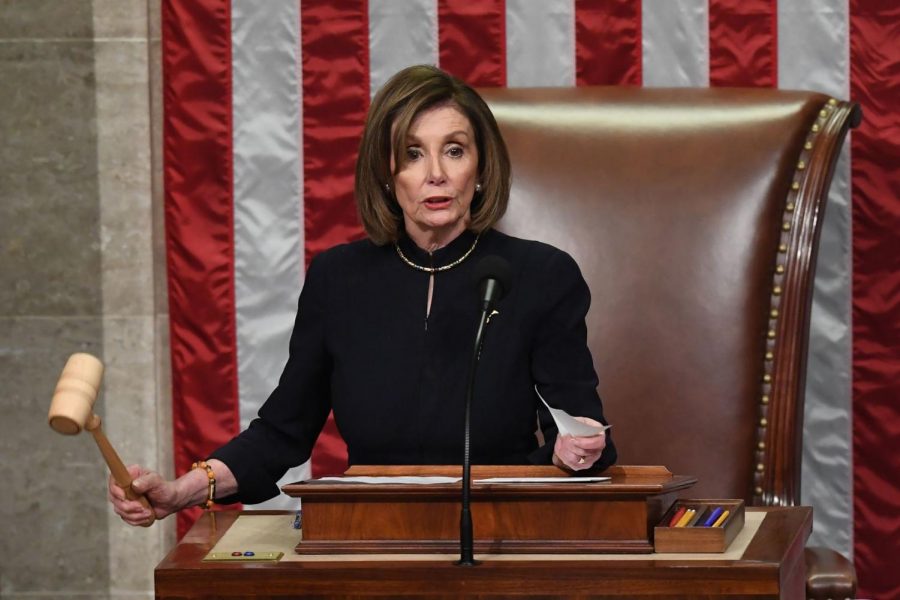 What was the top political event of the decade?

It’s no secret that one of the most controversial political ideologies dividing Republicans and Democrats is healthcare. That’s why Obama’s signing of the Affordable Care Act on Mar. 23 took the United States by storm, especially considering that the bill received not a single Republican vote in either the House of Representatives or the Senate. The passing of ACA, in spite of low national approval rating and numerous legislative issues, represented a time of Democratic control over the federal government.

Nearly a decade after the 9/11 terrorist attack shocked the country, organizer of the attack Osama bin Laden was finally located by the C.I.A. and executed by Seal Team Six. The announcement of his death was met with endless praise and celebration from American citizens. In the minds of many, the man who’d eluded the government for so long and was responsible for the deaths of 2,996 men and women had met his rightful demise. As Obama declared, “justice has been done.”

It’s terrible that this can even be said, but hearing about mass shootings on the morning news has been all too commonplace this decade. Regardless, the aftermath of each one is always devastating and the Dec. 14 shooting at Sandy Hook Elementary school was no exception. For many, this particular shooting was especially tragic because 20 of the 26 victims were children between six and seven years old. The remaining six were teachers and staff members. Since the event, parents of the victims have created initiatives like Sandy Hook Promise, dedicated to educating the public about gun violence and hopefully preventing future attacks.

For the first time in 14 years, the federal government went into a shutdown from Oct 1 to 17. The issue was over budgeting and funding for Obamacare. Republicans wanted one thing, Democrats wanted another, you know the drill. It became impossible to keep the government up and running when no one could agree on the new fiscal year’s budget. This was not necessarily a good look for the then-President.

On March 8, Malaysia Airlines Flight carrying 227 passengers and 12 crew disappeared without a trace over the Southern Indian Ocean. Some debris was found, but neither the plane nor the 239 people aboard have ever been found. Naturally, this tragic mystery was a breeding ground for conspiracy theorists, who’ve contributed the disappearance to everything from a hijacking situation to a shoot-down and have even blamed alien abductions and black holes.

A lot has changed since 1970 when a same-sex couple in Minnesota applied for a marriage license, were denied, and had their case shipped to the Supreme Court. After decades of the U.S. Supreme Court declining to make a blanket statement of legalizing same-sex marriage in all 50 states, June 26, 2015, marked the end of the battle. The case of Obergefell v. Hodges concluded: “Their hope is not to be condemned to live in loneliness, excluded from one of civilization’s oldest institutions. They ask for equal dignity in the eyes of the law. The Constitution grants them that right.”

In what was not only one of the worst mass shootings in United States history but also a hate crime at that, 49 people lost their lives on June 13 when a man attacked the Pulse nightclub in Orlando, FL. Although no group claimed responsibility, the tragedy was praised by ISIS sympathizers online. The nation responded in outrage at the untimely police and paramedic response, and sadness for the innocent victims and their mourning families and friends. A number of news stations gave on-air tributes as well.

The Oct. 1 shooting at a country music festival in Las Vegas surpassed the Orlando shooting as the worst in modern U.S. history. 59 people were killed when the gunman fired at the crowd from the 32nd floor of a building, and a total of 869 more were injured from both the gunfire and the resulting panic. No motive was ever found, but the massacre gave steam to growing controversy over the Second Amendment and gun law. For the survivors of the attack and the families of the victims, life was changed forever.

Florida Governor Rick Scott ordered for government flags at half-mast the days following the Feb. 14 shooting at Marjory Stoneman Douglas High School. A 19-year-old former student opened fire and killed seventeen adults and children. The starting footage from this event sparked student protests across American schools and revived the debate over gun control. Despite Parkland being considered one of the safest cities, this tragedy is now among the top ten deadliest mass shootings in modern U.S. history and will be remembered for years to come as thousands of students and parents cope with the deadly actions of one.

It’s official—President Donald Trump is the third president to successfully be impeached following Andrew Johnson and Bill Clinton. Trump was impeached on abuse of power and obstruction of Congress as stated by the two articles passed by the House of Representatives. Now, Trump will be put on trial and the Senate will decide whether or not he is to be convicted and removed from office, which is unlikely considering that the Senate is majority Republican. Regardless, his presidency will undoubtedly be one to go down in history surrounded by controversy.