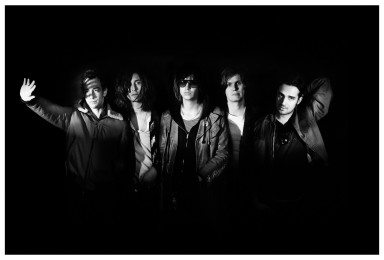 The Strokes are back after a two-year hiatus with the release of their fifth studio LP, “Comedown Machine.” Despite the general disappointment stemming from their fourth album, “Angles,” Strokes fans all around the world seem to be pleased with the outcome of this album – and rightfully so. “Comedown Machine” features all of the modern-sounding techno aspects that The Strokes were attempting to portray through “Angles,” with just the right amount of sound from their first album, “Is This It.”

Though the initial reaction to their first single’s played up synths and unexpected falsetto caused fans to brace themselves for another electrically charged album, they were relieved to find that “Comedown Machine” features numerous “older” sounding tracks with catchy guitar riffs, fast-paced drum beats, and lyrics that are bound to be great to sing along to at a concert. All in all, The Strokes and their fans should consider this album a success.