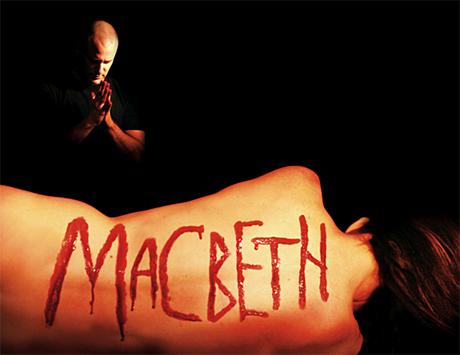 According to an age-old superstition the name of Shakespeare’s tragedy “Macbeth” is believed to be cursed. Actors often avoid saying the title, instead using “The Scottish Play.”  Urban legends aside, the Intrepid Shakespeare Company showed no such fear as they put on a fabulous production of the play with the help of San Dieguito Academy interns who comprised most of the cast and crew.

The play got off to a bit of a shaky start as most of the actors sped through their lines at breakneck speed and the pace seemed entirely rushed.  These hurried opening scenes were tempered by the presence of actor Danny Campbell, the only non-student in the production, who portrayed Duncan.  Campbell seemed comfortable with the dialogue and gave his character much needed depth.  Eventually the rest of the cast followed the veteran actor’s lead and seemed to settle into their roles by the second act.

Some of the best scenes involve Macbeth (sophomore Andrew Moore) who is guilt ridden after ordering the assassination of his friend Banquo (senior Cameron Waggoner).  These scenes are punctuated by dramatic lighting and well-timed sound effects from the technical crew painting a stark picture of Macbeth’s tragic rise and fall from power.

Overall the SDA interns showed tremendous promise in their adaptation of an iconic Shakespeare play.  Besides the rough start, the actors finished the play in top form and as an observer I found myself engrossed in each character’s personal turmoil. Working with the professional actors of Intrepid Shakespeare should help them expand as performers and carry over to their remaining productions.