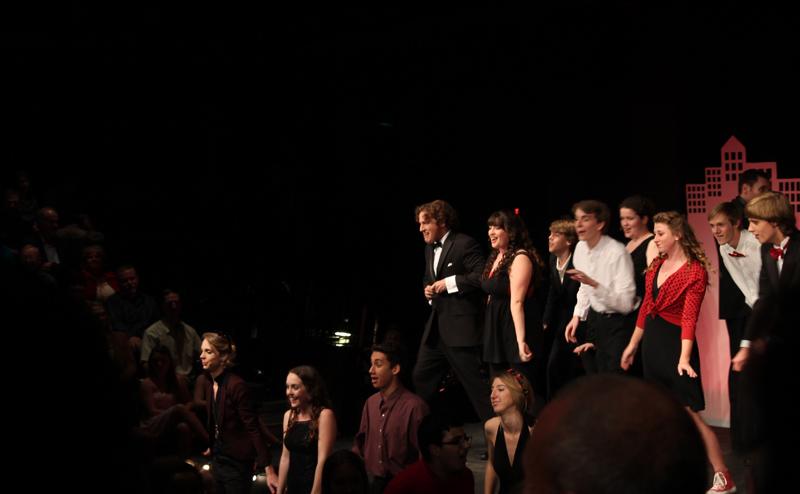 Students from both the music and theater departments get together to perform for Cabaret Night.

Over 250 people gathered at the PAC for Cabaret Night on Feb. 22. The fundraiser was put on by both the music and theatre departments and showcased the students’ collective talents with acting, singing, and musical performances.

“We are still tallying the proceeds from the event,” said band teacher Jeremy Weurtz as of Feb. 27.

Senior Katrina Smith, who was in the wind ensemble brass group, said, “My favorite part of Cabaret Night was getting to see what everyone else had put together.”

Seniors Trevor LaPlante, Carly Strait, and Rafael Swit were the MC’s for the night, and kept the audience laughing during transitions from one performance to another with witty banter.

The event was catered by Culinary Arts students, who provided such delicacies as goat cheese turnovers and chocolate cheesecake squares.

Before the show started and during intermission, attendees could choose to participate in various silent auctions and raffles. Among the prizes were two tickets to Ted x Encinitas, a $100 Lowes gift card, and a trip to a Maui.

Theatre, band, and outside students participated in the night’s finale, a Beatles medley which earned a standing ovation from the audience.