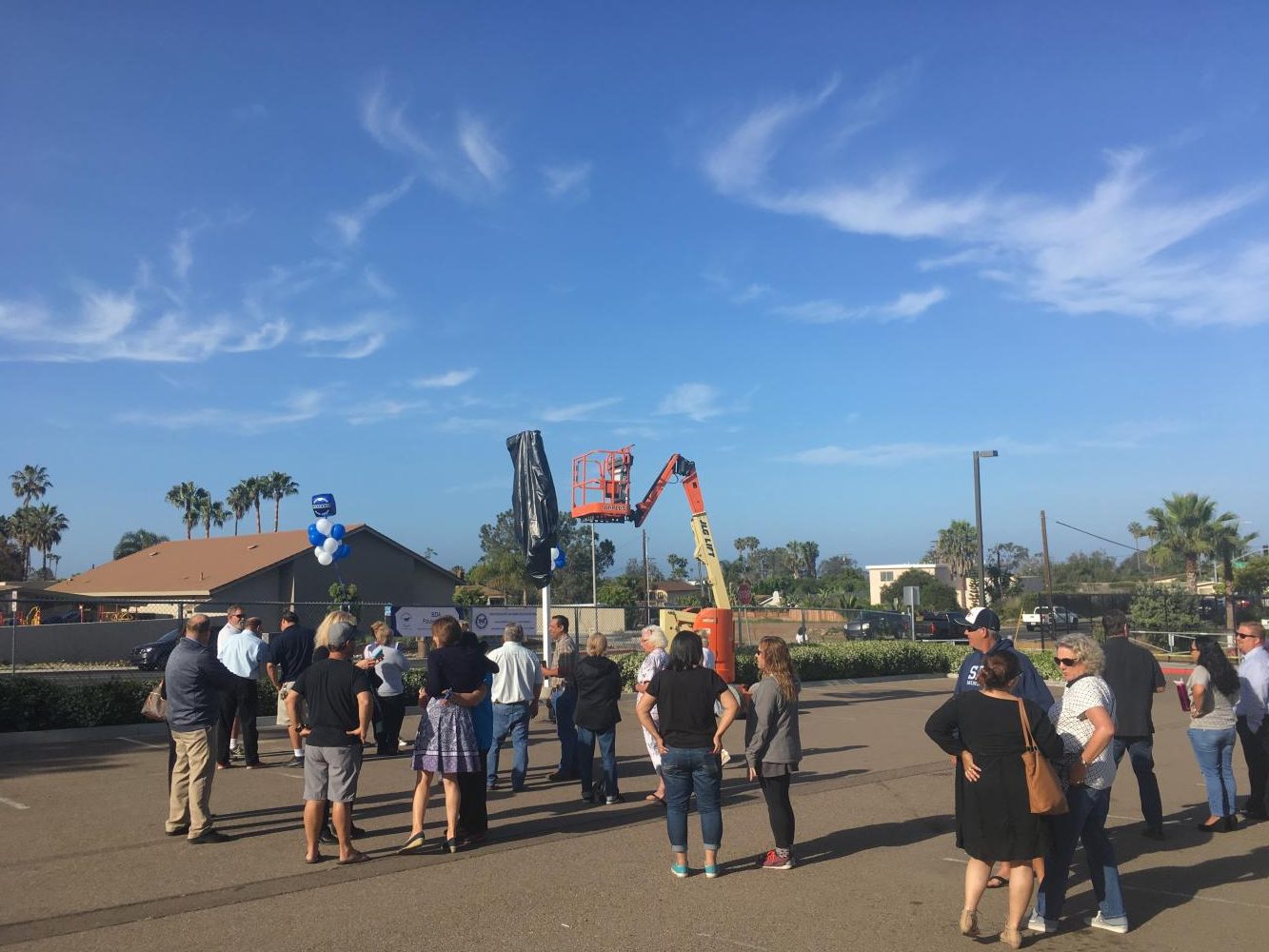 The iconic “Metal Mustang” now rides again on Santa Fe Drive, after being reinstalled April 27. The statue had been up for decades before it was removed during track construction and held by the school for several years.

The mustang was unveiled in the front parking lot before school to a crowd of teachers, alumni, district employees and students during late start. A group of small children at the preschool across the street also watched from their playground.

Senior Thea Farber, who was present at the big reveal, said, “I like that we’re able to put it back up and show it off again.”

The restoration process was a long one, according to speakers at the event. After it was taken down in 2013, it was held as a potential metal shop project before members of the SDA Foundation gathered community members and alumni to restore it in 2016.

One of the alumni who answered the call was Susan Williams, who was one of the mustang’s original artists. She repainted the statue after it was restored in June.

“I remember passing by it as a kid and wanting to go to this high school,” said senior Savannah Casey, who also watched the unveiling, “So it’s really exciting to see it back up as an inspiration, and kind of a symbol for our school.”