Last Friday, the first forum of the new decade brought about old issues and new excitement. An announcement of a new class, a clarification of a ‘cancelled’ class, and questions on a schedule change, a lot took place. Here’s the details you should know:

Questions arose about the apparent cancellation of SDA’s Surf PE after students planning to take the class discovered they instead were given a free 4th. At the forum, clarification was made that the class wasn’t to be discontinued but could not be run this semester due to a low amount of sign-ups. Some students may remember when AP Japanese last year had the same issue, leading to similar results as Surf PE. Administration took the time to stress to students that it wasn’t removed from the master roster however. Should enough students sign-up next year the class would be run. Admin and teachers encouraged students to promote and advertise the classes they want to run and some students expressed a want for admin and teachers to be transparent about classes that are and are not running.

Once again the issue of gender-neutral bathrooms took the stage. Students expressed their concern over the sparse options for nonbinary and transgender individuals as well as the distance they had to go to get to those bathrooms, often missing class time to do so. There was a suggestion of opening one of the staff bathrooms for gender neutral students and a complaint on the neutral bathrooms that were open for use being occasionally locked. Administration encouraged students to inform them if the bathrooms were locked and said they would come back with a reply next forum. Administration also suggested students communicate with their teachers about bathroom use.

Administration is working on a schedule change for next year, citing a need for consistent time for staff to work together.  Homeroom was on the table for change, from improvements to removing it for a late start every week or early off. An informal vote was held for who would prefer what and a majority voted in favor of more late-starts. Trade-offs would need to be made, however. The law for later start time was addressed, a student suggesting each year the start time being gradually pushed to the mandatory 8:30. Feb 12th’s forum is going to be dedicated to the bell schedule, with Chick-fil-a possibly being served.

Students worried about their peers juuling in the bathroom and minor graffiti. Administrations stated they are working against the juuling and encouraged students who see something, say something. Water fountains near the mosaic were said to be inoperable and a suggestion for another bottle filler near the 40s was made. Administration told students it depended on the infrastructure for another installation and once more stressed that students should tell them if any water fountains were not working.  Finally, a new class was announced: Jewelry and Art Metal is going to be coming to SDA next year and any students interested in taking should encourage their friends to do so too. 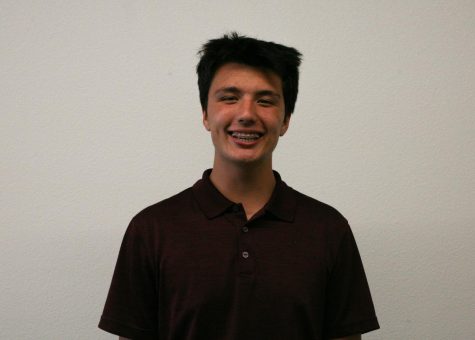 I'll get the hang of this 'writing' thing eventually.