Mustangs Across the Pond 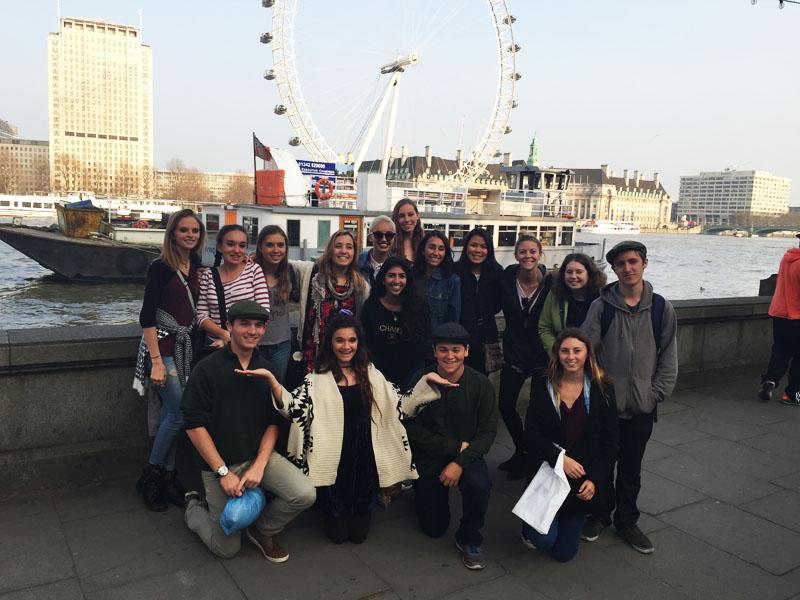 By Olivia Olander and Sarah LaVake

After 5,178 miles and what junior Margot Leach described as “a super long flight,” a group of 15 SDA students touched down in Cork, Ireland. This was the beginning of an almost 10-day trip that covered multiple countries and cultures.

Each spring break, students travel to Europe for a trip led by SDA math teachers Kristen Huy and Gail Lee. This year, students visited Ireland, England, and Wales. Along the way, they made memories and visited some of the world’s most iconic locations.

“Anytime you want to go anywhere, to Europe or anything like that, you have to prepare yourself ahead of time because you are going to have a long flight. It’s difficult but there’s a reward at the end,” said Lee. “We landed in Cork Ireland, we drove into Killarney, we took a 3 hour boat ride over the Irish sea to Wales, then we went from Wales into England. We went through Stratford-on-Avon and saw the home of William Shakespeare, and we ended up in London, and then flew back to the states.”

“It was really cool, I learned that not everywhere is like America,” said junior attendee Rachel Freeman-Cook.

Leach enjoyed hearing the myths from each area that “made the country what it is… There were war stories that weren’t necessarily true, and it was cool to link the stories we heard to what actually happened.”

Some students noticed a big difference in culture across the pond, like junior Gina Checchia. “The culture is so much simpler, life just seems not as fast paced and crazy as America… and it surprised me how they don’t have pedestrian right of way when they drive, so I almost got hit like 12 times. It was terrifying,” she said.

While all the travellers seemed to enjoy the trip, each had a different favorite memory. “My favorite memory was walking around the big cities with my friends… Just spending time with the people I love was really cool,” said Leach.

“[The best moment was] probably kissing the Blarney Stone in Ireland, because it’s supposed to be good luck and it’s really cool,” said Freeman-Cook.

“My favorite memory from the trip was when my friends and I were shopping in Camden Lock in London and we saw this homeless guy playing a broken electric guitar-type thing, and he had insane dreadlocks and he was playing for like 4 hours with the scariest facial expressions. I laughed so hard,” said Checchia.

“I thought Dublin was the best place we visited because we got to walk around the city all day by ourselves,” said sophomore Melody Sobhani.

Every student interviewed said they would recommend the trip to someone else.

“I think this was a fabulous trip, I would recommend this trip and make sure you travel light, stay hydrated, and plan on being tired [jet lag],” Lee said.

Checchia said, “Its a trip you’ll never forget with an experience that i think everyone should have at some time in their life.”