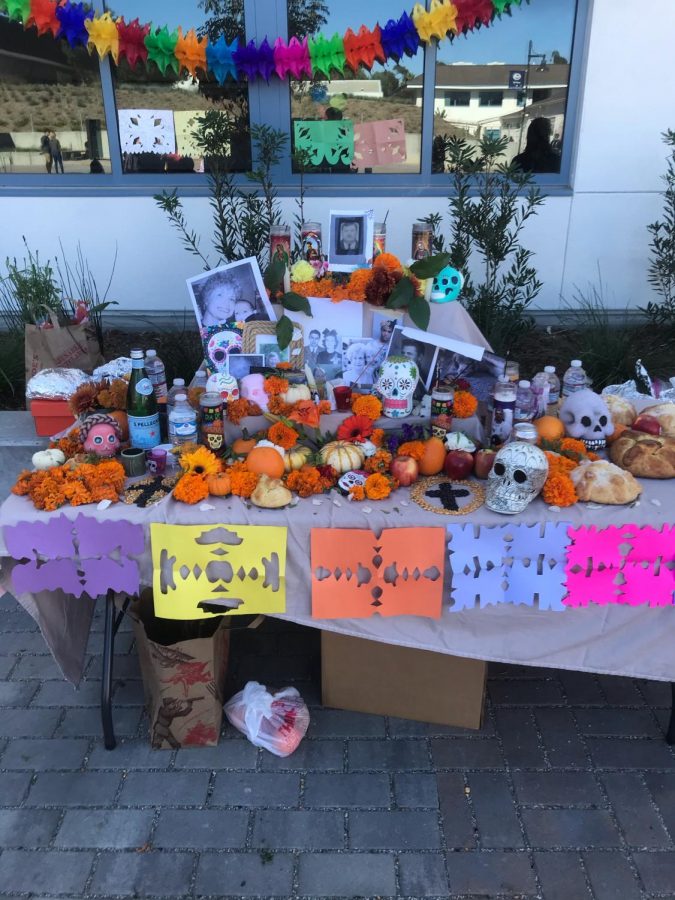 San Dieguito Academy students had the opportunity to immerse themselves in traditional Mexican culture during a Día de los Muertos festival taking place during homeroom and lunch. In front of the Arts and Humanities quad, students could be seen checking out colorful ofrendas, taking in the chalk art, or having their face painted as part of the festivities. Fellow students from Spanish classes handed out Pan de Muerto, a type of sweet bread eaten during celebrations, to those participating in the festival.

Día de los Muertos, which translates to “Day of the Dead”, is a holiday to remember and love those who have passed away. Despite being traditionally celebrated in Mexico, the holiday is cherished all around the globe. For some SDA students, celebrating Día de los Muertos had been initially introduced to them through their language classes. Freshman and Spanish student Ryleigh Ewanicki has been honoring the holiday since she was little. Ewanicki said, “We watched a movie about it in Spanish. Our teacher told us about how the first day is when people who died young visit and the second day is for the people who died older”.

The festival was not limited to just the students, as SDA staff and teachers participated themselves. Assistant Principal Celeste Barnette explained how she is still learning about Día de los Muertos herself. Barnette said she felt that the festival helped introduce students to a brand new culture. “I think it’s really cool thing for students to be exposed to another cultural experience. It allows them different access points to learn about a new experience,”she said.