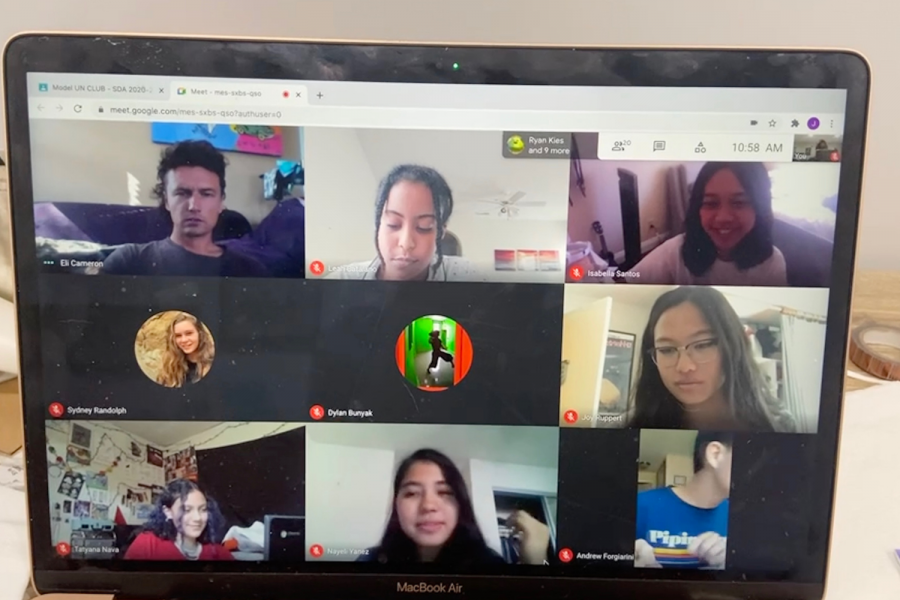 San Dieguito Academy’s identity encompasses student involvement in activities such as clubs. However, due to COVID, a lot has changed.

Despite all this, students and staff have worked tirelessly to make sure clubs are still part of our everyday lives even virtually.

Though clubs are still taking place it doesn’t mean that everything is how it used to be especially regarding technical problems.

Leah Catalano, the vice president of the Model UN club, notes her club’s initial difficulty was opening the meet and having people join.

Despite going virtual, members are still at an all-time high according to Christina Villanueva, the Young Leaders in Health club advisor. The YLHC has around 35 students currently enrolled in their club, which is around the average enrollment in her club every year.

The students joining the meets must understand that not everything will be the same as it would in person.

The YLHC club is no longer allowed to go to the local hospital or meet doctors in person. Instead, Villanueva gets her club members involved by promoting health classes and working on a project that they will present to a board of doctors at the end of the school year.

Similarly, Catalano says that while the club would normally travel in-person to conferences, this year there are online options available for them instead.

Catalano describes the club’s easiest way to get people involved is by holding virtual practice conferences. The Model UN club held a fundraising event at Blaze Pizza on Oct.26th to raise money for the club’s annual conferences.

Typically clubs will hold one meeting every two weeks to get students involved.  Catalano attempts to hold the club at the same time every other Monday.

“It’s easier to remember and allows opportunities to attend them,” Catalano said.

Clubs are easier to attend now more than ever. All it takes is a click of a button to interact with others, something that many of us don’t get the chance to do often in person.

Don’t worry if you missed out on the virtual club fair because there are still so many ways to join clubs that peak your interests.

To learn more, visit the ASB website to look for a club you would enjoy.

Leave a Comment
About the Contributor
Avery Wanzenried, Staff Writer