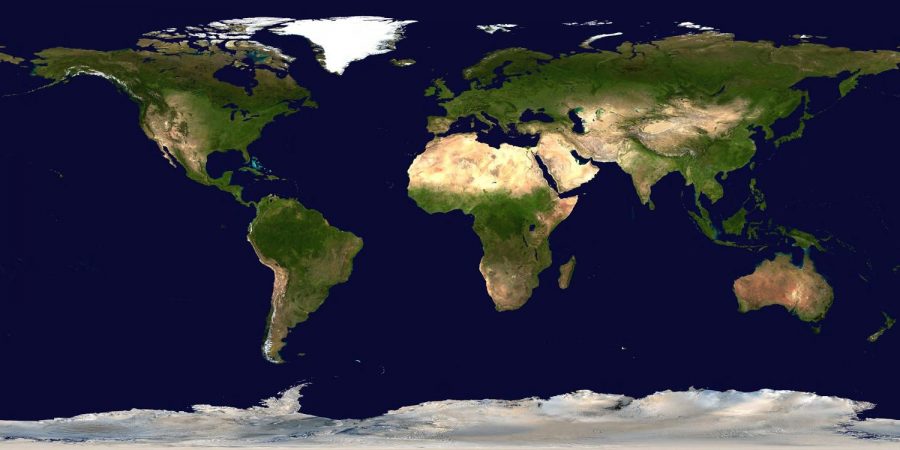 Americans were not the only ones tuning in to the presidential election this year.  Many international families and friends of The Mustang staff tuned into the polls as well. After the night ended, they gave us their opinion on Republican Donald Trump’s victory, discussing the candidates and how foreign relations may change.

“Yes I did follow the US election,” said Ren Ito, Japan. “Because I go to an American school here in Tokyo everyone around me followed the elections. I was honestly shocked with the outcome to be honest. It was very unexpected. I didn’t realize and I am sure the people around me as well never seriously took into consideration that Trump would become president. I think the effect on foreign relations is a very relevant topic especially living in Japan. For example topics such as Japan-US security alliance and TPP are issues that people are becoming concerned about. I am planning on attending college in the US and seeing on the news the chaos from the strong division of the two parties does scare me.”

What did you think about the candidates and the election?

“I think that the American people had to choose between two bad candidates,” said Ghantous. “Trump has a bad background and history with women, his  racist attitude against Muslims and immigrants. Clinton has a very extreme attitude in her foreign policy especially here in Middle East. Like the war in Syria and Iraq. Both of them support Israel in the Palestinian issue.”

“I would have preferred if there were more educated, experienced candidates, people who care more about peace,  unity and making the world a better place to live in. I think there was more excitement and interactions with these elections much more than the previous ones.  Besides I think there was some manipulation in the elections; it  wasn’t 100 percent clean,” said Maya Mozalbat, also from Israel.

“The elections were unusual compared to previous American ones,” said Yara Adel from Jordan.

“We are really surprised and a little frightened,” said Alessandro Veterini, from Italy. “We think that Trump will become the worst president of the U.S.A. because of his words about Muslims, Mexicans and women. We hope that he said it only to reach votes and that he will change his ideas because now he his the most important person in the world. Another thing that surprised us is the fact that Clinton obtained more popular vote than Trump and our English teacher has [started] a critique of the American electoral system.

What did you think about the outcome of the election?

“I think the outcome was very unexpected and shocking,” said 22-year-old Adel. “I followed the elections through media and social networks and thought that Hillary was the only rational option between the two but results showed that what Americans want is different than what we read , saw or heard.”

“[Trump’s] a moron and nobody is happy about it,” said Isobel Rudman, from England.

“I was surprised, even shocked, about the outcome of the election because I, like many other people here, thought and believed that the American people are intelligent enough and have that heritage of values so they will not elect a man like Trump as president,” said Ghantous. “On the other way Trump seems to have a better foreign policy.”

The fact [that] Trump was elected makes me laugh a bit because he is similar to Berlusconi, a former president of Italy…but Trump is more extreme than Berlusconi and also more powerful obviously, said Sara Veterini, from Italy. “I am sad that a country, which I thought was more advanced than Italy, is now repeating the same mistakes. But I think this is due to the fact that people don’t trust intelligence anymore, but they trust ignorance because it seems stronger. I don’t know if you got the point.”

How do you think the outcome will affect foreign relations?

“I think Trump has very unpredictable actions in general but he seems to have a new perspective of issues and that might be what the world needs at the moment… Finally, I have faith in American people and hope their new president will be part of the world’s efforts towards understanding and peace,” said Adel.

“I think it is too early to judge him but we can see and hear the negative and the reactions all over the world especially by the governments. Here in our region I think he will bring an end for the war in Iraq and Syria but he will not bring an end for the Palestinian people,” said Ghantous. “I think also his relationship with Europe will not be the same. It will be a cool relationship and he will be in confrontation with countries here in the Middle East and Latin America both for political and economic reasons.”

“I believe that the Israeli – American relationships are very important for both countries,” said Mozalbat, “since both of them were supportive to each other financially and politically. So, the results may affect my country positively or negatively depending on how the new president will act, his orientations and the calls he’s making.”