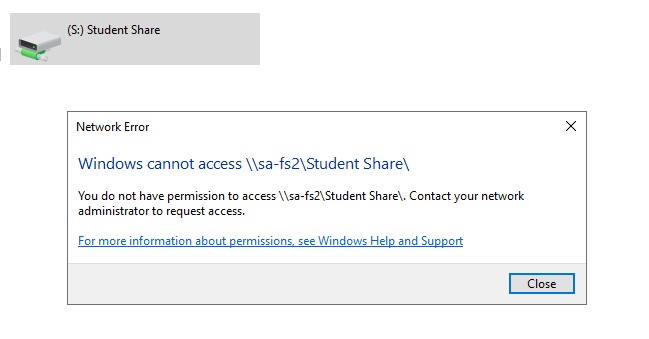 A malware attack launched on SDUHSD online data records on Friday, Aug. 9 resulted in the destruction of student storage drives and a temporary shutdown of the Aeries Portal. No personal data was stolen nor has anyone been apprehended.

Any information stored on the network’s S- and H-Drives, typically used by design, photography, and computer science classes, was lost as part of a system shutdown in an effort to protect any data at risk. According to San Dieguito Academy principal Adam Camacho, the technology department has been working to rebuild the network, reimage computers, and reinstall software programs.

The attack was discovered at Earl Warren Middle School, the location of the district’s network operations center, during a meeting with administration and district managers. In an email, staff was instructed to shut down all devices with internet access, including the Aeries Portal.

“That’s where all the personal contact information, home addresses, all that stuff is, so that system was shut down for protection,” Camacho said. “That’s why there was a delay with parents and students being able to access, especially for the process of returning their printed out emergency contact card.”

Camacho said the Aeries shutdown created a “mad scramble” to get the system back online because it contained the master schedule of teachers’ classes and periods that allowed administration to create permanent class schedules.

In terms of preventing future malware attacks, Camacho said that “we have pretty good defense in our district. Every public entity should. Our district is top of the line.”