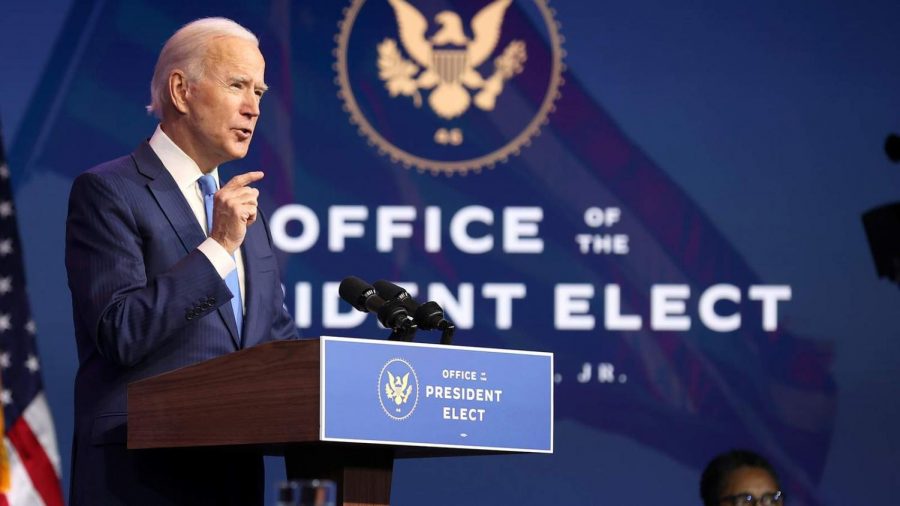 The United States Electoral College selected Democratic presidential candidate Joe Biden and his running mate, Senator Kamala Harris, as the next President and Vice President of the United States Monday evening. The decision cemented a Biden victory in the presidential race, despite massive opposition by incumbent President Donald Trump and his supporters.

The final count of votes was 306 for Biden and 232 for Trump. This placed the presidential challenger 36 votes above the 270 required for victory. The vote showed Biden as the clear winner of the 2020 presidential election and marked only the 11th time an incumbent president has failed to win re-election, the first in nearly three decades.

The selection follows weeks of President Trump’s efforts to flip electoral college voters and convince state governors to appoint voters in his favor instead. These efforts appeared to be unsuccessful, as electors cast their votes as expected without intervention at the state or federal level.

Following the vote, some Republican lawmakers urged their peers to accept the results, including Senate Majority Leader Mitch McConnell (KY). “The Electoral College has spoken,” said McConnell Tuesday, “so today I want to congratulate President-elect Joe Biden.” He also appears to have urged fellow Senate Republicans to oppose a House Republican movement to contest the election. The movement would create further disarray in the already divided Republican party by forcing lawmakers to choose between political allegiance and Constitutional practices.

Several other high-ranking Republican lawmakers, such as Senate Majority Whip John Thune (SD) and Sen. Roy Blunt (MO), also urged constituents to recognize the new president-elect. They stated that while they may not agree with Biden’s policies or ideology, they accept the American people’s will and integrity. “It’s time for everybody to move on,” said Thune.

Ongoing claims by President Trump and House Republicans that the election was fixed have created deep rifts between those who believe it and those who don’t. Both sides claim that the honesty of the American democratic system is at stake.

Following the President and several representatives’ attempts to discount the vote in certain states, Representative Paul Mitchell (MI) left the Republican party this past Monday. He cites the claim that the electoral college was inaccurate as the final straw. “It is unacceptable for political candidates to treat our election system as though we are a third-world nation and incite distrust of something so basic as the sanctity of our vote,” stated Mitchell, who is changing his political affiliation to Independent.

Mitchell’s actions show a wider alienation of more moderate or rule-adhering Republicans, who have moved away from the party following unsubstantiated claims of voter fraud and election manipulation.

“The American America, the rule of all, our Constitution, and the will of the people prevailed,” said President-elect Biden in a speech following the electoral college Monday. “Our democracy pushed, tested, threatened, [and] proved to be resilient, true, and strong.” He also moved to praise the voting movement from Americans across the country and the success of democracy at a national level and at a local one.

President Biden will take office and give his inauguration speech on Jan. 20, 2021.