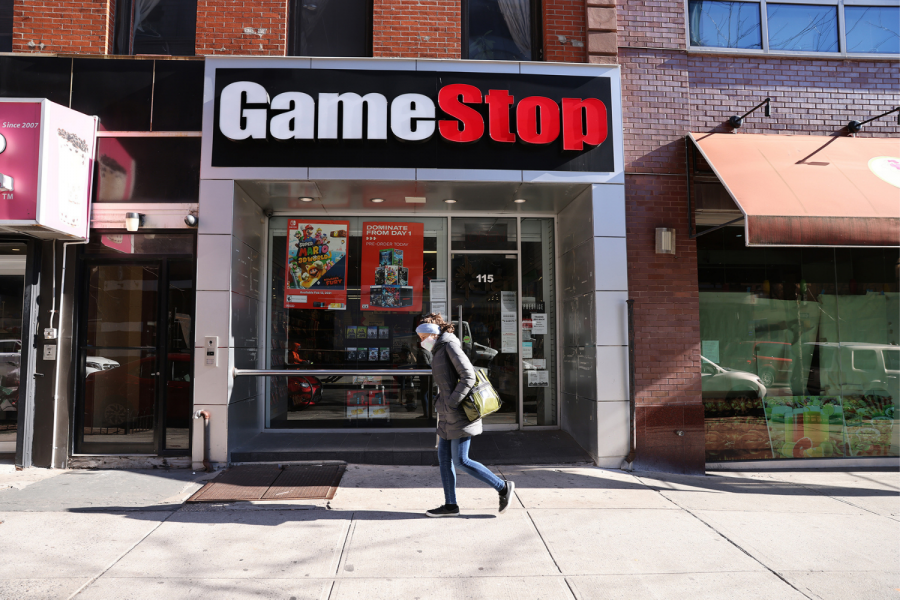 GameStop stock and its impact on the economy

Wall Street is in ruins after Redditors artificially inflate stocks

The final week of January started with a bang when a group of Redditors bought up copious amounts of stock in various companies, namely GameStop, to artificially inflate the prices of said stocks shocking the world of Wall Street.

Gamestop had been experiencing a rough time recently; their stock price has been dropping as they were forced to close storefronts nationwide, according to The Economist. Some Wall Street hedge fund managers and other affluent investors saw in this an opportunity.

To profit from GameStop’s ailing presence in the stock market, many hedge fund managers engaged in a process called “selling short.” These traders reserved a number of shares to be purchased at a later date– betting on the price being significantly lower at a specific later time– and when the date agreed upon rolls around, they buy the shares and pocket the difference between the price from when they requested the buy and the present.

However, this can backfire if the stock price is higher at the time of purchase than when the purchase was requested. The person or firm is still required to buy the shares they initially requested, potentially costing them millions of dollars.

A group of Redditors knew of this plan and attempted to force all the hedge fund managers and executives relying on GameStop’s failing business model to profit into a short squeeze as a grand statement against Wall Street suits what they represent to America.

As they laid back and watched the news of the skyrocketing stock price, the Wall Street establishment had their say on the matter.

Robinhood, named after the hero that steals from the rich to give to the poor, is a stock trading platform that has taken a decisive stance against the Redditors who staged this event.

When the GameStop stock price began to soar due to these Reddit day traders’ efforts, Robinhood froze the companies’ buying and selling stocks on their platform, sparking harsh backlash from the Reddit community. As expressed by the company through a twitter press release, it was “due to current market volatility.” However, many instead view Robinhood’s actions as an effort to protect Wall Street millionaires and the money they had bet on GameStop’s failure.

Robinhood users filed two class-action lawsuits in the state of New York against the company for their actions in preventing the trade of GameStop stock on Jan. 28.

According to the attorney speaking for Brandon Nielsen, the man behind one of these lawsuits, Nielsen claims that Robinhood is “purposefully, willfully, and knowingly removing the stock” to protect multi-million dollar companies from the potential repercussions of the market changes.

This lawsuit and the circumstances that brought it on will forward the discussion on how much influence third party services like Robinhood should hold in economic dealings and on the legality and lasting impact of acts like those executed by those on the subreddit r/WallStreetBets.