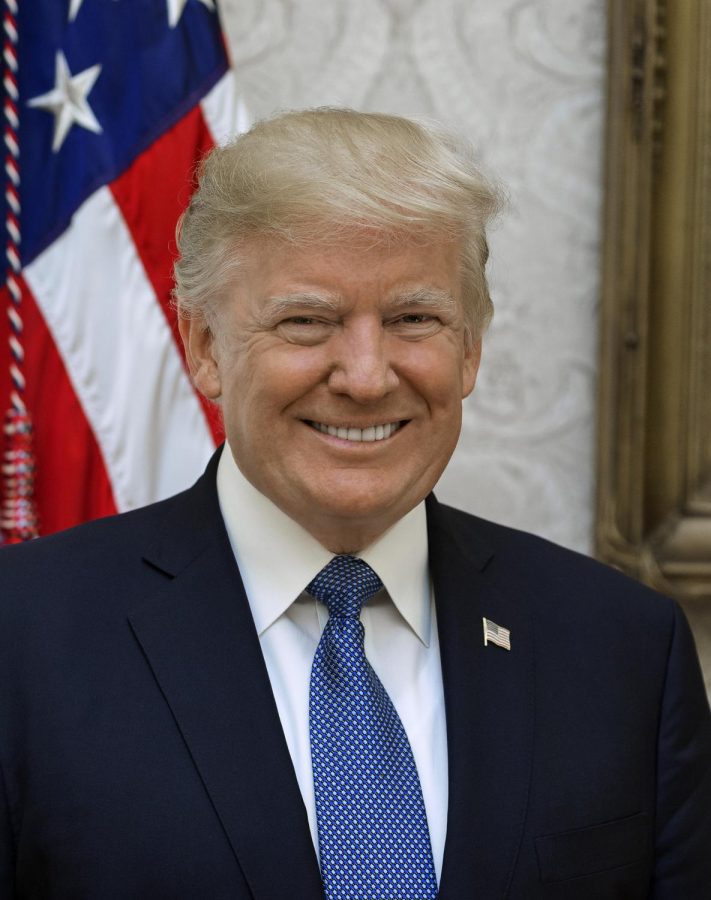 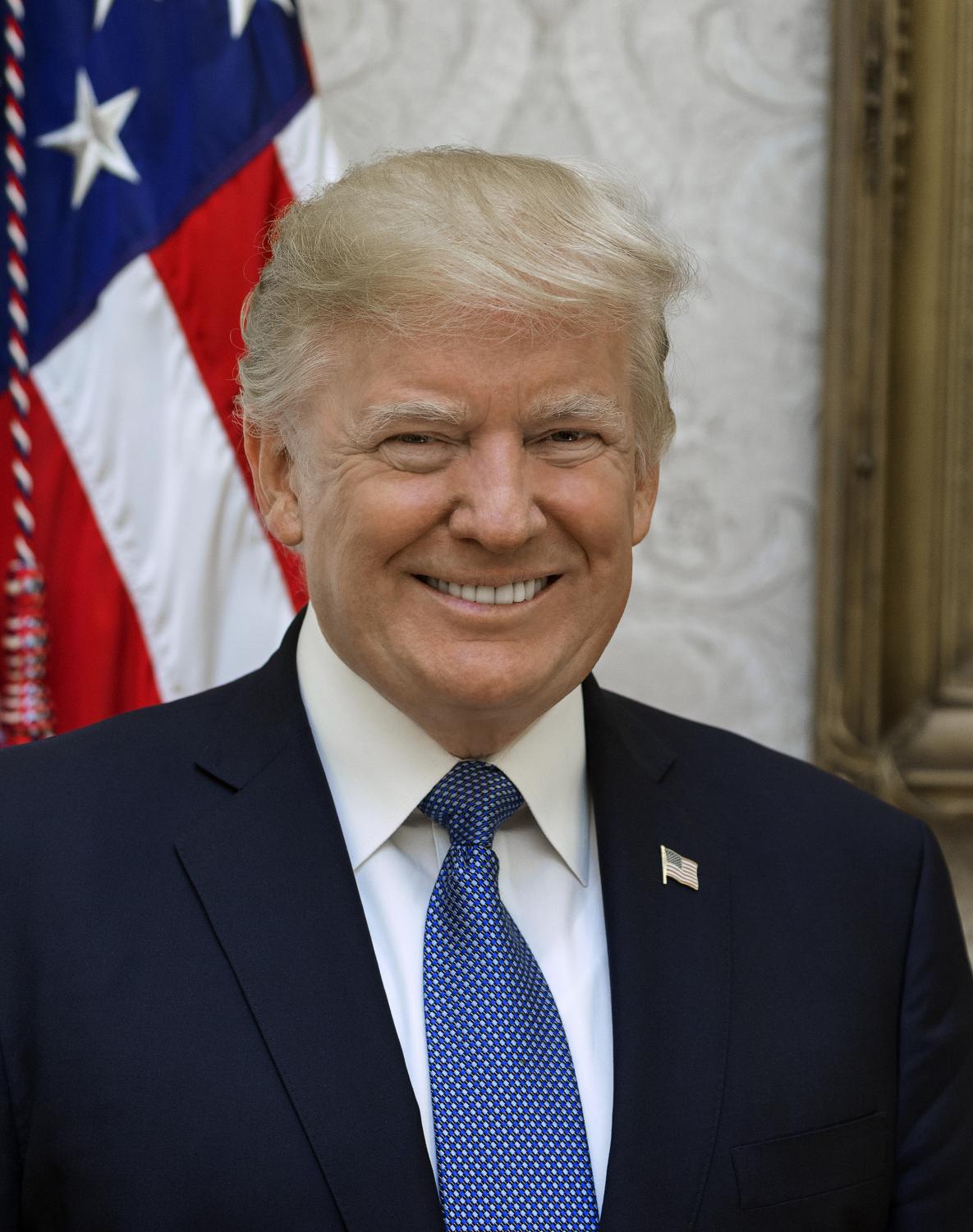 On Saturday, Justin Amash, a Republican, broke party lines to become the first member of the GOP to advocate for the impeachment of President Donald Trump. Just one day before, Amash tweeted his support for impeachment proceedings, Treasury Secretary Steven Mnuchin defied a subpoena to provide Congress with Trump’s tax returns and two days ago, Trump ordered former White House Counsel Don McGahn to completely disregard a subpoena issued by House Democrats. All of this, however, is just the tip of the iceberg when it comes to the many impeachable offenses that the President and his Administration has committed.

It’s no wonder then that Amash announced his newfound views on Twitter, saying, “Contrary to [Attorney General] Barr’s portrayal, Mueller’s report reveals that President Trump engaged in specific actions and a pattern of behavior that meet the threshold for impeachment.”

As this statement makes clear, President Trump, Attorney General Barr, and other members of the current Administration are not faithfully executing their duties required of the Executive Branch by the Constitution of the United States.

In fact, Mnuchin’s conduct is just one of many instances of the Trump Administration defying Congress’ duties of oversight. As alluded to by Amash’ tweet, even the Attorney General has acted in ways unbecoming of a person in his position.

For instance, Barr has refused to testify in front of Congress about his mischaracterization of the report submitted to him by Special Counsel Robert Mueller, who even sent a letter to the DOJ expressing his concerns with the way it was handled. Perhaps it makes perfect sense for Barr to downplay the extent of even the redacted version of the Mueller Report, since it clearly outlines how he was most likely only hired to act as the President’s Lawyer rather than actually doing his job as legally representing the government as a whole and leading the DOJ.

In volume II, page 3, the report states, “In February 2017, Attorney General Jeff Sessions began to assess whether he had to recuse himself from campaign-related investigations because of his role in the Trump Campaign. In early March, the President told White House Counsel Donald McGahn to stop Sessions from recusing. And after Sessions announced his recusal on March 2, the President expressed anger at the decision and told advisors that he should have an Attorney General who would protect him. That weekend, the President took Sessions aside at an event and urged him to ‘unrecuse.’”

Hundreds of former federal prosecutors have even signed a letter stating that if Trump was not the President, he would be charged with multiple felonies relating to obstruction of justice. The only reason why Trump has not been indicted is because current DOJ policy forbids a sitting president from such an occurrence.

As the report states in Volume II, page 1, “The Office of Legal Counsel (OLC) has issued an opinion finding that ‘the indictment or criminal prosecution of a sitting President would impermissibly undermine the capacity of the executive branch to perform its constitutionally assigned functions’ in violation of the constitutional separation of powers…’ This Office accepted OLC’s legal conclusion for the purpose of exercising prosecutorial jurisdiction. And apart from OLC’s constitutional view, we recognized that a federal criminal accusation against a sitting President would place burdens on the President’s capacity to govern and potentially preempt constitutional processes for addressing presidential misconduct.”

The report continues, “The OLC opinion also recognizes that a President does not have immunity after he leaves office. And if individuals other than the President committed an obstruction offense, they may be prosecuted at this time.” Even only a few pages into the obstruction part of the report, which makes up nearly half of it, Mueller stresses that indictments could be brought against Trump after he leaves office, which could happen if he is impeached and ultimately removed.

This of course leads to a rather important question: Should the President of the United States be impeached? In my opinion, it should have been done ages ago.

Senate Majority Leader and ardent supporter of the President, Mitch McConnell has stated in the past with regards to the impeachment of Bill Clinton that he is “completely and utterly perplexed by those who argue that perjury and obstruction of justice are not high crimes and misdemeanors.” The phrase “High crimes and misdemeanors” is exactly what is written in the constitution with regards to impeachment and removal of a president from office.

Trump may not have committed perjury (although he also responded that he couldn’t recall the answers to many of the questions given to him by the Special Counsel), but the report makes clear that Obstruction of Justice did occur. This of course ultimately means that he, in the past words of the current Senate Majority Leader, took part in high crimes and misdemeanors and should be removed immediately.

The report states on Volume II, Page 2 that “If we had confidence after a thorough investigation of the facts that the president clearly did not commit obstruction of justice, we would so state. Based on the facts and the applicable legal standards, however, we are unable to reach that judgment. The evidence we obtained about the President’s actions and intent presents difficult issues that prevent us from conclusively determining that no criminal conduct occurred. Accordingly, while this report does not conclude that the President committed a crime, it also does not exonerate him.”

Contrary to the President and Barr’s assertion that the report exonerates Trump, it very clearly does not and says so. There are indeed so many instances of possible obstruction of justice that it would take many, many pages to provide every example available.

However, perhaps the most prominent example of obstruction is in Volume II, Page 88, which presents what McGahn remembers doing with regards to the President’s request to end the investigation prematurely.

It reads, “…McGahn’s clear recollection was that the President directed him to tell Rosenstein [the then Deputy Attorney General] not only that conflicts existed but also that ‘Mueller has to go.’ McGahn is a credible witness with no motive to lie or exaggerate given the position he held in the White House. McGahn spoke with the President twice and understood the directive the same way both times, making it unlikely that he misheard or misinterpreted the President’s request. In response to that request, McGahn decided to quit because he did not want to participate in events that he described as akin to the Saturday Night Massacre. He called his lawyer, drove to the White House, packed up his office, prepared to submit a resignation letter with his chief of staff, told Priebus [Trump’s then Chief of Staff] that the President had asked him to ‘do crazy sh*t,’ and informed Priebus and Bannon [Trump’s former chief strategist] that he was leaving. Those acts would be a highly unusual reaction to a request to convey information to the Department of Justice.”

Ultimately, the report, with regards to obstruction, concluded on volume II, page 157 that “[The] investigation found multiple acts by the President that were capable of exerting undue influence over law enforcement investigations, including the Russian-interference and obstruction investigations. The incidents were often carried out through one-on-one meetings in which the President sought to use his official power outside of usual channels. These actions ranged from efforts to remove the Special Counsel and to reverse the effect of the Attorney General’s recusal; to the attempted use of official power to limit the scope of the investigation; to direct and indirect contacts with witnesses with the potential to influence their testimony.

The word “collusion” has also been thrown around a lot by the media and political pundits alike, but as the report points out, that isn’t an actual legal definition. This is why the previous excerpt uses the term “coordination” instead of “collusion.”

On volume II, page 78, the report says, “According to notes written by Hunt [Sessions’ then chief of staff], when Sessions told the President that a Special Counsel had been appointed, the President slumped back in his chair and said, ‘Oh my God. This is terrible. This is the end of my Presidency. I’m f**ked.’ The President became angry and lambasted the Attorney General for his decision to recuse from the investigation, stating, ‘How could you let this happen, Jeff?”’

If this account by Hunt is true, then would there really be any reason for Trump to say “I’m f**ked” if he wasn’t terrified of what the investigation might uncover about his ties to Russia or other things he may be hiding in his ever elusive tax returns? At the very least, even if the report found there was no coordination, he certainly could have been scared of the fact that people would view his presidency as “illegitimate,” which is further corroborated by other witnesses in the report.

Because there was probably no chance of him winning without the help of the Russian Government, which “interfered in the 2016 presidential election in sweeping and systematic fashion,” Trump saw no other option than to impede its progress because he couldn’t handle the truth. He may argue that this investigation was a “witch hunt” and prevented him from being an effective leader, but ironically, his efforts to stop it from happening will be his eventual demise.

The picture that the report paints of our President is of a man who is willing to break the law and undermine centuries old institutions in order to hide the fact that he had help from the Russian Government, which is why Congress must act now in order to uphold their constitutional duties and prevent a dangerous precedent from being set that allows the President and the rest of the Executive Branch to be above the law.