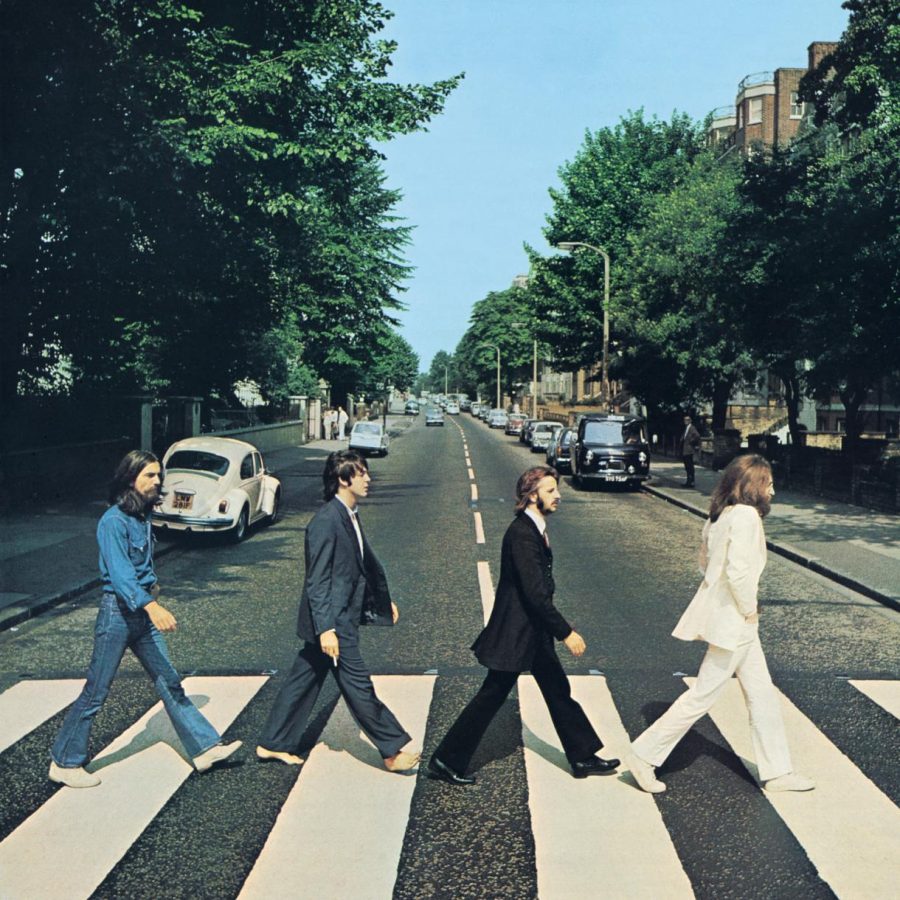 Album Cover of Abbey Road by The Beatles

“A Night at the Opera” will always be one of the most influential albums of it’s time. When Queen produced the album, they were essentially making an opera album, a massive risk during a time of rock and roll. The album consists of songs like “You’re my Best Friend,” “Love of My Life,” and is led by possibly the greatest piece of music ever produced: “Bohemian Rhapsody.” has the reputation of being the most streamed song in the 20th century with 1.6 million streams. The album sold over six million copies worldwide and was on the Billboard Charts for 17 weeks after it’s release.

“The Rise and Fall of Ziggy Stardust” and the Spiders From Mars is one of David Bowie’s most famous albums and is filled with amazing songs. The album includes songs like “Moonage Daydream,” “Starman,” and “Suffragette City.” The album was chosen for preservation by the Library of Congress in the National Recording Registry for being historically or artistically significant. The album has fewer sales compared to the rest of the albums on the list, but the quality of songs are still amazing and are still listened to today.

“Californication” is a packed album by the Red Hot Chilli Peppers, and it helped the band rise to fame in the 2000’s. The album has an insane collection of songs such as “Scar Tissue,” “Around the World,” “Otherside,” and of course “Californication.” These songs are some of the band’s most well known songs, and it all came from this one album in 1999. The album not only had its success in the United States, but internationally as it sold 15 million copies worldwide. Each song in the album has various themes of the California lifestyle. “Californication” has over 663 million views on YouTube, more than Michael Jackson’s “Thriller.”

Seven on this list is the best selling reggae album ever: “Legend” by Bob Marley and the Wailers. The album stayed on the charts for 588 weeks (10 years), the second longest time in the history of the Billboard 200. It sold over 28 million copies worldwide since it’s 1984 release, and continues to sell 3,000 to 5,000 copies a week. The album has only Bob Marley’s hits, with songs like “Jamming,” “Is This Love,” “No Woman, No Cry,” “One Love,” and “Redemption Song.” The list goes on and it is definitely the most well rounded album on this list. “Legend” is filled with beautiful lyrics that play directly to the heart.

“Led Zeppelin IV” is an amazing album with two of the greatest rock songs of all time. The album will always be defined by “Stairway to Heaven,” the band’s signature song. The album also features “Black Dog,” a track famous for its legendary guitar anthem, and ranked number one in Q Magazine’s “20 Greatest Guitar Songs.” The album did great financially with 37 million copies sold worldwide. The only reason the album did not rank higher for me was because it was carried by only two major songs, but it will always be an amazing album regardless.

Another great rock album on my list, “Appetite for Destruction,” offers everything. The album features tracks such as “Welcome to the Jungle,” “Paradise City,” and “Sweet Child O’ Mine.” The album has sold over 30 million copies worldwide, making it one of the best selling albums in history. Without this album we would never have been able to feel the hype that comes from the guitar riff in “Welcome to the Jungle,” a song considered by some as the greatest hard rock song ever.

“Back in Black” in my opinion is one of the best albums on this list regarding the quality of songs, but it doesn’t have the same influence as some of the other albums on this list. The album contains songs like “Back in Black,” “Shoot to Thrill,” “Hells Bells,” and “You Shook Me All Night Long.” The album is the second most sold album in history, with 50 million copies sold around the globe. The album shaped hard rock in the 80’s and is massive in pop culture. Tracks in the album are heard many times in movies, some examples being “Iron Man” and “The Avengers.”

“Abbey Road” has the most famous album cover in history, easily recognized, and has made huge appearances in pop culture. Since the release of the album that specific crosswalk has become a massive tourist attraction in England and people come from across the world just to cross that road. As for the album itself, it has sold more than 15 million copies worldwide and it includes tracks such as “Come Together” and “Here Comes the Sun.” While the album may not be the best album musically, it has easily the most influential cover on this list.

In my opinion, “Thriller” is the greatest album of all time. Without this album, I have no idea where the world would be right now. Besides “Thriller” which would already carry the album into fame, it also has “Billie Jean” and “Beat It.” Those are three songs that are massive in pop culture and are still some of the most popular songs to date. The album is also the highest selling album ever, with 66 million copies sold worldwide, and some estimate it could have been up to 120 million (120 million is an unreliable figure). The album won eight Grammys, a record in 1984. The only reason that it is not first on my list, is because the album was not as influential as the album in first.

“Nevermind” by Nirvana for me is the most influential album in history. An overnight success by Nirvana that kicked Michael Jackson from the charts and brought rock back to the top. There is no other album that had such a massive influence on its generation. This album made teens of the 1990’s turn punk and rebel. They would blast the epic riffs and explosive lyrics on their speakers and become inspired by what Kurt Cobain had created with this album. The album had songs such as “Smells Like Teen Spirit,” “Come as You Are,” “Lithium,” and “Breed.” The album sold 30 million copies worldwide and defined the 90’s.