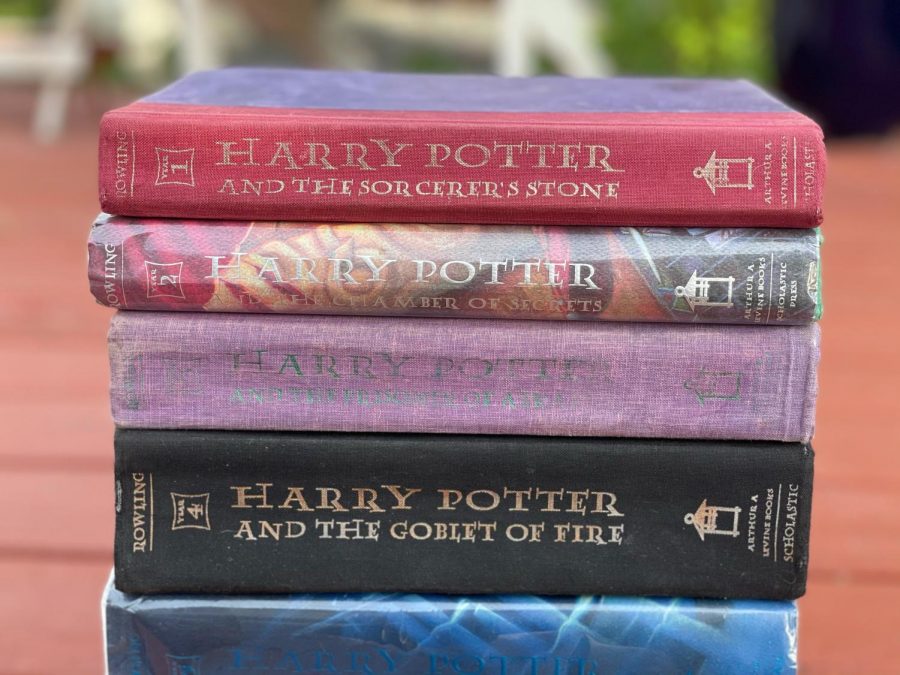 Opinion: Hogwarts is tainted, but it might still hold magic if you need it

Despite her efforts, Rowling can’t tarnish the magic of the Harry Potter community

Like most people, I can pinpoint one moment when my life entirely changed. I was eight years old, outside in my swing, on the phone with my grandma. I was listening to her tell me how amazing the Harry Potter book series was. Doubtful, I told her I didn’t want to read it– too violent, too scary, too magical; I didn’t understand it. However, instead of simply letting it go, my grandma made me read one chapter. Just one.

My entire life changed the moment I carefully and hesitantly opened that book. I was no longer just Kaya– I was all of these characters, too. I began to carry an entirely new life within myself; I had a community in the Harry Potter series that I never had anywhere else. I loved it.

That is why when J.K. Rowling’s controversy about her transphobic tweets came out in 2018, I was disappointed and shocked. Instead of Harry Potter being a magical refuge for millions of people, a new generation of Harry Potter fans now have to grapple with the effects of what Rowling said and decide how to move forward.

When I think about Rowling’s tweets, the first thing I have to think about is that I am a person of immense privilege. I am quarter Phillipino, but I appear to be overwhelmingly White and I don’t feel discriminated against based on my race. I am female, and even though my gender is discriminated against on a somewhat unfathomable level, I have the surprising privileges of being in a mainly well-to-do town, and I have never experienced direct discrimination based on my gender. I don’t currently identify as LGBTQ+, and although I have many friends and family members who do, I have never faced discrimination because of that, either. I am still learning and living a life where hopefully I can continuously work to be a more inclusive, anti-racist, and accepting person.

Of all the topics J. K. Rowling could choose to champion, I am surprised and disgusted that she decided to champion the one she did. Many members of the Harry Potter fandom are LGBTQ+, and it has become a wonderful and accepting world for everyone.

However, despite Rowling’s actions, I’m not sure how I could ever stop adoring Harry Potter. Harry Potter was such an integral part of my life, and I don’t know if I could ever truly drop it– not completely. I appreciate Harry Potter for its escapist, joyous world-building. I have read the series many times, more than I can even begin to count, and I want to continue to do so in the future. I made a place for these characters in my heart; I can’t just say goodbye to them now.

Am I supposed to stop adoring something I have loved for almost all of my life? It feels almost impossible for me to give up something that feels like it’s ingrained into a part of who I am. If I stopped reading the series, it wouldn’t stop the Harry Potter references that constantly pop into my head, or my adoration for the books. I feel that having a love for the series does not mean my beliefs align with Rowling in any way.

However, many individuals find it difficult to look past Rowling’s comments. An interesting example of this is an article in the New York Times. In it, the author, a trans man, details how Harry Potter made him feel included and safe as a trans but not-yet-out child and now adult, and, conversely, how J.K. Rowling’s tweets made him feel disappointed. Yet, at the same time, he values the community and wishes Rowling had held respect for them in the first place. Despite his willingness to continue to be a part of the Harry Potter community, I can’t even imagine how painful that would be to discover that an author you adored so much held such discriminatory views against your identity. It is so painful to realize that someone who created such a glorious world might not want you to take part in it simply because of who you are.

Despite Rowling’s actions, however, the Harry Potter fandom itself is one of the most amazing and valuable communities I have ever seen in my entire life. In this diverse group of people, we have people with all abilities, genders, skin-colors, values, political-parties, sexual-orientations, and even some people who think that George is the funnier Weasley (but we don’t really talk about them). They help each other when they are hurt, happy, and are there for one another when J.K. Rowling seems to turn her back on many of her fans.

The Harry Potter community has taken the book series and made it their own. The moment Rowling finished the series, it wasn’t just her’s anymore. Harry Potter became the world’s to see and digest, and that’s when it became amazing. The second she lifted her pen from the page, the words and the characters ran away and became something we all carry now, for as long as we need them.

However, I understand that my words have power, and I don’t want to use them uselessly. I see that as a person who puts a pen to paper, I have a certain responsibility to make sure my words are open and inclusive and that everyone who reads them feels included and respected. I do hope, with all of my heart, that every author will adopt this sentiment, and I wish desperately that J.K. Rowling had chosen to write with respect in the past. I can’t just say goodbye to Harry Potter now.

I understand why someone would not want to read the series anymore; however, despite all the hate and discriminatory remarks, there is room for you in Hogwarts. Come see us in the overwhelmingly colorful and accepting Hogwarts community. I’ll scooch over on the patched-up maroon and gold couch, light a fire in the common room, and give you some Bertie Bott’s Every Flavour Beans.

One Response to “Opinion: Hogwarts is tainted, but it might still hold magic if you need it”