Joshua Tree is one of the many national parks being trashed during the government shutdown.

Opinion: The parks are a wreck.

If you happen to have glanced at the news lately, you might have noticed that our government is going through an interesting dilemma.  Under the Trump administration, America is currently in the middle of the longest government shutdown in its 238-year history.  As you might expect, this has had many consequences for the country as a whole: federal workers are having their paychecks delayed, possibly to never get repaid, veterans are not receiving benefits, food-safety operations are ceasing, nutrition programs for women, infants, and children are being disrupted, disability benefits are being interrupted.  If the shutdown goes on much longer, kids with cancer could get turned away from treatment.  This shutdown no longer feels like a temporary decision for the good of the country, or something that is “desperately needed” as Trump put it in one of his tweets.

The most recent victims of this countrywide crisis are America’s national parks.  During past government shutdowns, the president has responded by closing the national parks due to a lack of employees and funding to properly care for them and the people who visit.  This course of action, however has not always been supported by the public.  During the last shutdown under the Obama administration, there was a large uproar from American citizens.  When the same thing began to happened after the 2018 shutdown, the government responded by allowing the parks to stay open even with almost no government support to back it up.  This has had serious consequences for both the parks and the people visiting them.

Despite the parks remaining open, the number of employees protecting them and their visitors has been cut drastically.  Since the beginning of the shutdown there has been a lot of damage done to the environment.  People are trespassing illegally on protected areas, vandalizing plants and landscapes, and possibly irreparably disturbing the animal’s ecosystems.  Waste that lacks the funds to be cleaned up has begun spreading to open areas, along roads, and at overflowing toilets.  Without park officials to educate visitors on the proper places to walk, park, camp, and drive, people have spread to restricted areas, threatening the wildlife there.  Besides the flora and fauna, many people have been put in danger due to the lack of supervision in the parks; at least 7 people have died in national parks since the shutdown began.

Close to home, Joshua Tree National Park has suffered many counts of vandalism and carelessness that have led to possibly permanent destruction of the desert.  Areas that were previously pristine are hurting because the park lacks the funds to keep enough staff to properly manage the visitors: car tracks have begun to spread across the desert, endangering the animals that live there, and people have carved into the park’s namesake trees and even chopped them down.

Despite the damage that many people have caused the national parks, the shutdown has also brought out the best in the communities surrounding them.  Many volunteers have formed groups to help clean up their local land that has been left unprotected.  This environmental crisis has brought people together to take care of what is important to them in place of those who can no longer afford to. 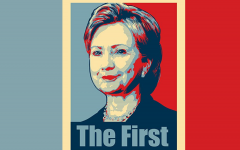 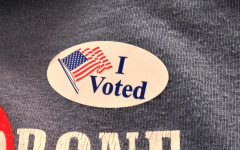