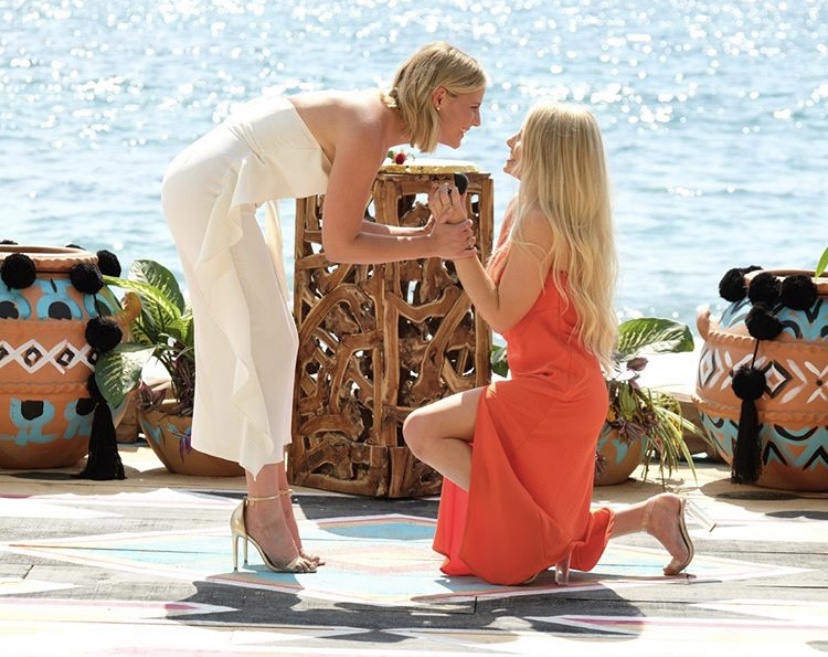 Gallery|2 Photos
Photo Courtesy of The Bachelor instagram
This season of Bachelor in Paradise made history with the first same-sex couple.

Why you should (maybe) watch the Bachelor

Even those who have never watched “The Bachelor” or “The Bachelorette” have probably glanced over enough “People Magazine” covers in grocery store checkout lines to have had some small shred of the drama drift into their subconscious: “Jed Wyatt had a girlfriend all along!”, “Tyler Cameron is now dating Gigi Hadid!”, “Hannah Brown is tired of the lies!”.

The franchise is contentious in nature. The concept is bizarre: take a bubbly, enthusiastic twenty-something-year-old and force him or her to choose someone to marry out of a pre-selected group, all while under the constant guidance and observation of producers (and, of course, the franchise’s all-knowing creator, Chris Harrison). It takes something that generally requires lots of time— building relationships— and forces it to occur in an artificial environment and under a time-constraint of only six weeks. Many view it as vapid and low-brow, and I won’t argue that those criticisms are entirely unfounded. However, there is a reason that “The Bachelor” and “The Bachelorette” are some of ABC’s most watched shows. Once a skeptic myself, I’ve come to be genuinely invested in the contestants’ lives. Is it a bit creepy? Yes. Is it a good system for establishing a life-long romantic partnership? Probably not. But is it wildly entertaining? Absolutely.

In order to strengthen my case, I spoke to another fan of the franchise: San Dieguito Academy art teacher Zachary Ramirez.

Ramirez said he has been consistently watching since Arie Luyendyk’s season of “The Bachelor” in 2018. “It’s so cringy. I think it’s funny. The people that they get to go on the show are really strange.”

Ramirez admitted that watching the show is “definitely a guilty pleasure,” but that it’s “also really interesting.”

“It’s a fun thing to watch with other people,” he said. “You start off doing it because you’re like, ‘this is dumb, and I’m gonna laugh at it,’ but it really sucks you in. I got my dad into it too, so now we watch it together.”

The general consensus on the franchise is that it’s better— significantly better— when watched with others. Anna Miller, an SDA alum, said that, “watching it isn’t like watching a movie with your friends. It’s very social.”

She also mentioned that she got both of her grandmas into it. “At first, my grandpa was ashamed that his whole family was watching ‘The Bachelorette’. It caused some conflict, but he came around eventually. Now he likes it, too.”

Although Marley Jaoudi, an SDA senior, could not relate to Miller on the topic of the franchise impacting family bonds, she did say that getting together to watch it each week had strengthened her friendships. “It’s really interactive. We all have opinions to share. John Paul Jones is great, Luke P. is the worst, Dean’s mustache is gross.”

As excitedly mentioned by both Miller and Jaoudi, the recent finale of “Bachelor in Paradise” included the show’s first ever same-sex proposal, with Bachelor alum and fan favorite Demi Burnett proposing to her girlfriend Kristian Haggerty. “It’s about time,” Jaoudi said. “I hope that, eventually, it won’t be made into such a big deal. I think the show would be more interesting if there was a mix of sexual orientations.”

Jaoudi, Miller, and Ramirez all said they agreed that the show could improve significantly in terms of racial diversity. After 38 combined seasons of “The Bachelor” and “The Bachelorette”, there’s been only one non-white lead— one of the many reasons that the loveable Mike Johnson, who would’ve been the franchise’s first black bachelor, was both Jaoudi and Miller’s first choice for the next season’s lead. However, Peter Weber, another contestant on Hannah Brown’s Bachelorette season, was selected for the role just last week.

Weber, a commercial pilot and California native, perfectly fits the Ken Doll-esque “bachelor mold” that’s been established in past seasons; he’s charming, funny, and likeable, but he’s also clearly the “safe” option, and many viewers— myself included— have grown eager to see someone a little less conventional take on the role.

Of course, it’s hard to predict how exactly the show will evolve in the coming seasons; hopefully, though, it will continue to grow more inclusive and less homogenous— all while maintaining its ridiculousness. 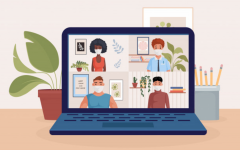 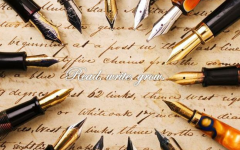 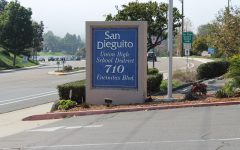