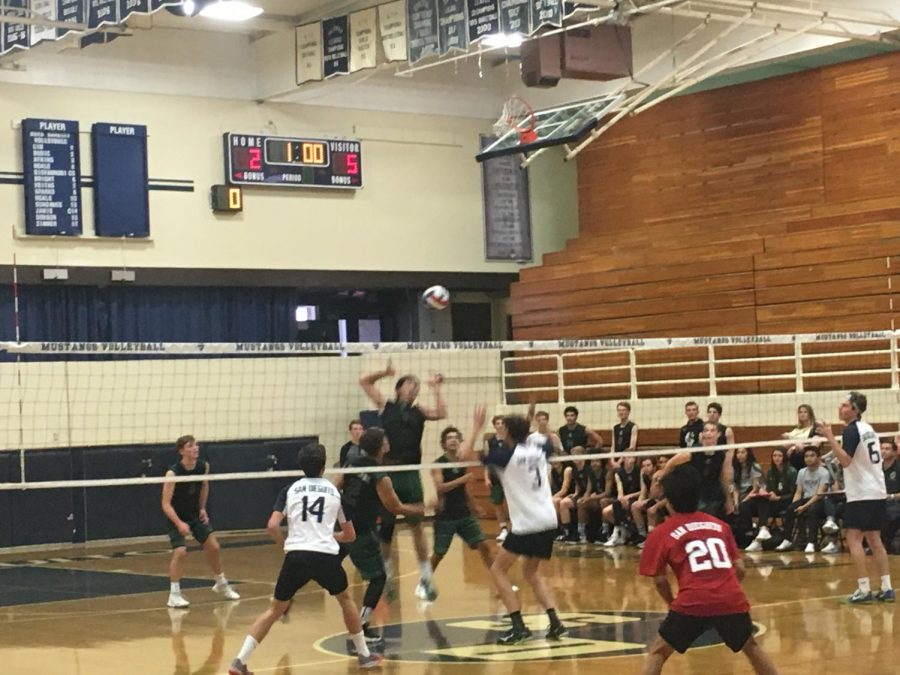 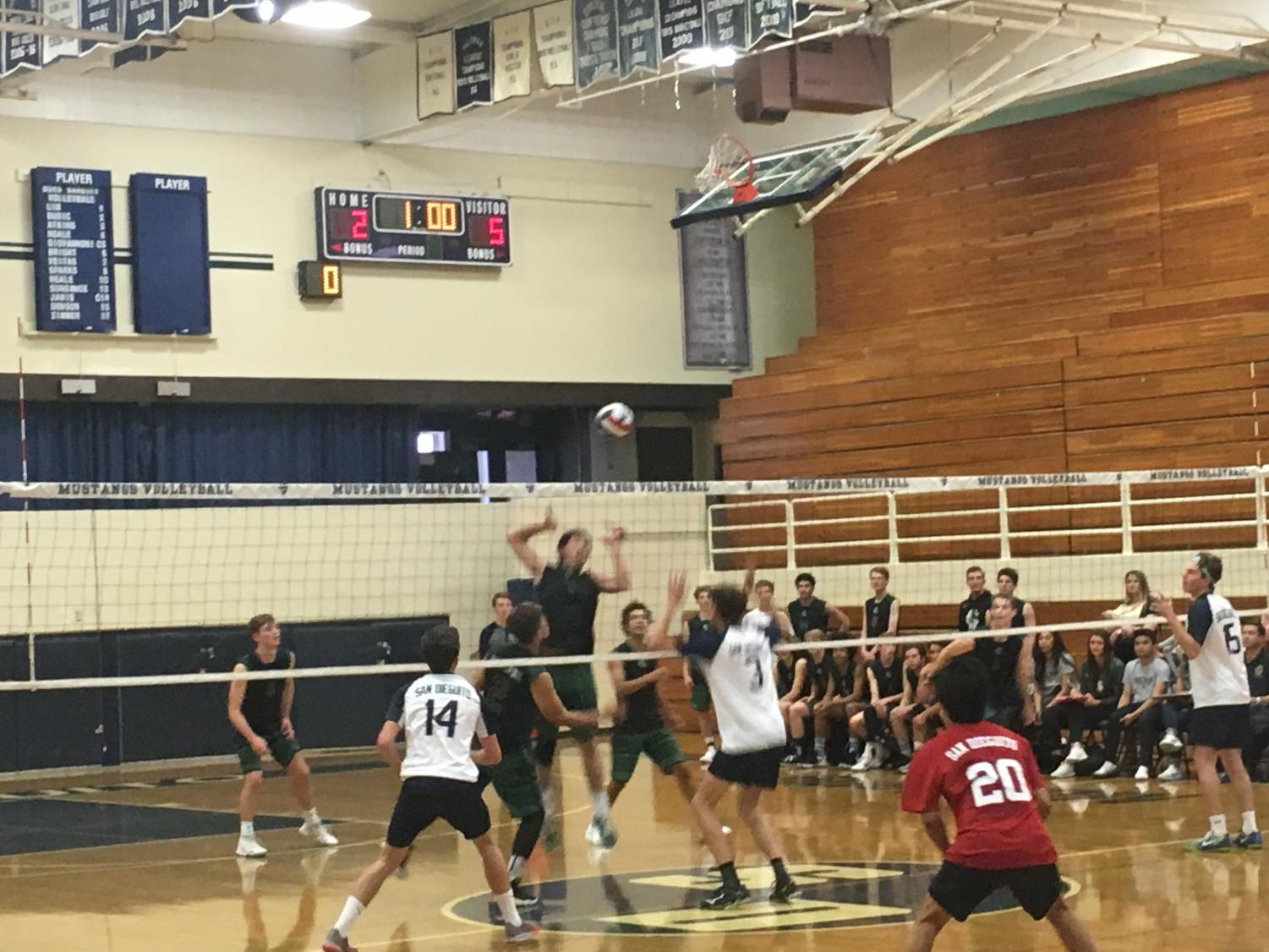 The San Dieguito boys volleyball team went into Friday afternoon’s home game eager to keep Sage Creek from their sixth consecutive victory. Despite a strong effort by the Mustangs, the Wildcats captured the win 3-0.

“I think we played really well,” said San Dieguito head coach Ray Wilson. “We had some inspiring volleyball plays and have a lot to build on for the rest of the season. Sage Creek is a very good program and we are very much looking forward to our next game against them.”

Early on, the score stayed close with both teams struggling to pull ahead with a significant lead. By the time the scoreboard read 6-6, there had been a total of four ties already in the match. The sixth point was the turning point for the Wildcats, who then breezed past the Mustangs with a 19-9 run that ended the first set 25-15.

Consistency in the Wildcat speed of play was evident throughout the second set with aggressive spikes repeatedly breaking down the Mustang defense.

“Defense has now become our programs main focus,” said Wilson. “We are very talented offensively… So defense is always going to be the key to making sure we improve every day.”

When the score line read 21-14, the Mustangs picked up the pace and managed a 7 to 2 run which cut the deficit 23-21. However, their comeback fell short when a kill by Sage Creek gave the Wildcats the last of the two points they needed to take the second set win.

The final set was reflective of the first two with the Wildcats continuing to threaten San Dieguito. A 25-18 score finished off the third set and captured the win for Sage Creek 3-0 overall.

“We had some pretty good high-moments but we also had a couple low moments,” said junior Drew Atkins. “I feel like it’s kind of one of those it is what it is games and we can only learn from the experience. We’re going to play them again so this isn’t the end.”

The Mustangs will be on the road to face El Camino on Wednesday.