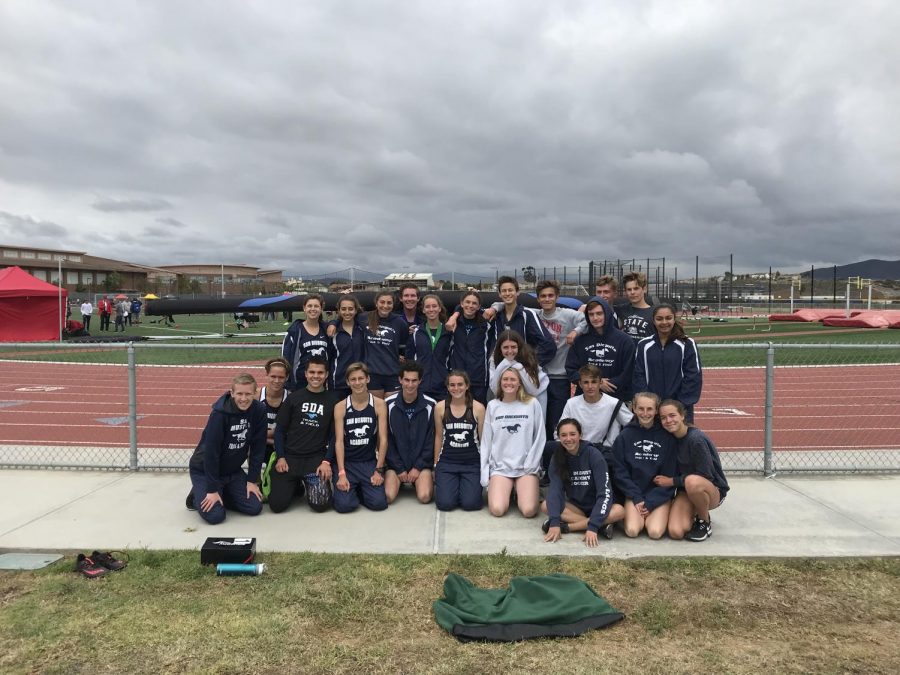 Nearing the end of the season, the SDA track and field team entered the Avocado West League Finals eager to achieve personal records and qualify for CIF Prelims.

Competing against five other schools stacked with top competitors, anxiety filled the air at the Canyon Crest Academy track Saturday. However, through consistent support from their teammates, the Mustangs were able to put out an impressive performance.

“Simply having someone to warm up with before the race makes the half hour leading up to it less scary,” said senior distance runner Sarah Lavake. “Then having them cheer me on during the race helps me to push myself harder because they remind me to stay focused on my race.”

Lavake and senior Connor Edwards led the distance team. Both placed 4th place in the 800 meter dash after clocking 2:22.58 and 2:02.45 respectively.

SDA’s pole-vaulters delivered an outstanding performance with both senior Kevin Ward and junior Alyssa Fisher finishing in first place. Ward jumped 15-05 and Fisher reached 10-05 in a competition that consisted of over 10 individual competitors.

Sophomore Carolyn Kohn was a high achiever for the girls sprinters after a 1:03 400 meter dash earned her sixth place. Representing boys side was senior Ben Bradley who crossed the 200 meter finish line at 23.64 placing 10th. It was his second race of the day after having placed 14th in the 100 with a time of 11.75.