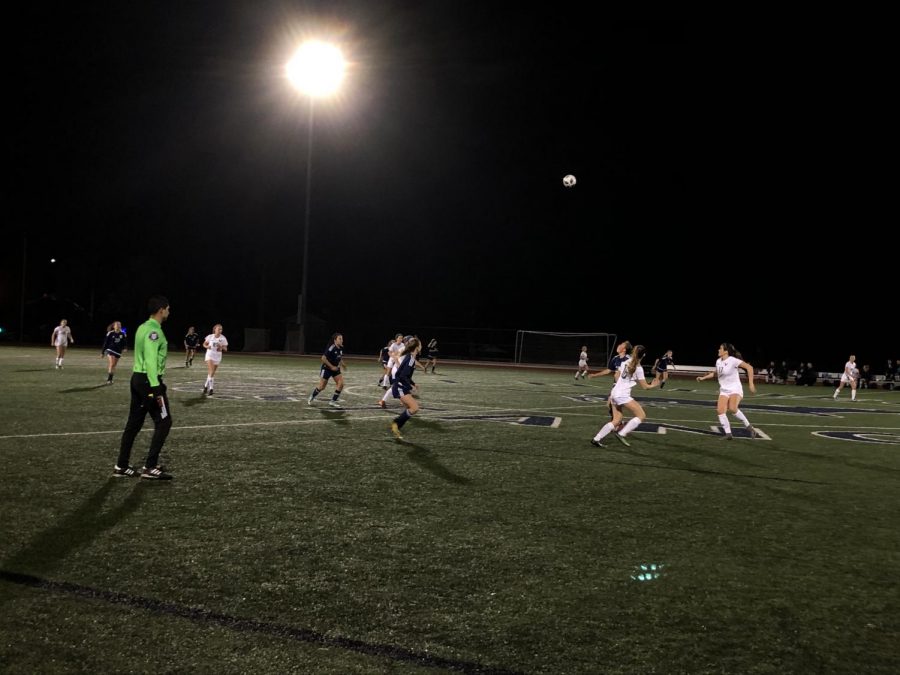 Gallery|4 Photos
Photo by Ava Meyer
With the ball in the air, players wait impatiently for it to fall back down and continue the game.

On Friday evening, the SDA girls varsity soccer team battled it out with the LCC girls, losing 1 to 0 but putting up a strong fight. The LCC girls varsity soccer team broke the game-long tie in the last 4 minutes taking the win.  Both of the teams were very well matched and fought hard. There were some calls made by the refs that caused an uproar with the players and the coaches adding to the competitive nature of the teams. With the on going rivalry between SDA and LCC neither team was willing to go down without an honest effort.