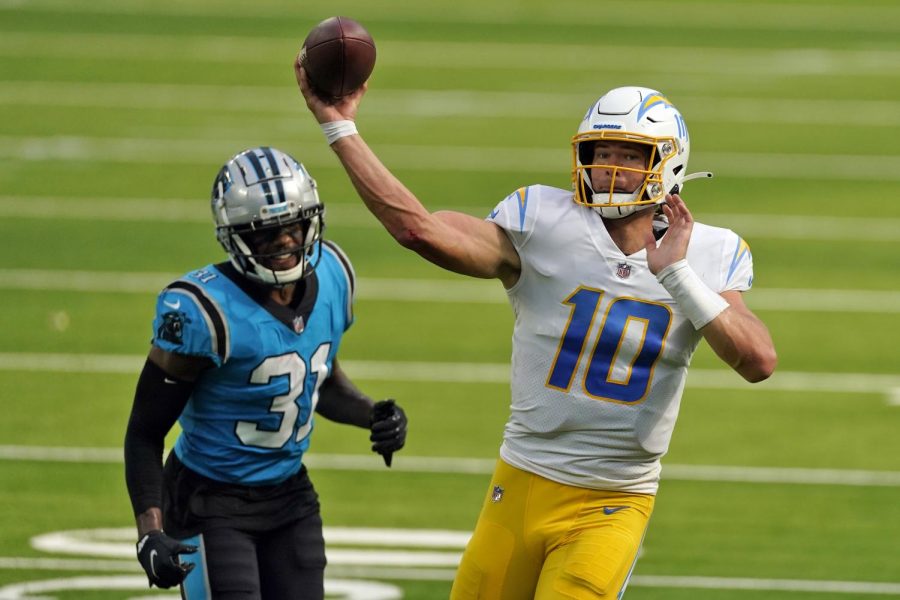 After years of mediocrity as a franchise, the San Diego, ahem, excuse me, Los Angeles Chargers decided to make its biggest roster change in over a decade this previous offseason. Philip Rivers, the team’s long-time starting quarterback, was let go in a not-so-surprising turn of events that signaled the end of an era for the franchise. Although once an elite option under center, Rivers had shown his age had begun catching up with him in previous seasons and it was best for both parties to head their separate ways.

With the former face of its franchise now playing in a different jersey, the Chargers were forced to address the quarterback position for the first time in fifteen years, but Rivers’ departure couldn’t have been more timely for the Bolts. Although it was hard to see him play his last game as a Charger, Rivers’ underwhelming final season gave the team its second-highest draft pick since 2004. Ironically, this was the year when he was selected by the team with the fourth overall pick.

With many intriguing quarterback options projected to go in the first ten picks of the draft, the Chargers knew it was time to take a chance on a young prospect to hopefully replace their former star. The two prospects at the top of the QB board were Joe Burrow, the senior quarterback out of LSU that had led his team to a perfect 16-0 season which culminated in a national championship, and Tua Tagovailoa, the lefty slinger out of Alabama who, despite a season-ending ankle injury, was projected to come off the board before the Chargers’ selection at number six.

The consensus third option at the position was Justin Herbert, the accomplished signal-caller from Oregon who had been characterized as a high potential prospect, although he had just come off an MVP performance in the Rose Bowl. Herbert was projected by many analysts to go to the Chargers with their first pick, and when the draft day rolled around their predictions rang true as Herbert was picked by the squad with the intention of one day replacing Mr. Rivers.

Well, here we are now, near the end of October and almost half-way through the 2020 NFL season. The Chargers currently sit at 2-4, once again unperforming and playing with the hearts of its dedicated fans. However, there is a significant presence of hope amongst the franchise’s small fan base, and that is because of its promising young quarterback. Justin Herbert, who took over as the starter in Week 2 due to a surprising injury to veteran Tyrod Taylor, has lit up in the NFL in his five starts, posting the best string of debut games at the position since division rival Patrick Mahomes tore up his competition in his MVP-winning rookie year in 2018. Although he has only won one game so far in his short professional career, Herbert has both the team and fan base excited for the future.