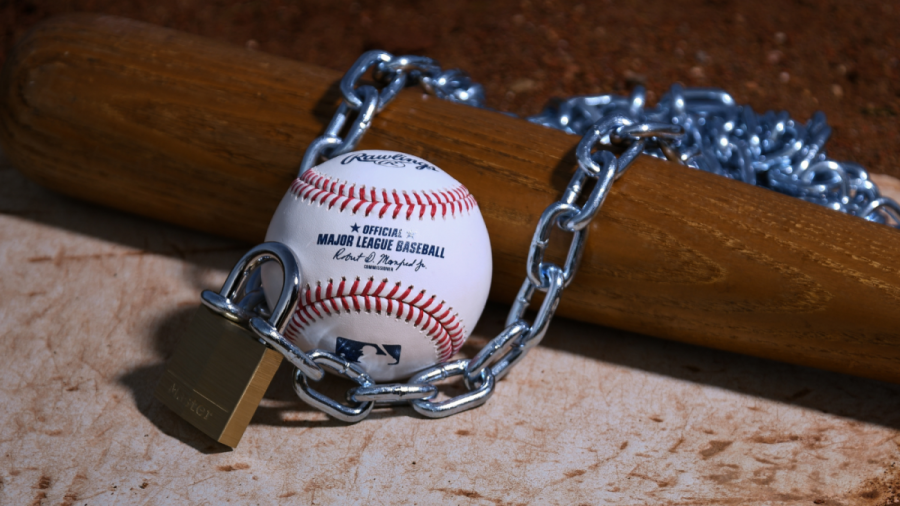 The lockout could threaten the 2022 season

Major League Baseball entered its first work stoppage since the 1994-95 Players Strike last Thursday. This comes after the MLBPA (MLB Players Association) and the league failed to agree on a new Collective Bargaining Agreement even after last minute negotiations.

A lockout is a work stoppage initiated by the owners, as opposed to a strike initiated by the players. “In a lockout, the management tells workers ‘don’t show up’,” said Bob Jarvis, a professor who teaches a baseball law course at Nova Southeastern University. “While on strike, workers tell management, ‘We’re not going to show up.’ But either way, the factory or the business comes to a standstill because the workers are not there.” Lockouts are to avoid potential strikes caused by the league playing without a collective bargaining agreement, like the 1994 strike that cancelled over 900 games.

So far the only consequences of the lockout was a historic flurry of free agent signings and the cancellation of the annual Winter Meetings in mid-December. However if the lockout proceeds for multiple months, it is possible that Spring Training and/or the regular season could be delayed and, in the worst case scenario, cancelled. MLB has had three lockouts in its history and so far none of them have caused any delays in the regular season.

The lockout has caused some weirdness, however, as there is currently a transaction freeze meaning no new free agent signings or trades.MLB also removed all player likeness from their page. Some of the disputes that caused the lockout include the owners’ proposal for a salary floor and cap, expanded playoffs, player salaries, service-time manipulation, and the practice of tanking to receive higher draft picks.

The lockout will most certainly cause boredom for baseball fans, but continuing it into the season would cause unprecedented damage. For a league like the MLB with declining attendance and viewership numbers, it could be detrimental for years to come.