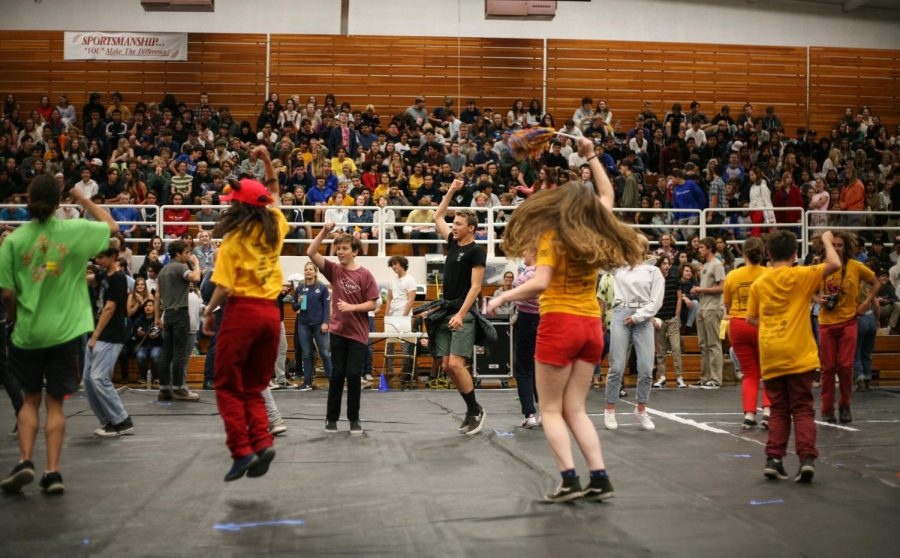 The assembly began with a dance from the robotics team dressed in their team Paradox shirts, followed by the MCs Wyatt Clay and Max Ryan who introduced the national anthem singer, junior Ada Ellisman.

After that was the student life video, which received a lot of cheers in particular. Students then raced teachers in the staff vs. student tricycle race, in which the students won.

There was also a tic tac toe race with two rounds: students vs. students and students vs. staff. One person from each team had to race and put a cone in one of the squares and then run back for the next members’ turn. In the middle of Norris’ turn, Montes ran up in the Mustang costume and tagged him out in staff out.

Then was the sports video, showing off all of the spring sports teams.

The MCs, now dressed in tight, sparkly, red and pink dresses, announced that the swim team had a demonstration, which turned out to be a promposal by senior Dylan Herrera to senior Eryn Broughton.