The Series Sex Education: It IS Educational! 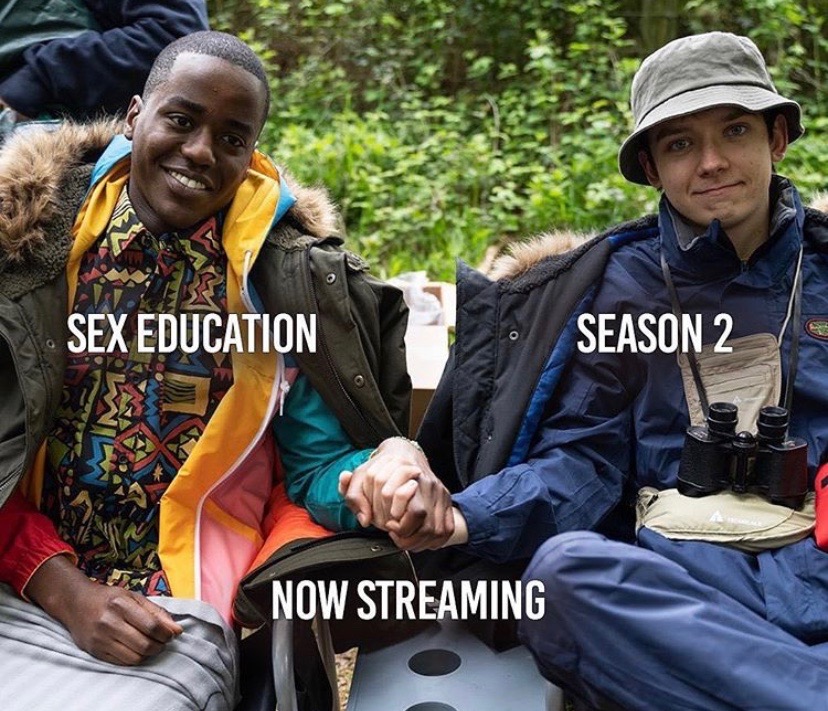 In early January, teens across the globe buzzed ecstatically about season two of “Sex Education,” a Netflix original. Almost instantly, we finished all of the eight episodes and came to a consensus: every school needs a Jean Milburn.

To give some context, “Sex Education” is based on a group of highschool students living in South Wales. They all have different stories and origins, yet the common factors of love, sex, sexuality play significant roles in their lives and ties them all together. The main character, Otis Milburn’s mother, Jean, is a sex therapist. As the season unravels, both mother and son are a helping hand to all the curious, somewhat lost, students that come to them. Jean exposes students to sex education in an appropriate, academic way, that feels comfortable—but I won’t spill anymore.

This show is truly about how messy life can be for both high schoolers and adults, whether the viewer is being led through the characters’ struggles with sexual identity, their societal backgrounds, or something else. Most of the time in TV shows or movies, sex is portrayed as entirely simplistic and uncomplicated, while “Sex Education” illustrates the pure truths of sex and sexuality. The show is relatable for teens around the world.

As many of us have binged on this show in the dark shadows of our rooms, literally laughing out loud, we have learned a thing or two. This series certainly does not shy away from sex, which is common in American society. Although this is a masterpiece in itself, students should be educated about sex and sexuality face-to-face rather through a fictional TV show. Applying the themes of “Sex Education” is vital for high schoolers across the world, including those at San Dieguito Academy. Rather than mindlessly tapping through the uninformative online Edgenuity lessons given in P.E. classes, students should be educated and informed through an actual class, because it’s a scary world out there. We should be exposed to it, rather than turn a blind eye. It’s 2020, guys. We should be better educated on these terms.

“Sex Education” has a certain element of inclusivity to it and doesn’t make you feel like you’re alone in all of this. The main take away from this series is that in life, we are not meant to figure out everything on our own. Allowing people to help and guide us will do nothing but be beneficial

Warning: The British accents are thick, but they make the show SO much better.