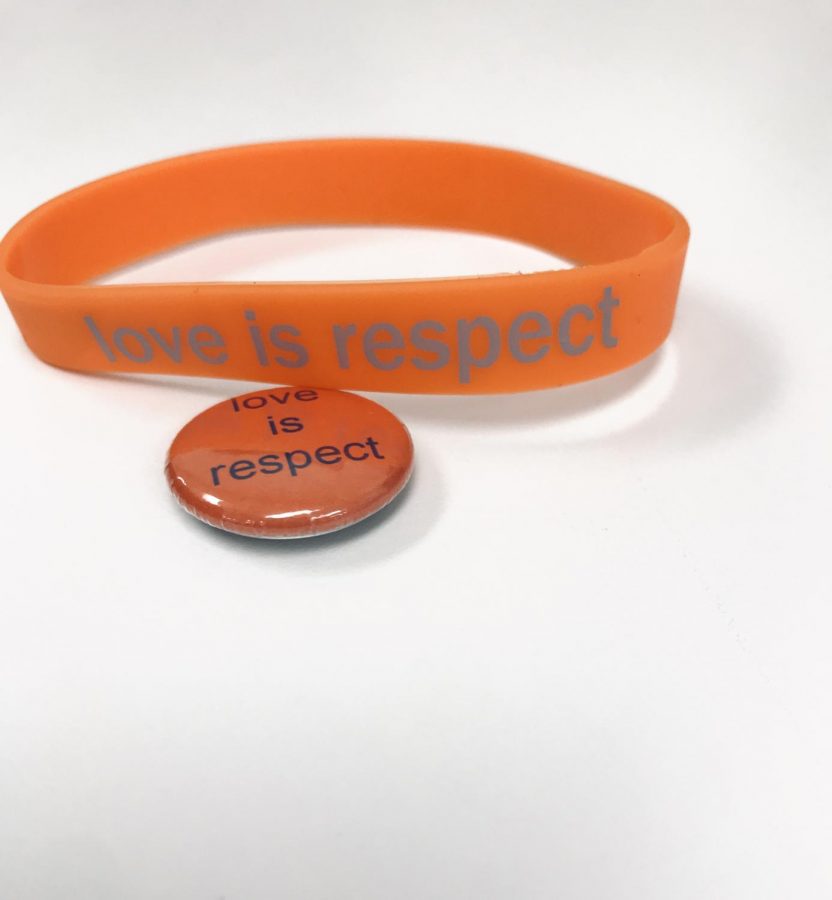 Gallery|2 Photos
Photo by Sydney Randolph
Bracelets and buttons were passed out in the PALs presentation.

Counselor Ann Nebolon, along with some students from the PALs program, shared information about date rape and healthy relationships.

During the lunch period, Nebolon led a presentation about some of the basics of date rape: what it is, some of the causes, how to prevent it, and how to deal with it.

Nebolon also shared some facts about the topic, some of which include that 66% of people who have been sexually assaulted were between the ages of 12 and 17. Additionally, more than half of all assaults go unreported.

To prevent date rape, Nebolon advised being prepared. Always carrying money and having a method of transportation is one of the most important things, she said. Also, stay with a group of people or friends, and know their location to ensure safety.

“Rape of any kind is a serious crime. If it happens to someone you know, believe them! Straight out believe them and listen,” Nebolon explained.

Key aspects such as good communication, trust, honesty, equality, respect, supporting each other’s freedom, and caring about each other are important things to respect in a healthy relationship.

Sedlock and Sowinski also explained consent in a relationship. Consent translates to “I agree to this.” It can only truly occur when sober and conscious, not under the influence of alcohol or drugs.

Bribing, threatening, manipulation, or coercion are signs of non-consent, or where the individual is being forced to agree to a sexual act.

PALs also advised talking to a trusted adult if you or someone you know is a victim of sexual assault or in an unhealthy relationship.

In addition, they referred students to some dating violence resources. One of these resources included the Love is Respect hotline, which can be reached at 1-866-331-9474, or by texting LOVEIS to 22522.