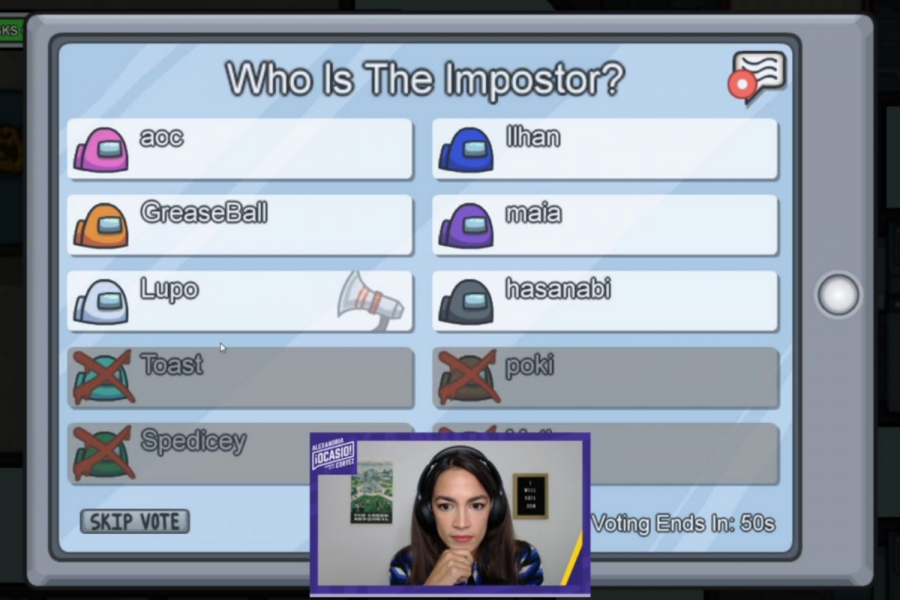 Screenshot of AOC played the popularized game “Among Us” with other gamers while livestreaming it on Twitch on Oct. 20

A few days ago, NY Representative Alexandria Ocasio-Cortez did one of the things she does best: get people’s attention by playing the popular video game “Among Us”. This isn’t exactly surprising for the young representative, who has used the internet and social media outreach better than most, with a huge social media following, but it is an interesting opportunity to reflect on how politicians have interacted with the common person over the years.

The first prominent example of this was in the 1940s when President Franklin Delano Roosevelt would give speeches known as the Fireside Chats, which were recorded and sent to the radio regarding the banking crisis, New Deal programs, and eventually, the American involvement in the Second World War (specifically the Italian campaign) following the declaration of Japan. These chats were incredibly popular, with 58% of radio users listening to them during the war.

This became amplified with the invention and spread of the television, which allowed for people to develop far more personal connections with politicians. A prime example is Richard Nixon’s Checkers Speech, named after the dog that he and his wife shipped out for his children. The speech was made right before the 1952 presidential election when his place as vice president was uncertain after he was alleged to have received unethical funding. He made a televised speech defending himself and insisting that he should remain on the RNC ticket. The speech was seen by 60 million Americans and helped Nixon remain on the ticket.

Television also helped amplify a new theatre of political competition with the televised debate. Nearly one in three Americans watched Jimmy Carter and Ronald Reagan debate in 1980. In addition, shows like “Saturday Night Live” continue to be avenues by which politicians have appeared to increase their clout (look at Elizabeth Warren appearing on SNL post dropping out as proof of such.) And with politicians like Donald Trump, Bernie Sanders, and the aforementioned Ocasio- Cortez using social media as a way of gaining traction and attention in a digital age, one thing is clear. Whether it be radio, television, or the internet: politicians will use it to appeal to the people they want to vote for them.