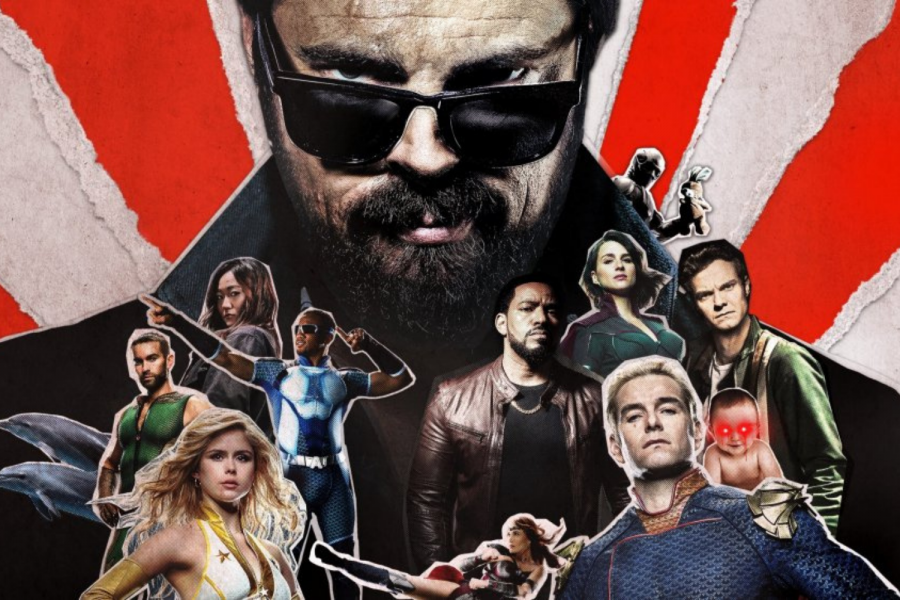 The Boys bring another action packed series for quarantine binge-watch

It’s no secret that we live in a comic book-dominated world. Even if, in the wake of a global pandemic, we haven’t seen as many major superhero blockbusters come out in theaters, with the climax of the Marvel Cinematic Universe, Avengers: Endgame becoming the highest-grossing film of all time last year, their presence still lingers powerfully in the pop culture landscape. But when a genre becomes as popular and mainstream as the superhero genre has, it’s bound to see parodies and deconstruction.

Enter The Boys, an Amazon Prime TV series based on an obscure graphic novel series. It tells the story of a world filled with superheroes or “Supes” who are products of a larger industry backed by a megacorporation known as Vought. However, unlike the heroes of the DC and Marvel Universes the show parodies, many of the Supes are either deeply morally compromised or just plain bad people, abusing their power in a broken system.

This becomes known firsthand to Hughie Campbell after A-Train (a member of “The Seven”, the show’s take on the Justice League, and a parody of the Flash) runs through his girlfriend, Robin. Heartbroken and enraged, he meets up with a British contract killer named Billy Butcher.

Butcher also has a desire for revenge against Vought after Homelander (the leader of the Seven, a twisted, sadistic, manchild version of Superman played phenomenally by New Zealand actor Antony Starr) supposedly raped and murdered his wife, Becca. After capturing and murdering another member of the Seven, the invisible Translucent, Billy Butcher and Hughie Campell re-form “The Boys”: an anti-Supe black ops squad.

This squad consists of Mother’s Milk: a buff African American man who despite his tough outward appearance is actually a rather soft and caring family man, Frenchie: a demented but nevertheless empathetic former criminal, and Kimiko: a mute Japanese woman who The Boys adopt after Frenchie takes sympathy towards her. Together, “The Boys” manage to find out Vought’s dirtiest secret: Supes was not born but made, through a pharmaceutical drug called Compound V.

Meanwhile, Vought, under the leadership of the sinister and plotting Madeline Stillwell, is trying to get Supes in the military, and Hughie Campbell develops a relationship with the newest member of the Seven: Starlight, a wide-eyed girl from the Midwest whose dreams of joining the Seven prove to be a good example to be careful what you wish for. All of this came together in an epic finale, in which Stillwell was killed, and a shocking truth is discovered: Billy’s wife Becca was not killed as Butcher had previously thought, but rather alive, forced to raise the son she unwillingly conceived with Homelander.

All of that occurred in the first season, a season which I thought was a sublime parody and analysis of our current cultural and political landscape, which put a lot of pressure on the second season to impress. Did it succeed in doing so?

That’s not to say there isn’t quite a bit to be admired. The first season was in many ways, not only extremely topical in its parody of the superhero genre, but also in terms of the socio-political issues it addressed, from the #MeToo movement, corporate greed, and corruption, and the privatization of war.

And the second season improves on that drastically, with an extremely well-done analysis about the rise and spread of fascism (in the form of Stormfront, the newest member of the Seven.) As well, we see the introduction of Victoria Neuman. Given the year we have had, I imagine this kind of commentary is something that will continue well into the third season.

With that being said, I felt as if the pacing of Season 2 was much slower than the first. It seemed as if midway through the season especially, the pace seemed to move to a snail’s pace, with very little meaningful plot contribution taking place. This gets better as the season progresses, with the last episode, in particular, being an absolute gut punch. I would be lying if I felt as if it didn’t make the season a bit harder to follow, especially with the new release schedule where they released one episode per week.