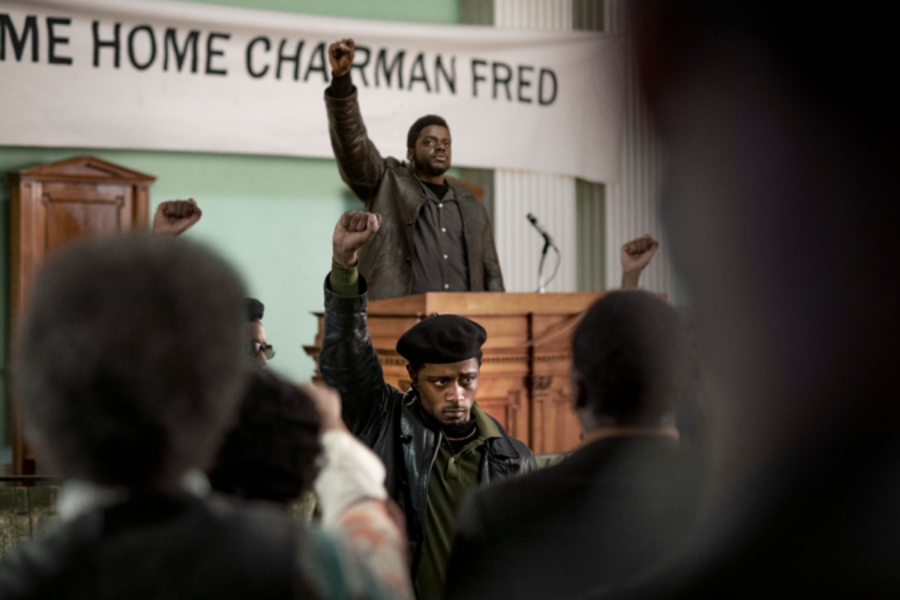 Judas and The Black Messiah Review: The Other Black Panther Movie

You know, something that I’ve noticed is that, during Black History Month, we don’t always get a lot of movies about historical events relating to African American history. But this year, that doesn’t seem to be the case, with the release of this biopic about the radical progressive socialist group of the 1960s, The Black Panthers. With the film garnering critical acclaim, Golden Globes, and inevitably quite a few think pieces, it appears as if we’re going to be seeing a lot more movies like this.

The highlight, for me at least, is Daniel Kayuula as Fred Hampton. Kaluuya has already established himself as one of the most demanded and talented actors of color in the business. In my view, this is the performance that will make him a star, or at the very least it would have if not for the fact that we can’t go to movie theatres without facing the threat of contracting a potentially life-threatening virus. Kaayula manages to nail Hampton as both the well-spoken, invigorating, and powerful revolutionary and as a kindhearted, sensitive father-to-be. And while he’s the stand-out performer, he’s not the only great performer here. Jesse Plemmons gives an excellent performance as an FBI informant who you oddly do feel some level of sympathy for despite the terrible things he’s doing, and well, some of the terrible stuff he believes.

As Martin Sheen is chilling in his portrayal of infamous FBI director J Edgar Hoover, this film decides to portray a towering, larger-than-life supervillain, which is basically what he deserves. However, as much as I was impressed with their performances, I found Lakeith Stanfield and Dominique Fishback, while not terrible by any means, not as good as they could have been. Particularly Fishback, whose emotional conflict over what happens now that she has a baby inside of her, feels like it should come off as more important than it is.

Plot-wise, I felt as if the film did have some slight pacing issues. The introduction and the ending are both powerful, but the middle drags on a little bit. I felt as if more time could have been given to establishing who O’Neal and Fred Hampton were, especially given that this is a story that many audiences aren’t familiar with.

But with all of that being established in the first ten minutes or so, and the killing of Fred Hampton and the scenes following it being established in roughly the last ten minutes (and no, that’s not a spoiler, he’s been dead for over fifty years), the rest of the film does kind of meander. Now granted, a lot of that meandering consists of a collection of compelling scenes, from Stanfield’s interactions with Plemmons to Kayuula’s interactions with everyone from gang members to the Young Patriots to the Panthers themselves to the absolutely chilling interactions between Martin Sheen and Jesse Plemmons.

I also like that, despite this coming from a big-name Hollywood studio, the Panthers’ ideology isn’t sugar-coated at all. They are presented as they were: revolutionary Marxist-Leninist-leaning socialists. I am glad that the filmmakers were honest in that portrayal, rather than showing the Panthers as mere reformists, left-leaning freedom fighters. But I’d be lying if I said that I didn’t feel as if the film could have maybe been structured a little bit better, with less time being dedicated to the intricacies of O’Neal’s infiltration into the Black Panther Party and a more concrete focus on one central character, whether it be O’Neal or Hampton.

That is nitpicking. For what it is, “Judas and the Black Messiah” is a pretty good movie, a powerful retelling of a significant story in American history that, up until now, hadn’t been brought to the big screen. Light 7/10, I definitely recommend you see it if you have HBO Max, and if you don’t have HBO Max, buy HBO Max because “Batman: The Animated Series is on it,” and it’s the greatest TV show of all time. But after you’re done watching that, maybe give this a viewing too.