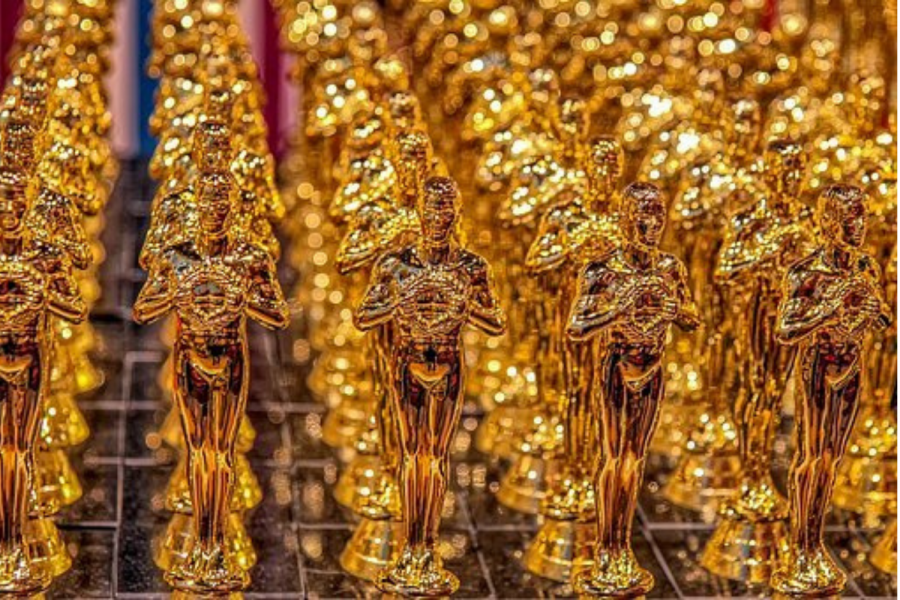 The 93rd Academy Awards was held inside the Union Station on a multi-level auditorium with rows of Oscars being ready to be passed out.

Viewers were extremely vocal with their complaints about the recent Academy Awards.

The 93rd Academy Awards were Sunday, and as per usual, it was a major talking point on the internet. Aside from disappointment in regards to the results of the awards, viewers expressed their distaste for the ceremony in general. Complaints were made about the placement of the main categories, the set, and the show’s pace. Due to COVID-19 and its significant effects on the film industry this past year, many changes were made, but people felt that many of the reasons for the complaints could have been avoided.

To begin with, the category of Best Picture was moved so the awards for Best Actress and Best Actor could be announced at the end of the ceremony. This allowed the category for Best Actor to be treated as the finale of the night, which gave many viewers the wrong impression. The nominees for best actor were as follows: Steven Yeun for “Minari,” Gary Oldman for “Mank,” Chadwick Boseman for “Ma Rainey’s Black Bottom,” Riz Ahmed for “Sound of Metal,” and Anthony Hopkins for “The Father.”

Chadwick Boseman, who sadly passed away last August after a battle with colon cancer, had a strong winning streak this awards season. He received the award for Best Actor in a Leading Role at the Golden Globe Awards, Screen Actors Guild Awards, and the Critics’ Choice Awards. His outstanding work in the film, the winning streak he had going, and the decision to move the best actor category to last lead viewers to believe there was no way Boseman would be snubbed, and he would receive the award as a memoriam.

But alas, in classic Oscar fashion, the award went to Anthony Hopkins. This is not to insinuate that Hopkins was undeserving. Still, fans and critics alike were shocked that the Academy didn’t give the award to Boseman after all the indicators that suggested they would.

Boseman’s loss was the biggest upset of the night. His family weighed in on his Oscar upset, but their response was positive. His brother stated that Boseman had never emphasized the awards and that he often described them as a ‘campaign.’ Boseman’s brother then went on to congratulate Hopkins.

The results of the Best Actor award were not the only issue at the ceremony this year. More concern came from viewers regarding the n Memoriam section. Many people thought it was too short and seemed rushed, which was seen as disrespectful to those who were being honored. Another complaint was the location of the ceremony, which was held inside Union Station in Los Angeles. Users online pointed out the fact that Union Station and the surrounding area are heavily populated by the homeless community of L.A. Many found it ironic that a film highlighting the lower class of America and their struggles in the workforce and finding shelter “Nomadland,” was awarded Best Picture. At the same time, the homeless community of Union Station was cleared out to make room for the ceremony.

The Oscars always receive backlash, especially since the awareness of favoritism towards white filmmakers over more deserving people of color has increased. Every year there is at least one award the general public doesn’t agree with, but this amount of controversy has not emerged since the “Moonlight” v. “La La Land” fiasco of 2017. It just shows how much The Academy needs to improve, but in their defense, it also demonstrates how greatly impacted Hollywood, and the film industry has been during this pandemic.

About the Contributor
Mila Kennedy, Staff Writer
Leave a Comment