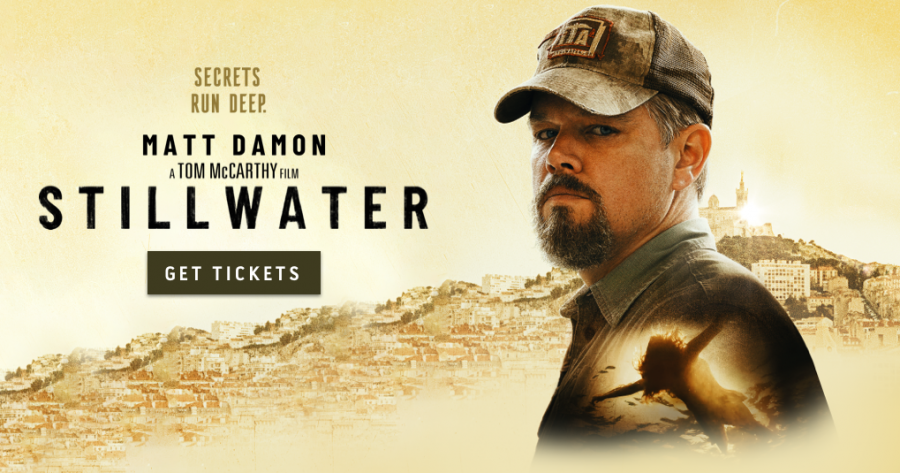 A misdone, midwestern epic in a post-Trump world

Disclaimer: this article contains spoilers for the film “Stillwater”

“Stillwater” is a fine movie. No, it’s not fine in the way film critic Roger Ebert may have described “The Last Picture Show”; it’s fine in the way your 2nd period class and watching the news from 2010 makes you feel. Fine in the way a bland culture pretends it produces masterpieces. It’s a film about some ideas director Tom McCarthy had: bring humanity to Trump supporters, have Matt Damon play an Oklahoman, make a template video for a Marseilles travel agency and unflinchingly exploit Amanda Knox’s story for publicity.

The protagonist of the film, Bill Baker, seems to be an amalgamation of midwestern American clichés. He loves his family, although his stoic facade may mask that fact. Under the camouflage hat and flannel, he’s a ball of searing rage. He eats fast food and uses “Ma’am” after every sentence that comes out of his permanently frozen face.

McCarthy seems fascinated with this idea of a man, so different from the Hollywood or Yale (where McCarthy attended the School of Drama) ideal. While an LA urbanite may struggle to say “Thank you” when the Starbucks barista hands him his cup of coffee, Baker believes a sentence without “Ma’am” or “Sir” isn’t a sentence at all. A Yale man may spend five hours every night pouring over his “Advanced Philosophy of Neo-Political Theory” textbook; Baker’s thirst for knowledge vacated the premise a long time before we meet him. Surly, gruff and a real guy: McCarthy’s fantasy of the American Midwest. This awe continues on throughout the movie, even as Baker increasingly loses his likability and power over the audience.

No matter if this is an accurate portrayal of an Oklahoman oil rigger or not, Baker is not a character you want to spend a long time with, let alone two and a half hours. The mystique of the stoic wears off after the first half hour, and you’re left with a blank face and a hard heart.

Most of the characters in the film are tropes: the protective, long-suffering grandma, the hard-hearted lawyer, the slimy private eye, the angelic Frenchwoman, Virginie, and her equally angelic daughter, Maya. Virginie, portrayed by a luminous Camille Cottin, is a fantasy: supportive, uplifting and gracious through every blank stare, ignorant remark, or horrible act. Her actions throughout the plot have little to do with her character, and her and Baker’s relationship has almost no chemistry, whether you look at it through the lens of the real world or the movie.

The worst part of the film, however, isn’t Baker himself or the characters at large. The worst part, without a doubt, is the writing. The dialogue is trite and obvious, “Life is brutal” being my favorite example. Scenes with Baker and his daughter Allison, portrayed by Abigail Breslin, will probably put you to sleep: too mundane to be engaging but lacking the nuance or realism that can make humdrum dialogue worthwhile. Breslin is slightly grating, although her and Damon’s portrayal of a father and daughter in crisis (through body language, rather than words) was a highlight of the film.

Although high points are limited, I will admit that the first portion of “Stillwater” showed promise. The exploration of the life of an out-of-work oil rigger in Oklahoma would’ve been much more interesting if the film had simply stayed in the Midwest. The juxtaposition between the arrogant class of the French and the ignorant respect of Bill was amusing at first, even if after the first hour it lost most of its charm.

The pacing is painfully dull, the camerawork is mundane, and the ultimately uninteresting characters make the two and a half hours feel like four. McCarthy is not Tarantino or Scorsese. The long epic template that the former employed must be wielded by a master. When it is not, you can feel it in your muscles as you long to get up from your seat, better things calling your name.

Trump lurks behind every minute of the film, yet he is only mentioned once. The film is too busy trying to weave a mystery, an exploration of expats and Marseilles and a romance to explore the most interesting and arguably the most important part of the movie: Bill’s rage as it relates to the politics of our times. When it does, its neutral point of view lends Baker the look of the villain, though McCarthy continues to cry out that he is a redeemable, shamanic elder of the oil rigs.

In a post-Trump world, how do we contend with the characters we do not want to contend with? Baker is by no means an extreme conservative (as far as we know), but he’s certainly not the man Hollywood usually likes to make into a protagonist. And, for that, I believe McCarthy had good intentions. His execution, however, leans towards the obvious and ultimately doesn’t humanize a dehumanized population enough to make this movie’s audience turn their heads.

What does rise to the top of “Stillwater” is the acting. McCarthy, a former actor himself, allowed for an incredible performance to arise from Damon. However, no one is incredible enough to make flat characters, flailing pacing and an ultimately clichéd plot interesting. “Stillwater,” regardless of how much press it may get for Amanda Knox’s outcries or Damon’s fame, will most likely fade into ignominy, just as the film itself fades from your memory almost as soon as you leave the theater. 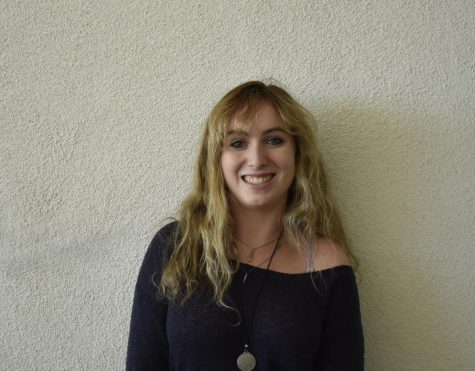