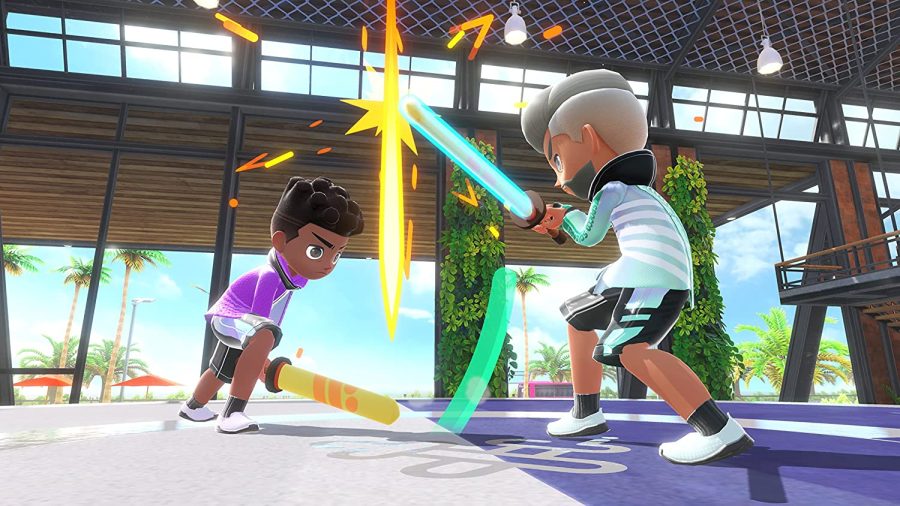 Nintendo's “Wii Sports” is finally coming to the Nintendo Switch as an entirely new game!

The classic Wii Sports video game is finally coming to the Nintendo Switch under the title “Nintendo Switch Sports.” The game will contain a few modes from the original, tennis being the most popular, there will be  new games and sports to tackle as well. This unexpected announcement came as a surprise to many Nintendo fans as we are finally seeing an official sequel to the cult classic masterpiece from the Wii. It was obvious that the motion controls for the Nintendo Switch would warrant a new Wii sports game and it was only a matter of time until the game was released. Many fans are eager to get their hands on this game when it releases on April 29.

Fans quickly noticed and were surprised to see that the game does not feature the same style of Miis much like it’s Wii counterpart. The new version of the playable characters look much more realistic and have no resemblance with the more identifiable Miis. However,  Miis that the player has already created through the switch and through the game are able to be used  for gameplay.

Some of the new games in Nintendo Switch Sports include volleyball, with a  new sport mode that fits right in with the game being able to cooperate with the summer theme. Another new sport that will be featured in Nintendo Switch Sports will be soccer. Soccer was not something expected with this new title, but nonetheless it will be interesting to see what comes of it. Badminton will also be added to the game, and it looks similar to tennis in terms of motion controls and rules. Another new inclusion is chambara which is a form of sword fighting. We saw this before in Wii Sports Resort, a sequel to Wii Sports that added  new mods and a vacation feel to the game. With the theme of Nintendo Switch Sports, it makes sense to see some modes from Wii Sports Resort return even if they are not exactly the same. The classic bowling game is also set to appear, which is a fan favorite among many.

It’s been a long time since we were given the 2006 masterpiece that is Wii Sports, but it seems we are finally getting a successor on the Nintendo Switch. Although it’s not the Wii Sports port we all wanted, it is definitely a breath of fresh air for longtime fans, and a great title for newcomers who want to experience the hours of endless fun Wii Sports and Wii Sports Resort had. There is no doubt that Nintendo Switch Sports will be an absolute hit among fans and new switch users.