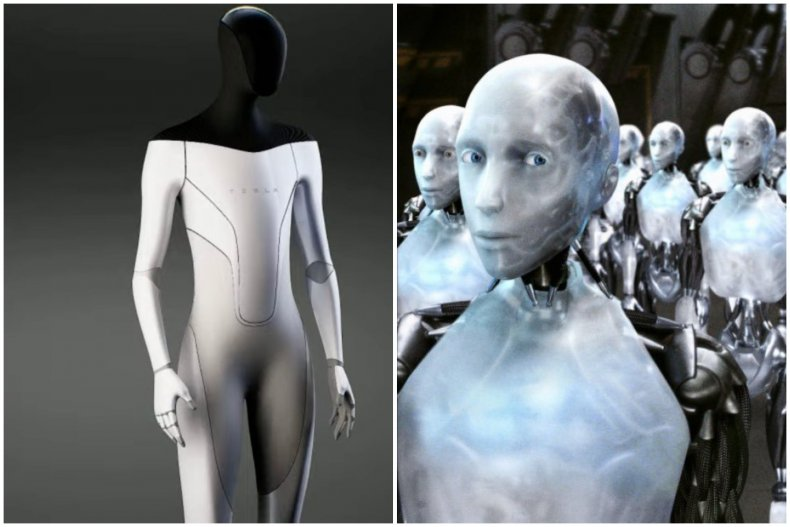 After Elon Musk revealed the new Tesla robot, memes exploded online, some of which compared the machine to those from the movie “I, Robot”.

Conspiracy Corner: Elon Musk is going to take over the world

Behind the scenes, Elon Musk has turned into a textbook supervillain

Hunched over my desk in a dusty corner of the Mustang’s newsroom, I lament the lack of recent cases to crack. My pencil traipses through the air as I thumb through papers by the dozens, and a fly bumbles through the air overhead. Light streams through the window, bathing my workstation in a dim glow reminiscent of a noir flick. Nothing.

“Nobody’s been doing anything crazy recently,” I think to myself.

And it was true. There’d been no schemes, no escapades, no capers, no plots, and no hustles for what had seemed like ages. Tomfoolery was at an all-time low. But that was about to change. On the brink of giving up, I find what I’ve been looking for: a new conspiracy. It was absurd, it was contrived, and it was astronomically unlikely. It was… just what I was looking for. There, on the table in front of me, laid the headline, “Elon Musk Unveils New ‘Tesla Bot’”.

Of course. Why hadn’t I thought of it before? With all of the masquerading on Twitter as a jokester and doing certain illicit activities on the Joe Rogan Podcast, Elon Musk had protected his true identity from the public. Pulling strings in cryptocurrency, creating devious inventions and amassing huge power: Elon Musk, the trademark supervillain, is going to take over the world.

Let’s start with the first string in this web of lies, the recently unveiled “Tesla Bot”. This humanoid monstrosity, with sterile white plastic and a black-obscured face, is a textbook example of a robotic enforcer. It’s the kind of thing that you would see flanking the big bad in a superhero movie. And who’s that big bad? Elon himself. News outlets are ridiculing it and social media is memeing it, but you won’t think it’s so funny when you see one of those things picking up groceries at the store or marching through the streets after Tesla declares itself as humanity’s overlord. Yes, that’s right, your rulers will be knock off versions of the cyborgs from “I, Robot”.

Next item: the Cybertruck. Other than the fact that it looks like a low-poly video game model straight out of Halo: CE, this thing is a tank. Bulletproof windows, metal siding, and a top speed of 130 mph means that the Cybertruck will be able to take over your town faster than you can say “Terminator”. Plus, it’ll have enough time to crash into a few stationary cars on the way there, courtesy of Tesla’s autopilot systems.

There are a few more reasons why I believe the Tesla founder will be dipping into villain territory soon. The Boring Company, his subsidiary? They sell flamethrowers, and dig subterranean tunnels (hence the name “Boring”). Convenient for creating, I don’t know, a secret underground complex, complete with an evil villain meeting room and those little maintenance carts you see around SDA, right? Plus, the guy’s trying to go to Mars. I mean, come on.

Well, it’s all but confirmed: Elon Musk is going to take over the world. The evidence is simply irrefutable! That’s another conspiracy blown wide open here in the Conspiracy Corner. Check back in next week as I investigate the secretive organization that, running Halloween behind the scenes, has complete control over candy supply and demand. Big Candy doesn’t stand a chance. Until then, start stockpiling your Dogecoin and brace for the worst.