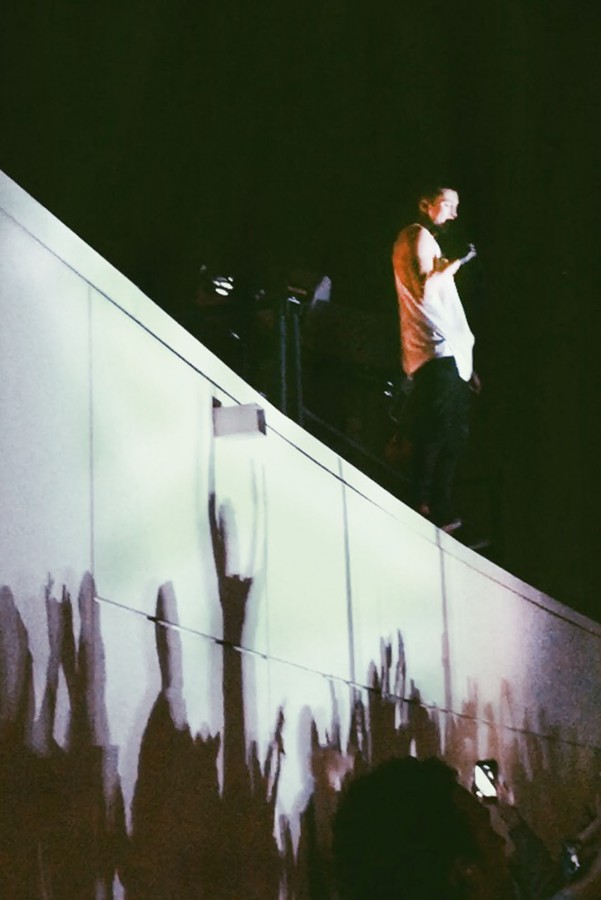 The best moment of my year this year was the Twenty One Pilots concert. Towards the end of the concert, Tyler, who’s the singer, was on the stage, but when a song [ended]… the lights turned off. He was on the roof of one of the concession stands… Other people started running, but I was so close, probably like ten feet away from him. Then he sang the song from there and they put a big light back there on him, and it was just so cool and we were so close to him.