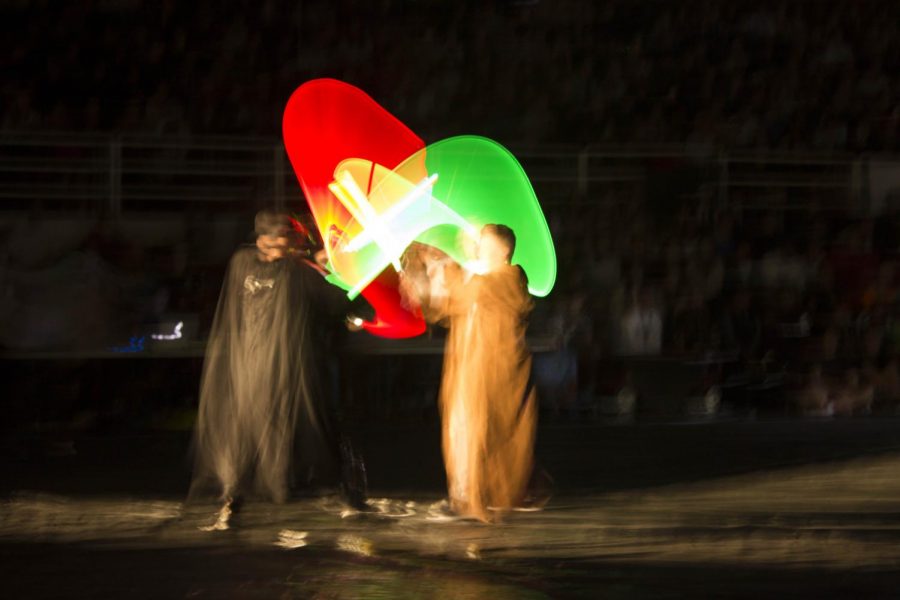 Students filled the gymnasium for the homecoming assembly during homeroom Friday.

The SDA Band played while everyone settled in their seats. Shortly after, the lights dimmed and a countdown begun. Phone flashlights scattered the stands and excitement roared.
Senior Lawrence Cecio and juniors Wyatt Clay and Jeremy Romero were the announcers for the assembly. All of them wore their Comedy Sportz shirts; their sense of humor served them well in introducing the activities to come.

They introduced junior Caeden Schlosser (Skywalker) to the center with his cloak on and lightsaber in hand. With not much to say, the spotlights focused on his competitor Darth Vader. Their lightsabers clashed but only until the announcers condoned their violence. They thought there was a less violent way to have this dual was through a drum off. Darth Vader was later revealed to be Principal Adam Camacho.

Schlosser took the stage first, then Camacho. Both of their performances were impressive. The crowd cheered afterwards.

The fall sports preview happened before the next activity: balloon popping. One team of staff and the other of students had to jump rope three times before running to their teammate and popping a balloon between their stomachs. More than winning and losing, it was amusing to see each team unable to pop the balloon and awkwardly hugging.

The student life video was showed after the game. Simultaneously, the homeroom olympics committee was preparing for an intense game of musical chairs. Representatives from each homeroom had to find items and return to their chairs quickly. Many students fell and shoved others for the price of winning. Drama teacher Stephanie Siers’ homeroom won ultimately.

The assembly ended with the homecoming nominees. Teachers Russ Davidson and Jamie Duck announced each nominee before the students came in. Each student had a crew dressed up in costume, had a dance routine down, and had a powerpoint slide about themselves. 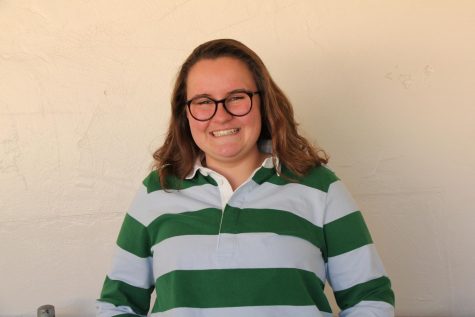 Whatever floats your boat. . .buoyancy!