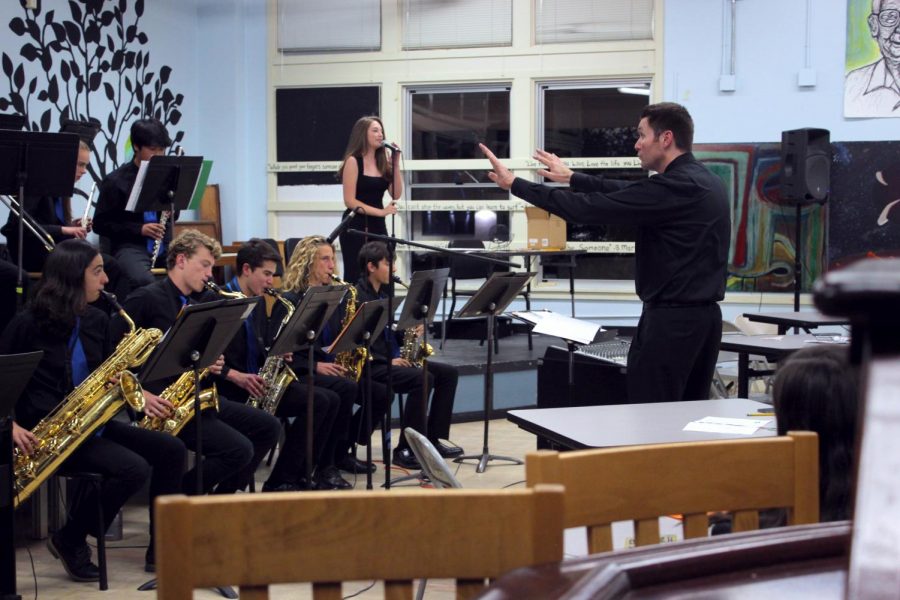 SDA Band Concert and All That Jazz

The Mosaic Cafe was alive Wednesday night when the SDA Jazz Band played for parents and students in their second live concert of the year. The performance was complemented by a bingo game with winners receiving gift cards to music stores.

The program, conducted by music teacher Jeremy Wuertz included songs written by students in the band, such as “Fire in the Alleyway” by Rachel Rossenfeld, “Square in Circle” by Sam Goldsmith, and “Balanced Breakfast” by Caeden Schlosser. Guest vocalists Katalin Crouse and Jenna Steinberg sang jazz versions of “At Last” by Etta James and “Hallelujah I Love Her So” by Ray Charles respectively.

Despite an abundance of sugary treats and refreshments available for free throughout the night, parents and students were glued to their seats hoping to win the complicated bingo game. Band members, too, were anxious to get a bingo, playing with their bingo cards next to their sheet music on the music stands.

The night ended with parents, grateful for the show, assisting band members rearrange the cafe back to its original state.