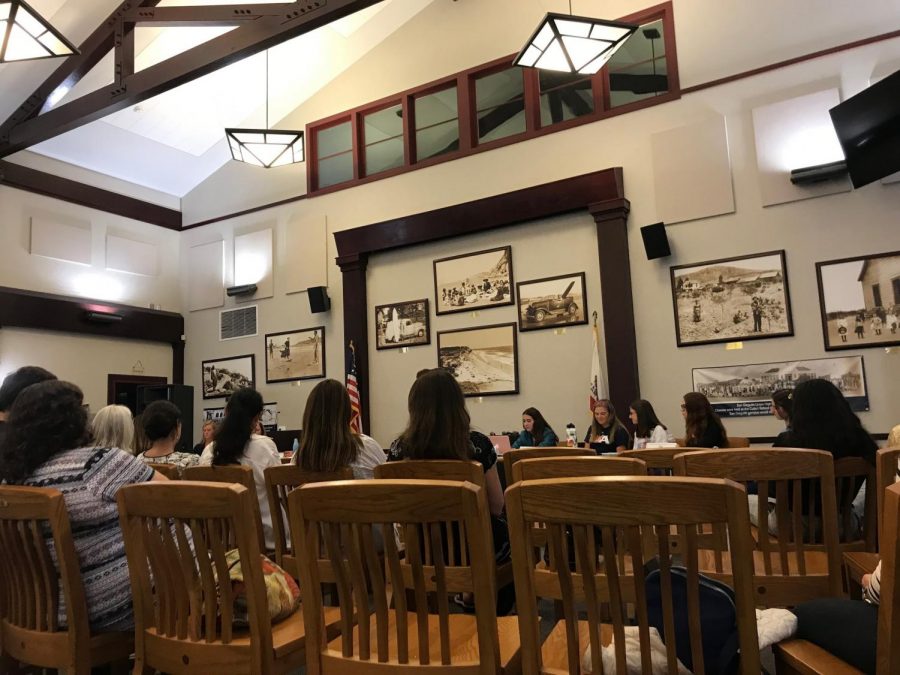 In anticipation of the  Nov. 6 School Board elections, Area 1 candidates Amy Flicker and Maureen Muir, and Area 3 candidates Melisse Mossy and Rhea Stewart, were invited to attend a forum to address pressing issues in the form of student and audience-generated questions. Muir chose not to attend due to personal reasons.

Responding to a question of whether or not the candidates believed the district is providing adequate sexual education to its students, Flicker stated that she had past experiences writing sexual assault policies that protect both the accused and the accuser. “Sexual assault affects all of us,” Flicker said. “I just really want for kids to have an environment where they do feel supported…examples of real life situations is what we need. Knowing when someone has crossed the line is important.”

Both Mossy and Stewart agreed that in situations of sexual harassment or assault, students need to be aware of actions they can take. “I think that they need to know how to report sexual harassment and sexual assault,” Mossy said. “I don’t think every student knows what to do in that circumstance…and that’s extremely concerning to me.”

Stewart said her opinion is that “we live in a time where students have to informed…that yes means yes and no means no…the reality is that young men and young women need to learn about those relationship ideas.”

Under the umbrella of student health and education, the candidates were asked to approach a question on the issue of rising numbers of high schoolers involved in vaping, or more particularly, juuling. “I think if any kids are involved in substances that can harm them or give them cancer, that is a problem,” Mossy said. However, Mossy also stated that anti-drug policies will be ineffective unless staff finds “creative, innovative ways” to help students understand why they are implemented.

“The kids know to say no, but they often need a reason why to say no,” Flicker added. “We need some sort of program where we are able to deliver to our teenagers ‘just say no’, and ‘don’t do drugs’ but don’t sound so petulant about it.”

Stewart directed the focus on the need for parents and staff to be aware of such issues. “I think the challenge for adults is we hear about these things long after our students hear about them,” Stewart said. “We need to be informed.”

In wake of the Parkland shooting, Stewart said she thinks that “the school district has begun and has continued to look after safety in schools. Not only physical safety, but personal and emotional well being.”

Sharing a similar perspective as Stewart, Flicker said that social, emotional, and psychological wellness needs to be taken into account in addition to physical safety. She proposed hiring more counselors and on-campus social workers.

“I think there’s a much greater concern now that there has been,” Mossy said. “I don’t propose building a fortress or a prison, but [schools] do need to know who is on [their] campus.”

When asked how they believe School Board budget issues are affecting students and how they would amend that, all three candidates said collaborative measures need to be taken before any steps can be decided. “I think the most important thing that the incoming school board will have to do is to have the difficult conversations,” Stewart said. “Sit down…and say to each other ‘what are our priorities?’”

Flicker emphasized the urgency to deal with budget management issues before they increase in severity. “What we don’t want to do is take stuff away from you guys,” Flicker said. “Right now, the budget isn’t affecting you guys much, but within the next year…as time goes on, we are going to have to sit down and make those hard decisions.”

“Budget affects students very directly,” Mossy said. “It’s really important as a board to emulate what we want our students to learn…if we aren’t handling our money well, how can we expect our students to?” 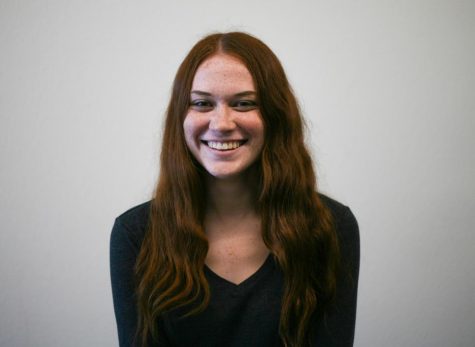 Sorry, I can't hear you, I'm wearing a Goodwill sweater.