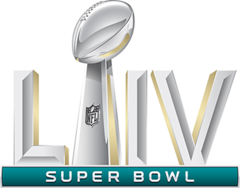 Photo Courtesy of the NFL

Who will play in the Super Bowl this year?

ARE YOU READY FOR SOME FOOTBALL?

On Feb. 2, get your chicken wings ready and enjoy the biggest sporting event of the year: The Super Bowl. The question is: who will be playing? We have our predictions.

The Ravens have dominated everyone this season. MVP favorite Lamar Jackson has been unstoppable, Mark Ingram has been a stud, and their defense has been lockdown. They don’t have a very strong receiving core, but with a quarterback as good as Lamar, you don’t need one. Mark Andrews has been one of the best tight ends this season, dominating opposing secondaries.

Defensively, they have dominated opposing offenses. They have consistently shut down offenses with their lockdown defense. They are very well coached, have the best kicker in the game, and have an incredible all around team.

The Seahawks have also been incredible this year. They have been one of the best offenses in the league, led by MVP candidate Russell Wilson. Their receiving core is one of the best in the game, led by Tyler Lockett and DK Metcalf. Lockett has been a monster all year, destroying defenses, but I think Metcalf is their secret weapon. He is 6 feet 3 inches tall, 229 pounds, one of the fastest receivers in the NFL, and has incredible hands. If they take advantage of him, he can beat any secondary in the league.

They have a very strong running game, led by one of the most underrated running backs in the game, Chris Carson. Their defense has struggled a lot this year, but the combination of a quarterback who can throw as good as anyone, who can use his feet to get out of trouble, and having one of the best receiving corps and running backs in the game, I think they can beat any team in the NFC to make it to the Super Bowl.

Both teams are going to run into a number of challenges to make it, but I think they can both outlast any team to make it to the big game. The Ravens are going to have to get through some tough teams in the AFC, the best being the Patriots and Chiefs. I believe they can beat both of these teams as the Patriots, the best coached and most experienced team in the league, just don’t have enough talent to beat this Ravens team. They already played earlier in the season when the Ravens handed the Patriots their first loss of the season, destroying them 37-20. The Ravens out-talented the Patriots, and I don’t see anything changing come playoff time.

Getting through the Chiefs is also going to be very tough. The Chiefs have had the best offense in the league hands down, but their weak defense and injury-prone offense is not enough to get through the Ravens.

The Seahawks are also going to have to beat some very good teams to beat out of the NFC. The 49ers, Packers and Saints are of the best teams that are going to challenge the Seahawks.

Personally, I don’t see the 49ers as a threat to the Seahawks as they have an inconsistent offense, and although they have the best defense in the league, they are not nearly good enough to compete with the Seahawks.

The Saints and Packers are two very good teams, but the Saints have too many injuries and an inconsistent defense, and the Packers just don’t have the talent to beat them. The Packers have a very bad defense, and although that didn’t stop them from winning in the regular season, it is going to be a major problem in the playoffs.

When it comes to the big game, I think the Ravens will pull it off in a close game. Lamar Jackson is unstoppable, and I don’t think the Seahawks will be able to find a solution, especially with their struggling defense

Russell Wilson is also very hard to stop, but the Ravens have a much stronger defense and I believe they will be able to get just enough stops to let Lamar Jackson and the powerful Ravens offense wins the game. On top of that, the Ravens beat the Seahawks 30-16 during the regular season, and Lamar Jackson ran for 116 yards and a touchdown, which is just more evidence that this Seahawks defense can not stop Lamar Jackson. The Ravens will win their first Super Bowl since 2013.

The Patriots started the 2019-2020 NFL season on a mission. It looked like they could not be stopped. Although their offense has looked out of sorts at times, at the end of the day, they are being led by an all time great and future Hall of Fame quarterback Tom Brady.

The Patriots are also known to thrive when they are underdogs, and TB12 is known to be at his best in the clutch (playoffs). With all of the hype surrounding Lamar Jackson and the Baltimore Ravens, I strongly believe that Brady will lead his troops to a historic win in the AFC Conference Championship in order to compete and win his seventh Super Bowl ring.

With Julian Edelman, Brady always has an option when taking shots down the field. Edelman, one of the most tough and reliable players in the whole league, cannot be guarded in one-on-one coverage as shown last Super Bowl against the Rams where he put on a show with 10 receptions for 141 yards, winning him the MVP (Most Valuable Player) Award. His route running is top notch when it comes to effectiveness and creating space, giving Tom Brady the opportunity to throw him the ball.

In addition, at the running back position, they have players like Sony Michel and James White. Michel, out of the University of Georgia, is a young player who can make guys miss and get yards on the ground. Throughout the past two years, he has been a major part of the success of the Patriots organization as he has filled the role of a solid running back. Also, James White has been sensational the last couple seasons as many consider him to be the best receiving back in the NFL, thus proving his versatility. Therefore, not only can he run the ball, but he is also a major threat to many defenses as a pass catcher. This only adds another weapon for other teams to stop.

However, up to this point, offense has clearly been a weakness for the Patriots as their defense and special teams have been superb. Defensively, the Patriots rank as one of the best based on stats and performances throughout the whole regular season.

It all starts with a dominant secondary. First off, they have one of the best, if not the best cornerback in the whole NFL in Stephon Gilmore. From locking up other team’s best receivers to making big open field tackles, Stephon Gilmore has been playing like a Pro Bowler. He goes up against the best in man coverage and shuts down the opposition on a consistent basis. In addition, they have the McCourty twins who make a great team as a cornerback-safety duo. Devin, who plays safety, and Jason, who plays cornerback, are both elite players for their positions. From intercepting balls thrown by the other team’s QB to frustrating their opponents, they make play after play to help the Patriots win games.

Another strength for this Patriots team is their linebackers. Between Kyle Van Noy and Jamie Collins, they have all of the speed and athleticism in the world. Although big, these two guys are very fast for their position and can drop back in coverage as well as rush and get physical with offensive linemen. All of these elite players combine and work together to make a great football team that has a solid shot at going to the Super Bowl and even winning it.

Lastly, they have arguably the best coaching staff. From Bill Bellicheck (Head Coach), an absolute legend and football genius, to Josh McDaniels (Offensive Coordinator), a crafty play-caller, they have the whole package. To go along with this, they have ultra-important experience as both of these two coaches have been there for all six Super Bowl wins for the New England Patriots during the Tom Brady era.

On the other hand, coming out of the NFC, I believe that the Saints will prove victorious and make an appearance in the Super Bowl. They have a veteran quarterback in Drew Brees who always throws at a very high completion percentage, and a star wide receiver in Michael Thomas from Ohio State University, who is dominant in the passing game. Drew Brees throws dot after dot, while Michael Thomas makes spectacular catch after catch in order to put points up on the board and get wins for this New Orleans Saints team.

Out of the backfield, they have running back Alvin Kamara from Tennessee, who is a very balanced back as he can run and catch the ball. In his second year, Kamara has been banged up with injuries; however, he continues to be an elite and trustworthy back.

On the defensive side, the Saints have been very solid as well. Cameron Jordan, an amazing defensive end, continues to dominate and shine over his opponents as he racks up sack after sack and blows up play after play for a loss of yards. He is an absolute force and takes multiple people to stop throughout the course of an entire game.

They also have very solid linebackers, cornerbacks, and safeties. One thing that makes this Saints team very scary is the fact that they do not have any true weaknesses. They are one of the most complete teams in football; therefore, I believe that they have a great chance at competing in the Super Bowl.

Yet, in the end, I believe that the Patriots will win over the Saints in a very close Super Bowl game. 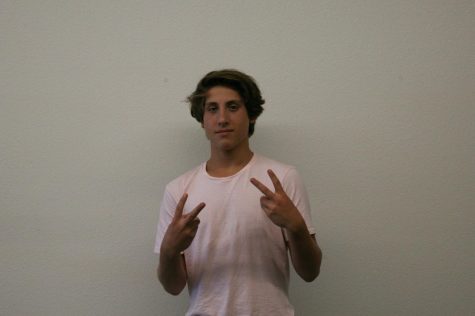