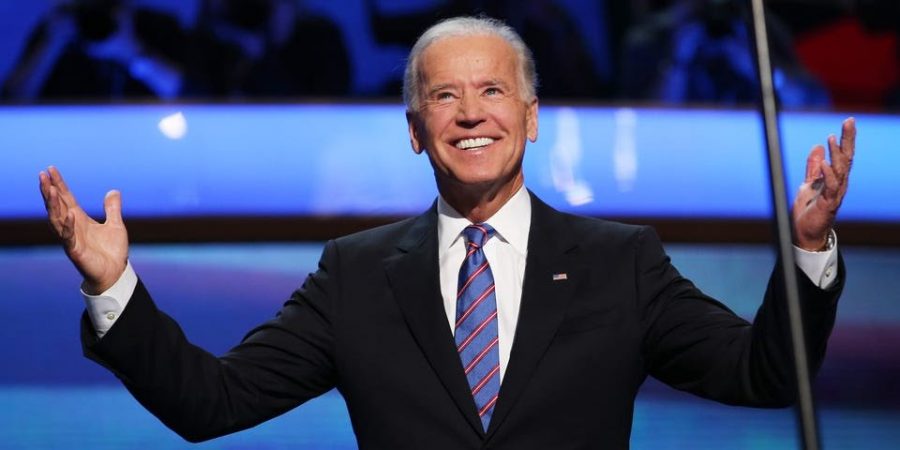 After Bernie Sanders suspended his campaign on April 8th, former Vice President Joe Biden was the last man standing in the race for the Democratic nomination. Biden is, therefore, the presumptive nominee of the Democratic Party. While Biden has been involved in politics for almost fifty years, there is a lot one may not know about his life and political stances.

Education: Biden has a plan for elementary, middle, and high schools. that will increase federal spending on schools in low-income areas that are commonly under-funded. It would also focus on increasing health officials working in schools and helping teachers pay-off student loans. Another plan would assist those in public service with paying off student loans by waiving $10,000 dollars a year for up to 5 years. The plan also guarantees that people earning less than $25,000 annually would owe nothing on federal undergraduate loans. Those earning over $25,000 would be capped with interest at 5%- half the current cap. Biden also wishes to make community colleges free.

Gun control: The Biden campaign has proposed a ban on all assault weapons, universal background checks, and a push for gun manufacturers to have more biometric safety measures. Biden has also said that he would promote a federal buy-back program to have fewer guns in the U.S.

Climate crisis: Biden has proposed a plan that would set the United States on track to eliminate all greenhouse gas emissions by the year 2050. The plan is set to cost 1.7 trillion dollars. The plan also includes an end to fossil fuel subsidies and a ban on new gas and oil land permits. Biden would also re-enter the Paris Climate Accord.

Healthcare: Biden has a plan for an expansion of Obamacare to make private insurance more affordable, along with a better public option similar to Medicare.

Immigration: Biden has supported congress giving citizenship to undocumented people brought to the U.S. as children and creating a pathway to citizenship for undocumented immigrants. Biden has said that he opposes decriminalizing crossing the border illegally.

Economy: Biden wishes to repeal tax cuts on the wealthy and corporations enacted by President Trump and increase the minimum wage to $15. Biden would also eliminate non-compete agreements for workers. Biden has said that he would raise the corporate tax rate from 21% to 28% and raise the top individual income tax rate to 39.5%.

Joseph Robinette Biden Jr. was born in Scranton, Pennsylvania on November 20th, 1942. Biden grew up as a Roman Catholic in a middle-class household.

Biden’s family moved into an apartment in Claymont, Delaware in 1953. He attended Archmere Academy after his family moved to Wilmington, Delaware. At Archmere Academy, he was on the football team and participated in an anti-segregation sit-in. Biden was elected class president during his junior and senior years of high school and seen as a school leader, despite his poor grades.

Biden graduated high school in 1961 and went on to attend the University of Delaware, majoring in history and political science. Before his graduation in 1965, he met his future wife, Nelia Hunter, while on vacation in the Bahamas. Biden supposedly told Hunter while they were dating that his goal was to become a senator by the age of 30 and then go on to be president.

For law school, Biden went to Syracuse University. During the peak of the Vietnam war and war drafts, Biden was classified as not available for service due to experiencing asthma as a teenager.

Throughout his youth and into adulthood, Joe Biden had an issue with stuttering and tried to help the problem by reciting poetry in the mirror. His stuttering has been faulted with harming his debate performance throughout 2019 and 2020.

Two years after his marriage, Biden clerked for a law firm headed by Republican William Prickett in Wilmington. He said that he, “thought of myself as a Republican…” He supported local Republican politicians but registered as an independent out of distaste for Republican presidential candidate Richard Nixon.

In 1972, Biden entered the U.S. Senate election for Delaware. Biden was the underdog in a race against Republican incumbent Sen. James Boggs. There was no other democrat who wanted to run against Boggs as he had the full support of the Republican Party and President Nixon behind him. Biden started with no money and his campaign was staffed exclusively with members of his family, including his sister who managed the campaign. The summer before the election, Biden trailed his adversary by over thirty points but went on to win the senate seat in November by only over three thousand votes.

Only a little more than a month later, Biden’s wife pulled out of an intersection with their three children in the car. The car was struck by a tractor-trailer. Biden’s wife, Nelia, and their daughter Naomi were killed in the accident. His two sons survived but were hospitalized. Biden was in Washington, D.C. when he got the call that his wife and daughter had died and had to be sworn into the senate in his sons’ hospital room.

Biden met his future second wife, Jill. in 1975 after seeing a picture of her in an advertisement in a park and being set up on a blind date with her. They have a daughter together.

Early in his senatorial career, Biden was focused especially on legislation centering on consumer protection and government accountability. Biden was named by Time magazine as one of the 200 Faces for the Future in 1974.

Biden was a leading opponent of desegregation busing in the senate, leading to many of his white supporters dropping him.

In 1987, Biden attempted to run for President, but his campaign lacked cohesion due to rivalries among his staffers and failed. Biden ran again for the 2008 presidential election, but eventually dropped out and ran with then-Senator Barack Obama as his running mate.

Biden officially launched his campaign for president on April 25th, 2019.