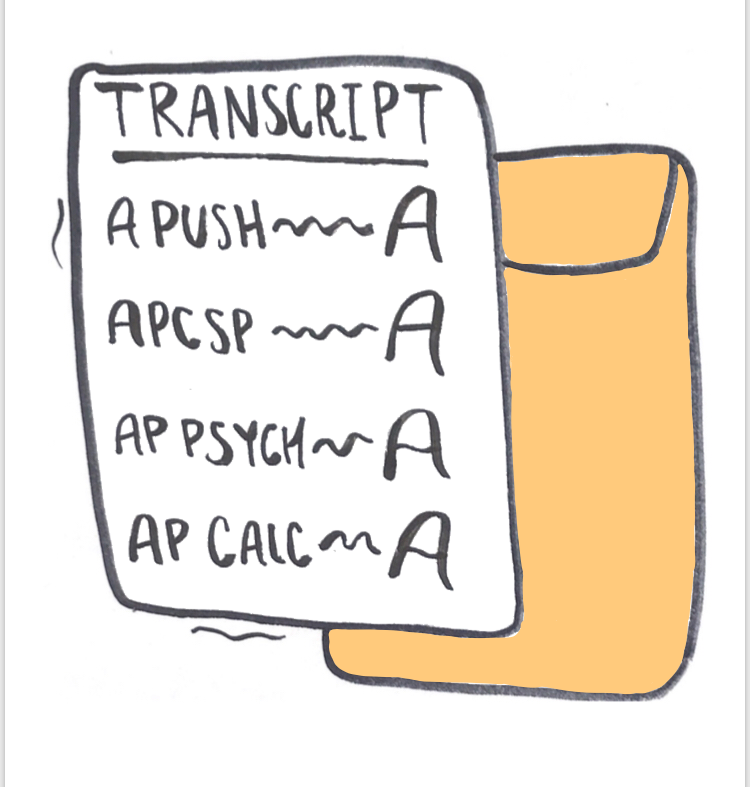 In response to the San Dieguito Union High School District decision to do credit/no credit grading system, students are petitioning for a “Double A” system that would allow for an A or A- on their transcripts in the fourth quarter.

Assistant principal Katie Bendix said SDUHSD, like many other districts nationwide, is abiding by the current plan to continue using the credit/no credit system.

“SDUHSD’s Spring 2020 Credit/No Credit grading policy is what district leaders, instructional leaders, and SDFA have collaboratively agreed upon to be best for all students during this unprecedented school closure,” Bendix stated.

“At this time, our main priority is the health and wellness of our school community, while maintaining student progress toward graduation and college or career readiness, and we believe that credit/no credit grading is the best avenue to achieve this.”

After the letter was released on April 3 by Superintendent Robert Haley, Jungwoo Seo, a junior at Torrey Pines High School, started a petition in response to the new grading guidelines. His petition has reached over 750 signatures as of April 27 with comments in support of the new grading policy.

“The most they have elaborated about how the grading system would play out is a few paragraphs on a letter that was vague and blunt. In essence, their words have raised more questions than they answered. [There is] a lack in terms of assessing students equitably when one students’ grades say A and another says pass,” Seo said.

A junior at San Dieguito Academy who wishes to remain anonymous shares a similar view.

“I know the school is doing their best, and that in the end, things will work out okay. I just wish that we had considered more student viewpoints before implementing credit/no credit. I think that the credit/no credit policy could negatively impact some students, especially if other schools nationwide opt to do letter grades,” the student said.

Haley reassured that the University of California and California State University systems have stated that they will accept credit grades instead of letter grades for this college admission cycle.

Nonetheless, the junior still has worries with possible biases in the college admissions process.

“So many schools are taking different approaches and some will have inherent advantages. If a student at our school takes four weighted classes this semester, their success won’t be reflected in their transcript. Whereas a different student whose school isn’t doing credit/ no credit, but has the same course load, would automatically read better on paper.”

Grades in the second semester will be viewed in a different light, Bendix said. Even with the weight, it has carried in other admissions cycles, many factors have changed for this upcoming college admissions entry. It will be up to colleges on how student’s applications are viewed.

Bendix also mentioned that an official school profile will provide context to the given circumstance along with a student’s high school transcript.

Seo believes that although colleges may be flexible on this issue, third party scholarships, internships, and job opportunities will have much more rigorous requirements on letter grades.

“If the students that need this scholarship or need to work during the summer cannot get the funds they need to get a scholarship or work to earn money, then the entirety of higher education is barred for them, and that seems to raise the inequities found in the status quo to a new level,” Seo said.

The Double A grading model is not a completely radical idea. Harvard University students and other colleges have pushed for the A or A- minus system due to the impacts COVID-19 had on the whole community, especially those affected by the various extenuating circumstances. The San Francisco Board of Education has adopted similar measures that all students receive As.

Under the double grading policy for the fourth quarter, Seo proposes we follow the same model colleges have been proposing for the SDUHSD district. The faculty will decide between an A or A- for a student’s final quarter grade.

The Double A grading policy will provide a letter grade on transcripts rather than a risk of potentially failing or receiving a pass without an improvement in one’s grade point average, according to Seo.

“The Double A system would encourage them to work hard without fear of being academically punished because of factors beyond their control. Being able to complete coursework during a global pandemic is a statement of academic excellence in itself,” Seo states in the frequently asked question.

How about Canyon Crest Academy and SDA students that don’t have plus or minus on transcripts?

“I’ve been getting that question a lot…I used the Double A grading system even though it’s irrelevant to the districts’ grading policy because it’s relevant to many movements that colleges are doing to make the grading system recognizable and show that there is a precedence of the system working and being implemented across the nation as shown in op-eds from The Daily Texan and more.”

Seo also clarified that this proposed grading policy is not grade inflation, but rather, a statement of academic excellence achieved by all students through the pandemic.

Seo added that the Double A grading policy is the only method that “does not penalize but rewards” by having the ability to stay academically afloat.

Other grading structures have been thrown into the discussion as well from other SDUHSD community members.

Adin Ackerman, a junior at SDA, agrees that students should have a letter grading policy but teachers should be more flexible for those who have accessibility and equity issues.

“I think the resolution to everyone’s problems is district flexibility with its grading system. Teachers should be flexible and not penalize students severely as you would in-person schooling,” he said.

However, Seo believes the choice between a standard letter grading system and credit for this quarter will be even more detrimental to those under resourced when speaking at the meeting.

“This pandemic has taken the luxury away from low income and minority students, even students who otherwise would’ve gotten As that do not have the ability to do so because of these outside constraints,” Seo said. “If SDUHSD allows options between a credit/no credit and a letter grade, this creates a stigma around choosing the credit/no credit System. Students without internet access, stable housing, or food security may be forced to choose Pass/Fail because of their unique situation.”

The SDUHSD board has made strides to address technological and food issues. SDUHSD orchestrated a Chromebook check-out system for district families. According to the Forum meeting on April 24, Celeste Barnette, assistant principal at SDA stated that the administration is finding ways to provide internet hotspots.

Concerns about equity and accessibility beyond the lack of technological access have been a twofold according to Seo. He believes barriers could be several factors such as family or friend circumstances, disabilities, and communication breakdowns despite asynchronous learning.

“Many low-income students will now have to take care of younger siblings because of public school closings. Many students lack a quiet space to study in when they live in multigenerational housing and with public libraries closing. Mental health concerns are also exacerbated during this time due to familial reasons, social isolation, and much more, making it much more difficult for some students to work and focus. Many queer students are being sent home to environments where they are facing hardships and trauma due to their sexuality or gender identity,” writes Seo in the frequently asked questions.

Seo’s movement is one of many that prompts the role of grades in unprecedented situations.

Other districts like San Diego Unified High School District have stated that grades can only go up and these grading policies will launch on April 27. Tacoma decided to do an A through C grading scale for middle and high school students without the option to fail.

According to the board meeting held on April 21, Superintendent Robert Haley and other board members said they are still in the midst of a discussion for the proposed changes. Melisee Mossy, a trustee at SDUHSD said she would like to explore further data from other universities’ standings on grades this spring.

In the larger scope, the grading policies may be a wake up call in higher education.

“My one hope is that perhaps out of this crisis we can really rethink some of our values, practices, and how we assess students. We can come up with more humane and authentic ways to do so,” said Kristin Gibson, a board trustee at the SDUHSD meeting.

Free hugs for anyone and everyone! Oh, wait...