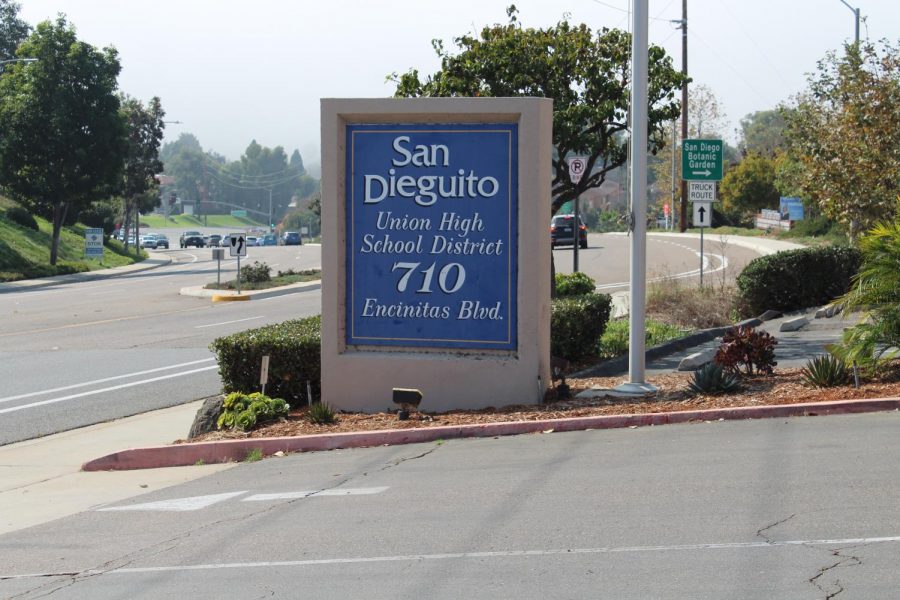 Latest updates and timeline on the SDUHSD reopening plan

By The Mustang Staff, Journalism

Following the reopening timeline for the San Dieguito Unified High School District is not a simple task. The staff at The Mustang has created a timeline in efforts to inform and demystify the current state of on-campus education.

Last updated on March 26 at 12:23 pm PST. We will continue to update this article with more information. Updates are found at the bottom.

This plan was last updated as of Jan. 14.

San Dieguito creates an expanded reopening committee to consider the viewpoints of around 50 invited health experts, principals, student board reps, about eight teachers, and eight parents. Committee members met on Oct. 8 and Oct. 22.

Nov. 16 – The district releases the first Google survey to students and families, gauging interest in returning to school

School sites ask for feedback for site planning. San Dieguito Academy releases a letter regarding the timeline and more.

The district proposes the first iteration of the one-day-a-week hybrid school model.

SDUHSD must re-evaluate its reopening plan in order to accommodate new guidelines released by the California Department of Public Health.

Feb. 19– San Dieguito sends out the second reopening survey, to reevaluate interest for in-person learning once a week

While approval of the reopening plans pending approval from the California Department of Public Health, SDUHSD sends out a second Google survey to reevaluate student and family interest in returning back to school on-campus. Teachers slowly return back on campus while teaching virtually, unless otherwise approved to work from home.

Students who would like to be back on campus are assigned to a cohort by last name and a day of the week.

Feb. 22– Reopening plan submitted to the county for approval

“On Monday, February 22, we submitted our School Safety Review request to San Diego County Public Health, the first step in the process,” according to an email sent out by Superintendent Haley on Feb. 28.

Feb. 27– Reopening plan approved by the county, submitted to the state for approval

“On Saturday, February 27, San Diego County Public Health Officer, Dr. Wilma Wooten, approved our plan and submitted it on our behalf to the CDPH K12 Safety Review Portal for final approval prior to the start of the business day on Monday, March 1,” Haley said in a SignalKit message on March 8.

Hopes begin to have students begin the hybrid model on March 8, the day before the state must approve the district’s reopening plan.

SDUHSD still plans to have students come to campus at this point; “we are allowed to do so under guidance issued by the Safe Schools for All Team on January 19,” Haley said in a SignalKit message on March 7.

Dr. Naomi Bardach, the state’s medical representative for California Gov. Gavin Newsom, must respond to the request for review by March 9, a day after students were supposed to return to widespread on-campus learning.

State tells the district that the district cannot move forward with reopening efforts under the proposed plan, and “must adhere to cohort guidance” from the CDPH, Haley said in a SignalKit message on March 8. Bardach states that the decision is final.

As it currently stands, those who elected to return to campus in-person on the second survey are allowed to log onto their classes from the outdoor common areas on the school campus. However, they cannot receive in-person instruction from their teachers, like planned in the rejected reopening plan.

If students elect, however, not to return on-campus under the aforementioned model, they then can continue with the current, strictly virtual learning model in place right now without taking any further action, according to Haley in a SignalKit message.

Governor Newsom will reflect on California’s pandemic status and more information about reopening schools in his state of the state address on March 9 at 6:00 pm PST via Facebook, Twitter, and YouTube.

The county must be in “Red Tier” for 14 consecutive days in order to safely reopen in accordance with state guidelines. As it currently stands, San Diego County is still in the “Purple Tier.” A detailed guide of what the tier system means can be found here.

The state of California changed the classification of the tier system as of March 9, shifting San Diego County from the Purple into the Red Tier. This change may allow schools to reopen as early as March 17, if the county is allowed to retroactively include every day that it would have fit into the new “Red Tier” classification.

Individuals who elected to return to on-campus education in the second district-wide survey are allowed to return to school one day a week according to the Safe Reopening Plan beginning on March 16. This change comes from an order issued by Judge Cynthia Freeland, “which allows our district to implement our expanded reopening for in-person, rotating in-class instruction that begins with our one-day-a-week model immediately,” said Superintendent Robert Haley in an email to SDUHSD families and staff on March 15.

As per SDUHSD board rulings on March 18, individuals who elected to return to on-campus education in the second district-wide survey are now allowed to return to school two days a week. “We believe now is the time to take the next steps and we are directing the superintendent to implement a 2-day a week model beginning on Monday, March 22, as our next step,” said trustee Mo Muir in a statement released to SDUHSD students and staff on March 18.

Superintendent Robert Haley released an update regarding reopening plans on March 25 at 2:28 pm. “Effective April 12, 2021, the District will provide all students the opportunity to attend school for in-person instruction four (4) days per week,” according to the letter.

Regardless of learning model choice, all 13,000 students will continue to have a five-day academic learning week.

About the Contributors
The Mustang Staff, Journalism

Free hugs for anyone and everyone! Oh, wait...