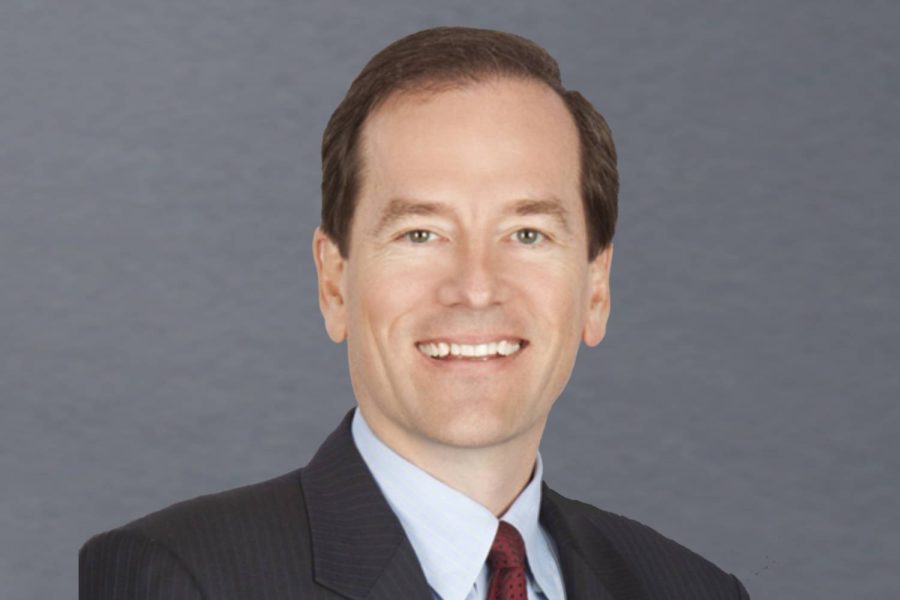 A frustrated student’s opinions on Board Trustee Michael Allman

Disclaimer: The opinions stated in this article are mine and mine alone. They are not published in an effort to fulfill an agenda or satisfy any external organization. To my knowledge, any facts stated are true, and any opinions stated are fully believed and thoughtfully researched.

The name “Michael Allman” has been swirling around San Dieguito Academy’s social circles for over a year now. Michael Allman was installed as the San Dieguito Union High School District Area 4 Trustee on December 11, 2020 and has been a controversial voice in meetings ever since. What’s important to remember, from any perspective of him, is that he is an elected officer and must be treated as such. With that said, here is an abbreviated version of why I find Michael Allman currently unfit to serve the district.

Any information quoted is either linked in blue, or from an interview I conducted with Michael Allman on December 17, 2021. Allman rejected multiple requests to record the conversation, so any quotes are from typed notes. This alone is strange as somebody who advocates themselves as fully transparent. Nevertheless, I am confident in the accuracy of the message of said quotes, and specific vocabulary used when applicable.

DISMISSAL OF STUDENTS, TEACHERS, AND ADMINISTRATION

Amongst my peers, this issue gets the most talk. Allman often uses the tagline “students first,” yet often it appears he is doing the opposite. In his very first meeting, Allman prompted a discussion on the value of ASB student board representatives. He expressed that the value the ASB representatives provided to the discussion was “very near zero. These are young kids, and this is a serious topic.” This quote immediately caused outrage within the community and sparked my own curiosity about Allman. When I asked him about this incident, he insisted that it was all taken out of context. He claimed that this happened during a vote in the final minutes of the meeting; Trustee Katrina Young asked for student input to “essentially run out the clock” and force the vote to be delayed in an effort to further postpone the reopening of school campuses. In response, Allman claimed he said that the value the students provided at that moment was negligible. This story is untrue. While there was some deliberation once the vote had been called, it was not when Allman had his infamous “very near zero” quote. That actually happened 30 minutes earlier (4:44:55 of meeting minutes), when no vote was taking place, nor was there a time crunch to rush through.

IN FULL VERSION: Allman’s misleading claims regarding voting “with the students every time” and not giving teachers reasonable options to work remotely during the January 2021 reopening, as well as his ongoing conflict with Superintendent James-Ward.

Above all, elected officials must be transparent and honest. Unfortunately, it appears Allman is actively taking measures to hide his conversations and motivations. Allman submitted 22 public records requests between March and May 2021, including searches for his own name and the term “election.” The requested records were not meeting minutes or published documents, but instead emails coming to and from SDUHSD accounts. Unbeknownst to myself and many of my peers, any email sent to or from an SDUHSD account is accessible through public records until they are deleted. I asked Allman if he considered this a violation of privacy, to which he flat out said “no.” He even advised me to delete any emails I “wouldn’t put on the front page of the New York Times.” He further elaborated that he has a habit of deleting his emails and was planning on deleting more after he left our conversation. Allman’s political party has continually bashed then-Secretary of State Hillary Clinton for deleting emails, so it perplexed me to listen to him describing similar actions. We may never know the content of the emails Allman is deleting, and that concerns me. Allman is not providing transparency to the community; instead, through email deletions, he is doing the opposite.

IN FULL VERSION: Allman’s questionable relationship with the “SDUHSD Families for Students First” Facebook group, as well as his wealthy “Inner Circle of Advisors.”

OUT OF TOUCH WITH ISSUES

Possibly most concerning of all is Allman’s ideas is his proposed guideline to make schools safer. To his credit, some of the points were positive, such as checking in visitors more rigorously. However, to add to security, Allman explained that he wanted “more cameras, smarter cameras. Cameras that can do facial recognition or license plate capture… Not in areas where you’d have an expectation of privacy. So not in the bathrooms and not in the locker rooms, and probably not in the classrooms to start, but in things like the hallways and common areas.” This is beyond disturbing on multiple levels. I am the first advocate for school safety, but I absolutely do not want cameras tracking and identifying my face around campus. The thought of an automated record of exactly where I go, for nearly 40 hours a week, is genuinely scary. I’m not trying to hide anything, but what happens when I disagree with a school policy? Can the information about where I go every single day be used against me? And these cameras won’t be put in classrooms “to start”? Does that imply that they might be implemented within classrooms in the future? If there is a camera tracking my face at all points where I’m at school, excluding the bathroom, does that not get dangerously close to a surveillance state? Does monitoring nearly every school space provide the best learning environment for our teachers and students? The questions to these answers pose devastating impacts for the district that I don’t think any student or teacher wants to live through.

IN FULL VERSION: Allman’s negligence regarding learning from instructional time in classrooms and lack of awareness regarding alleged gun violence threats to SDUHSD.

“Before I was a board member I was on no parent committees. I had no role with the district at all.”

What motivated Michael Allman to run for the school board? It certainly isn’t because he has nothing better to do. Allman’s own campaign website boasts about the prestigious career opportunities he’s had. So why would Allman take on what he describes as 30-60 hours of work every week for relatively little pay? What seems likely to me is that Allman is using this role as a political prop to gain the favor of the San Diego Republican Party.

Allman actually ran for Congress as a Republican in 2018 but was eliminated in the primaries. His platform was based on a direct democracy system which envisioned citizens voting on issues, meaning that he would always vote the will of the people (and yet, he has consistently voted against the explicit opinions of students, parents, and teachers as a Board Trustee). I asked him about some topics he brought up in his campaign, none of which were related to education, and he noted that “it is hard to win a seat in Congress unless you have the endorsement of the party,” and he did not have that support in 2018. There is little to explain Allman’s actions as a Board Trustee other than implementing policies the Republican Party favors. He argued for the expanded opening of schools, even when it wasn’t deemed safe by experts, mirroring Republicans around the nation at the time. He has negatively commented on the teachers’ union multiple times. He has claimed that free education is a socialist policy and an “empty promise.” He has had no role with the district before running for board. Is Allman taking advantage of a school district to further his political aspirations? Everything Allman does as a board member is for a reason, and we as constituents must recognize that. To be clear, I don’t think that running for office as a Republican is inherently wrong. However, I do believe taking advantage of a school district to do so is wrong. Allman should be using his time on board to encourage constant and consistent improvement of a district so many groups call home, not to bolster a political resume.

Michael Allman’s actions outlined above are not beneficial to the district. They actively take away from the work of countless teachers, faculty, volunteers, and students who spend their time with the district. Remember, we have the power to keep Allman and the rest of the SDUHSD Board of Trustees in check. This November, cast your vote if you are eligible. But every day, regardless of the election season, we should be demanding accountability and only the best from our elected officials. That can start with an email, phone call, or maybe an article published in your school newspaper. Whatever it is, don’t stop fighting until justice has been reached.

This is an abbreviated version of my thoughts. Please visit https://bit.ly/OpinionsOnAllman to read more of my research and analysis concerning Michael Allman.