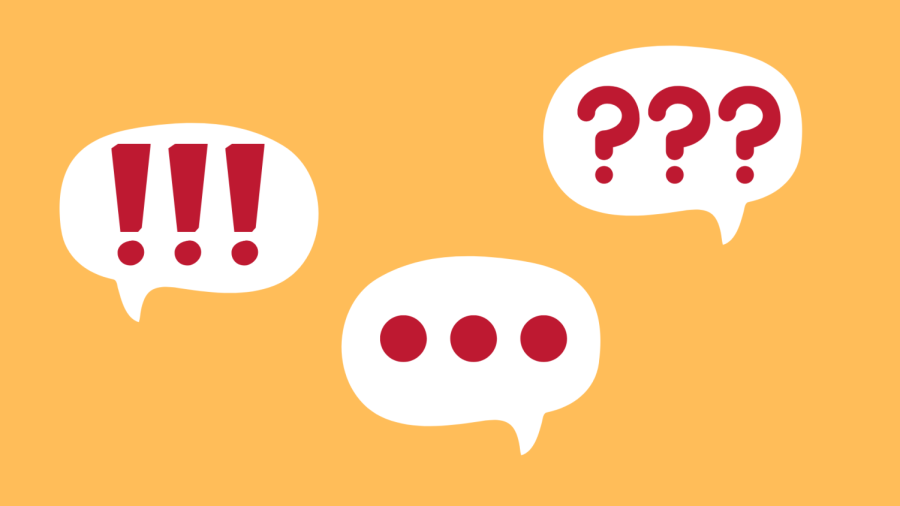 The controversy over diction

Verbiage has become a controversial issue but why?

Words hurt; it’s true. The way you express yourself through language can cause a myriad of feelings in another person. It is always important to watch what you say and how you say it. However, how crucial is diction and is it worth so much focus?

It seems that acceptable verbiage changes so often; you almost can’t keep up. There is constant judgment from others about the words you use. Language is made up. One can give a word any meaning one wishes as long as society accepts it.

Who is the one deciding what words are acceptable to use? It doesn’t seem to always be the people with the closest relationship to the words. Are those who are struggling with poverty invested in whether they are called “poor”, “underprivileged”, or “underserved”? It’s unlikely.

Why do we put so much thought into whether to say “underprivileged” or “underserved” instead of putting effort into helping people in those situations? Activists can spend their lives working to help people, but if they say what is currently perceived to be insensitive, they will be blasted on the internet.

In recent years, the use of the word “fat” has become a faux pas with curvy or plus-sized becoming a common euphemism. However, many fat influencers have bemoaned the avoidance of the word “fat” as it suggests there is something wrong with being so.

Fashion blogger Shaina Tucker explained, “For me, the word fat is just a description. I often refer to myself as fat because I am. I see it no differently than calling someone skinny.”

There are some words that have previously been shunned by society, only to be reclaimed. Queer originally meant “odd”. “Queer” was then used as a homophobic slur, but now some people of the LGBTQ+ community proudly identify by it. There are those, however, who still remember the checkered past of “queer” and are uncomfortable with its use.

Words constantly come in and out of fashion. One word will be swapped with another, only for it to be swapped once again. The real problem is how words are used, not the words themselves. While the word “fat” is just a harmless description, its use as an insult has made it controversial.
Once a word becomes an insult, those who don’t mean to cause verbal harm will likely stop using it. The word will then take on a purely negative connotation. The only way to prevent this is to use the word without the intention of harm.

Due to the beliefs of society today, it is unlikely that “politically incorrect” words will be used without causing damage to others. However, if people would trust each other more to use words to convey messages, not harm, words could be used more freely.