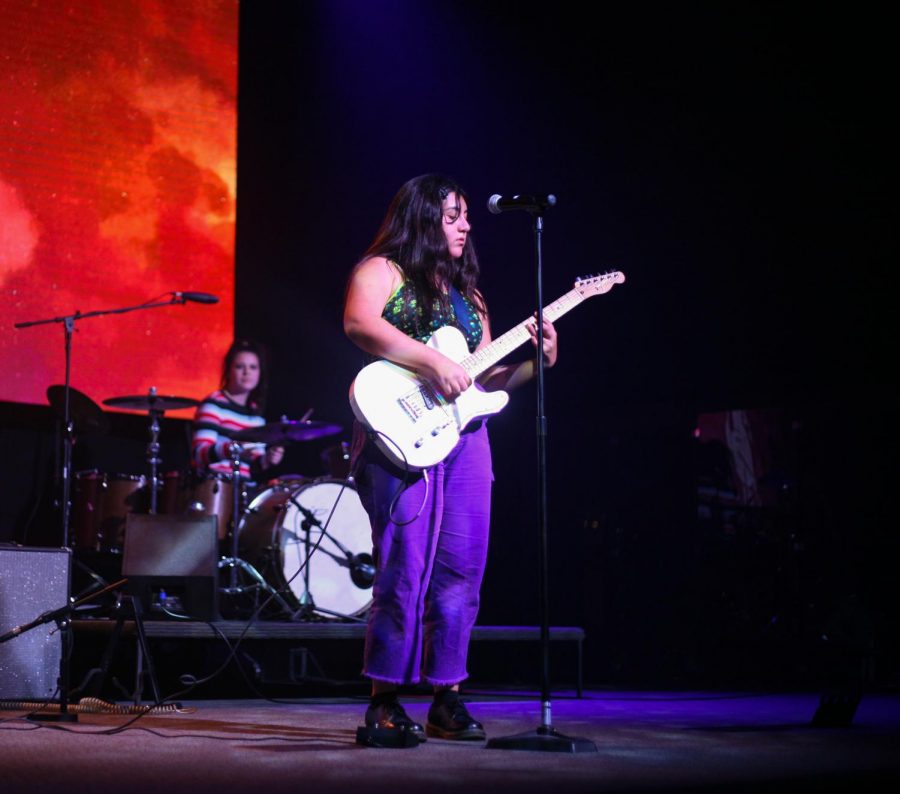 SDA bands compete in Battle of the Bands

San Dieguito Academy students, staff, friends, and family all gathered in Venture Church last night to see annual Battle of the Bands finals. Students showcased their talents through original songs and covers, while entertaining the crowd. The top five bands of the lunch-time performances the past few weeks were judged by several local musicians and producers to see which band is the best.

The first band was Not Our Tortoise, consisting of freshmen Cadee Couvillion on vocals, Meredith Tillotson on guitar, Kate Alberts on bass, and Chloe Kinander on drums. They played a variety of covers, including a familiar Cage the Elephant song.

Next to hit the stage was Feed us Smoothie. Seniors Mateo Murphy and Jacob Bogajczyk played guitars, Ethan Belford played bass, and Lucca Stastny on drums. Murphy and Belford traded off vocals in several original songs, titled MORP, Hiding in my Closet, and Moisturd.

To finish up the show, last year’s winners, Skulpin Bomb played. Skulpin Bomb consists of seniors Ethan Belford on guitar, Lucca Stastny on bass, and Grayson Gerber on drums. They played a ton of original songs, all performed on guitars and basses made in SDA’s guitar making class.

After the judges discussed their decision, junior Grace Keefe and senior Kalvin Grensted got on stage to announce the winners.

The results were in.