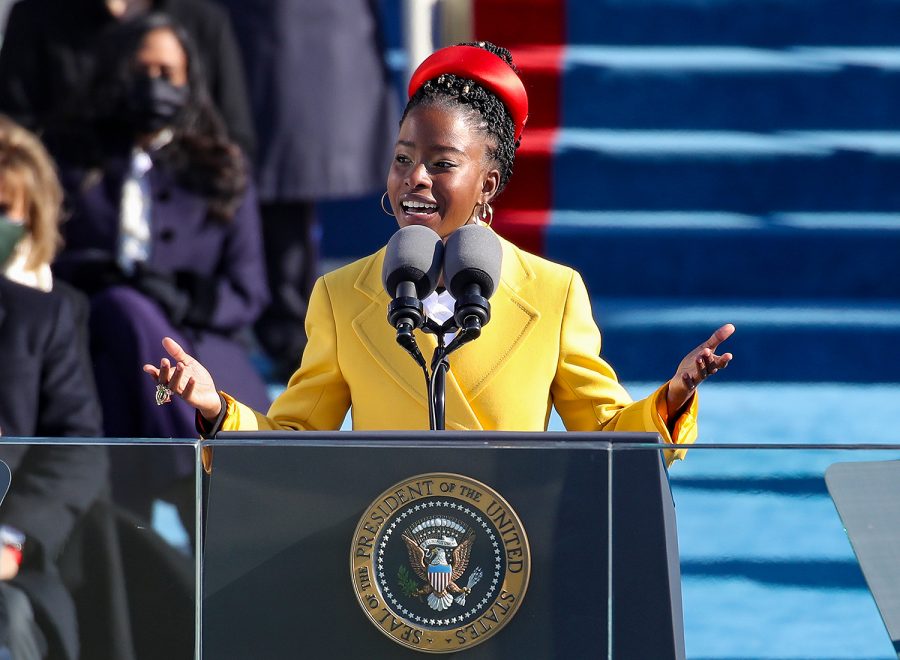 Youth Poet Laureate Amanda Gorman speaks at the inauguration of U.S. President Joe Biden on the West Front of the U.S. Capitol on January 20, 2021 in Washington, DC.

Gorman’s powerful, heartfelt poem “The Hills We Climb” described one of the most historical lessons and a call for unity throughout America. She wrote her poem during the Capitol attacks.

Gorman has empowered change globally through her poem and represents the years to come. Gorman plans to run for the presidency in the upcoming years.

“Where a skinny black girl, descended from slaves and raised by a single mother, can dream of becoming president, only to find herself reciting for one,” Gorman said. This is just the beginning of America’s change and Gorman’s rise.

About the Writer
Molly Jackson, Staff Writer
Leave a Comment