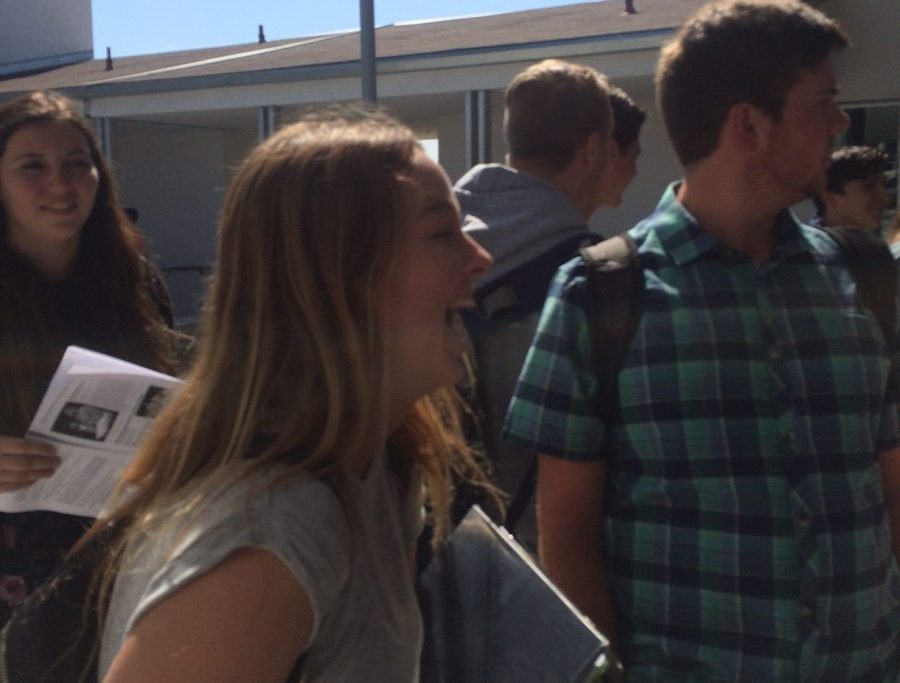 Commotion, nerves and screams of excitement filled the PAC courtyard Friday as the cast list for SDA’s first theater production, “Boy Meets Girl” by Sam Wolfson, was announced. The one-act romantic comedy will show on Sept. 29-30 and Oct. 1.

The play will feature junior Lawrynce Cecio and senior Thea Farber as two young people in a relationship.

Farber said in the moments after receiving her role that she was “very excited” to be working with Cecio, adding with a laugh that “hopefully there will be some smooching.”

Garvey, who is acting in her first production, said she is “overwhelmed” with enthusiasm at being involved.

This show will also bring some new faces backstage. Seniors Savannah Casey and Shea Fairbanks-Galaudet, the student directors, are both new to the position. Junior Ava Lilie will also be stage manager for the first time. All three have previously been involved in numerous SDA productions.

“[Directing] is just something I’ve really wanted to do for a while now,” Casey said. “When I first started theatre, the student directors really helped me, so ever since then I’ve wanted to direct as well… Plus, I’m excited to work with Shea again after acting with her in ‘Hamlet’ [SDA’s June 2016 production].”

“I feel very well prepared but I’m still nervous,” said Lilie, of stage managing, adding that she is eager to work with her friends in the cast and crew, and to meet the new freshmen involved in SDA theatre.