Gender Neutral Homecoming? Eco-Friendly Buildings? This and More at the Forum 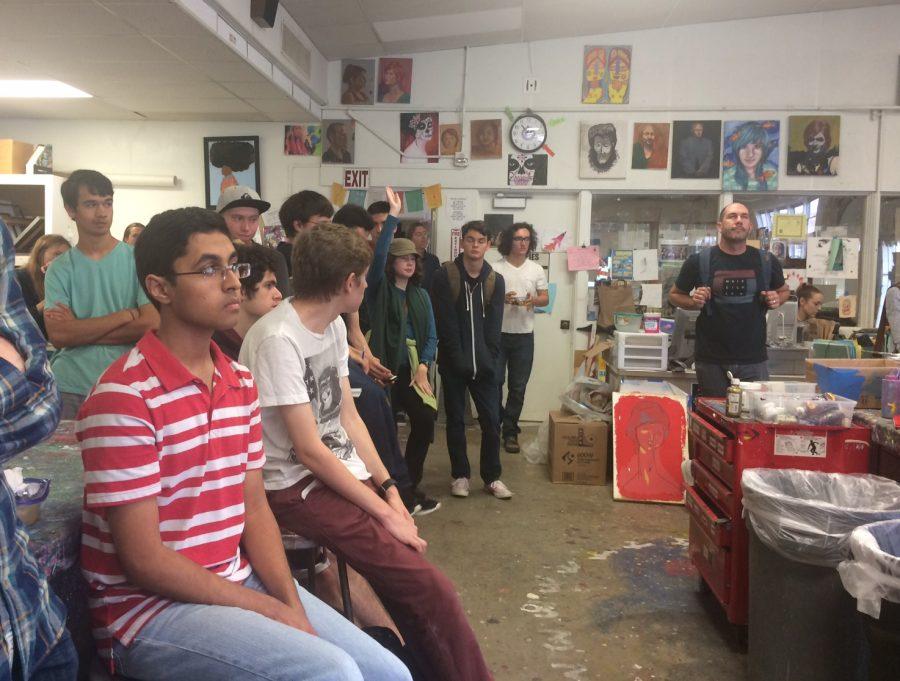 With homecoming coming up, students were concerned with the lack of a gender neutral homecoming court during this month’s Forum led by seniors Chloe Williams and Kim Quach in room 61.

The possibility of a gender neutral homecoming court was discussed at one of last year’s Forums, but according to senior director Oceana Haaland who spoke on behalf of ASB, the topic was not brought up again until after the voting had taken place. Students suggested that the homecoming court decide their own individual titles, proposing tsar and chancellor among others in place of the traditional king and queen.

Students were also concerned with the lack of solar panels for the new buildings that are currently being constructed. Solar panels are not part of Prop AA, which funds the construction, but there is room on the roof for solar panels in the future, said Principal Bjorn Paige. In order to ensure that the buildings are eco-friendly, Paige also mentioned that the plants around them will be drought resistant.

Students reflected on Cabaret Night which occurred about a week ago. Many were concerned with the lack of seating at the event, suggesting that the event be moved outside in the future. Concerns arose, however, regarding issues with tuning for the band students and issues with the concrete ground, which would affect certain theater acts. Senior Austin Dilley also proposed that Cabaret Night be held at La Paloma Theater so that more people would be able to attend.

Some students called for the revival of the spring dance this year. Senior Michael Vickery pointed out how for underclassmen the last dance of the school year is Formal, which occurs in February, meaning that student have to wait several months until the next dance, which is the Welcome Back Dance of the next school year.

Senior Lila Duga among others thought that the dance could work with some rebranding. Students suggested that ASB bring back the dance, advertising it as MORP or a goodbye dance rather than a spring dance. However, ASB advisor Rod Keillor still expressed concern regarding the lack of popularity of spring events in previous years.

The Forum went well, according to students.

“It’s a shame lunches aren’t longer because we always seem to go right to the bell,” Duga said. “The topics were great as usual and I think there were some good proposed solutions… I wish we could get some of the younger student to come because they might have problems us seniors have just come to accept.”