Some SDA students are planning to walk out of class March 14 in solidarity with the National School Walkout to prevent gun violence and school shootings. They will be joining high schools nationwide in walking out of class at 10 a.m. for 17 minutes, one for every person killed in the Parkland, Florida, school shooting exactly one month prior.

“The fact that [school shootings] are on anyone’s minds instead of focusing on their schoolwork is not ok,” said Stephen Baker, a junior organizing SDA’s contribution to the national event.

Students will not be disciplined for participating as long as they check in with their second period, participate peacefully, remain on campus and return to class “in a timely manner,” Assistant Principal Celeste Abdelnaby said.

The administration has met with organizers of the event and is not working to stop it. “We can’t impede on the First Amendment,” Camacho said. “Our focus is on guiding the safety of our students in their right to express their opinions.”

An email sent to parents throughout the district March 9 reaffirmed this, and added that “principals and teachers also recognize that not all students will want to participate in or support the walkout,” so all classrooms will still be supervised.

“We are very thankful to have the administration’s support,” Baker said after meeting with administrators and representatives from ASB. “Even though they can’t be involved in it… they are supporting the fact that we are using our student voices in a positive way.”

The event has primarily spread through social media, with Instagram account @NeverAgainEncinitas first posting about it Feb. 20. Some students have also since posted information about the event on their personal social media accounts, and many have changed their profile pictures to an orange peace sign with the words “WE ARE VICTIMS. WE ARE STUDENTS. WE ARE CHANGE” written around it  — the logo for the event.

The protest is not intended to support one political party or another, said junior Franchesca Finley, the other student organizer. “Obviously it does have to do with problems deep rooted in the government, but it’s more for our safety and our community and our country in general.”

Camacho said the plan is to keep the march on school grounds, likely towards a center courtyard. Baker said he would like to have the event on the Performing Arts Center amphitheater stage, where last school year’s walkout was held after the election of Donald Trump in Nov. 2016.

Students will speak at the event, Baker said. At the end, there will be a call to action in which students are told how to contact their representatives and voice their opinions on the issue, he said.

“If we don’t do anything at the end, you showed up and you left and you’re not making anything happen. That’s what a lot of people who are against the walk out are saying, like, ‘What is it really doing?’” he said. “We’re going to have things that every student can do.”

Women’s March Youth EMPOWER, the national organizers of this walkout, said future activism is part of their mission.

“We want Congress to pay attention and take note: many of us will vote this November and many others will join in 2020,” the group said on their official event web page.

Camacho said administration’s stance on this event is similar to last year’s walkout.

“I thought last year’s was done very well at all of our sites, and I anticipate this one will go just as well,” he said. “This is a very respectful campus. I think anything that’s planned can be done in cooperation with [safety] in mind.”

Some other high schools have threatened consequences such as three-day suspensions for participants, but over 250 colleges have released statements saying they will not count punishment from schools against students who choose to participate and apply to college, according to US News.

Moreover, the most severe legal consequence any school can impose on students for participating would be treating the absence like any other truancy, according to the American Civil Liberties Union; however, they cannot give extra punishment because of the context of the truancy.

While some national organizers have called for administrators and teachers to walk out with students, Camacho said administrators cannot express their opinions.

“They may be there in solidarity, but they’re not there in the call for gun reform or in the political aspect that it may take,” he said.

Both organizers described themselves as politically active, but recognized that “a lot of people don’t watch the news, and then they don’t know what’s going on,” Finley said. “[But] if I want something, I go for it, and if I don’t see something being done I like to go for it myself.”

Baker also encouraged those who are undecided about gun safety issues to participate.

“If you’re not sure if you believe in guns or the laws against them, I think it’s going to be really educational and you can learn a lot about it,” he said. “A lot of students feel powerless, and they feel like we’re younger, we can’t vote, we can’t have a voice. But we’re doing this, and having information on what you can do afterward gives you a voice, and that’s what students really need.”

Another march is planned for March 24, which is a Saturday event organized by some of the student survivors of the Parkland shooting. There’s also one April 20, which is another school walk out on the anniversary of the Columbine school shooting. Baker said he and Finley plan to organize something for the April date. However, he said it will likely not be an all-day protest, as some national organizers have suggested. 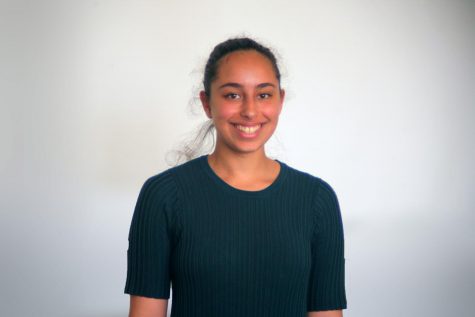 If you see someone trip over something, or even nothing, it’s probably me.