End the NRA’s Political Power. End the Sale of Assault Weapons. Would You Vote for Him? 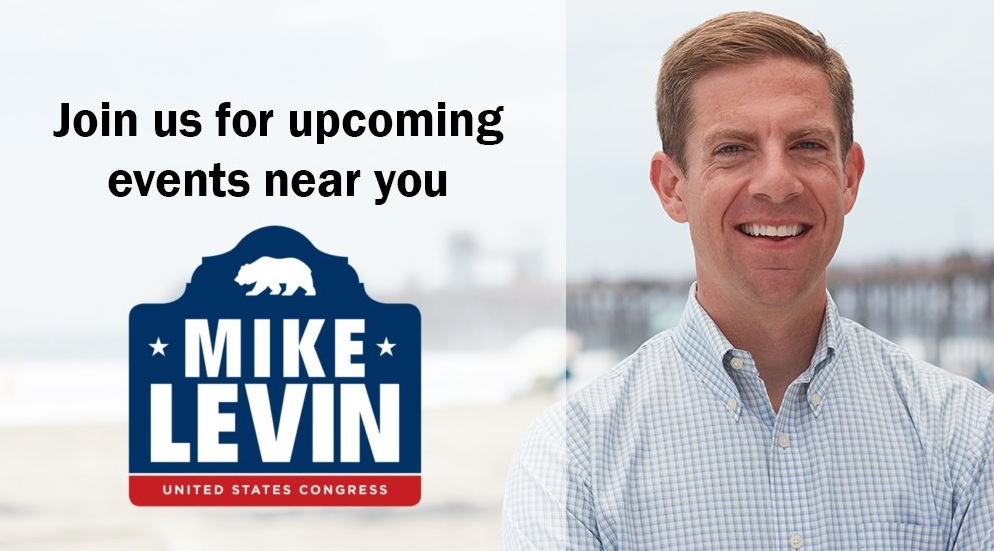 End the NRA’s Political Power. End the Sale of Assault Weapons. Would You Vote for Him?

Democrat Mike Levin is running for Congressman Darrell Issa’s seat in the House of Representatives, which represents Encinitas, and discussed his stances on gun control.

Levin said he would not take money from the NRA and would fight to end their political power. Levin does not believe in arming teachers and supports the banning of AR-15 automatic rifles on a go forward basis.

Would you support raising the legal age to buy a gun to 21?

Would you accept campaign support from the NRA?

No way. I think that that’s an excellent question for all candidates and that we should reject any candidates that are willing to take a contribution from the NRA…One of the Republican candidates, [Diane Harkey], said that she would take contributions from the NRA and I think viewers should know that.

I certainly support banning them on a go forward basis. In terms of confiscating those that are already owned, I would have to look into that more but there is certainly no need for any new sale distribution or manufactured assault weapons….If somebody is looking for a handgun in self-defense, I understand their constitutional right to have a handgun for self-defense or rifle for hunting. It’s an entirely different thing than a weapon that’s intended for the battlefield or heavy artillery intended for the battle field. I don’t think there is any place in our community for that.

Would you support arming teachers?

No. The other day I was dropping my son off at our local public kindergarten where we live in San Juan Capistrano. I dropped him off and he’s got a real nice little school there and I walk back in the car and I turn on the radio and I hear Trump talking about arming teachers. I just got so upset because I know it’s a very poor strategy. It’s not going to solve our problem of school shootings to have more guns at school. It’s only going to exacerbate the problem and I have two aunts that are public school teachers, retired now. They taught for decades. They will tell you that teachers have a lot on their plates. They don’t need to be responsible for having guns and trying to keep students from gun violence. It just makes no sense.

What do you want people to know about what you would do to prevent mass shootings and make schools safer?

I think that I would want people to know that I will fight with everything I have to try to stop the political power of the NRA. The NRA no longer represents the interests of the majority of gun owners, it represents the interests of the large gun manufacturers and there is a fundamental difference. We don’t need more guns. We need fewer guns and we certainly don’t need assault weapons. So your going to have a fighter and a champion for gun violence prevention if I’m honored to serve in congress.