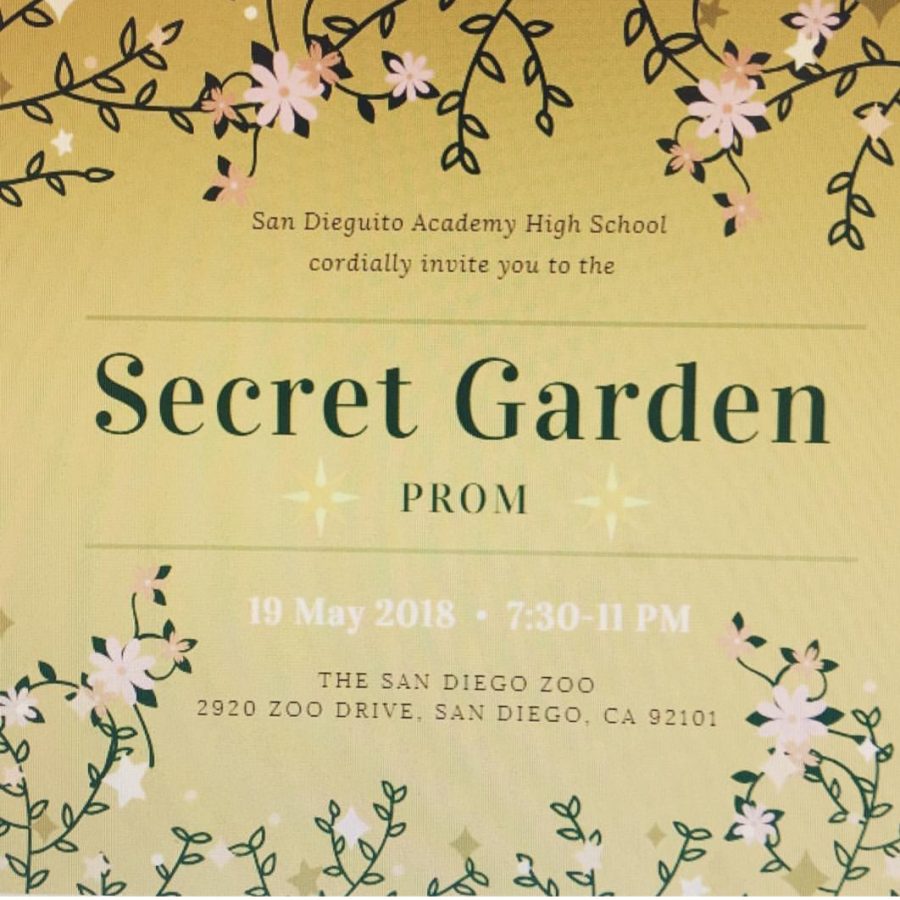 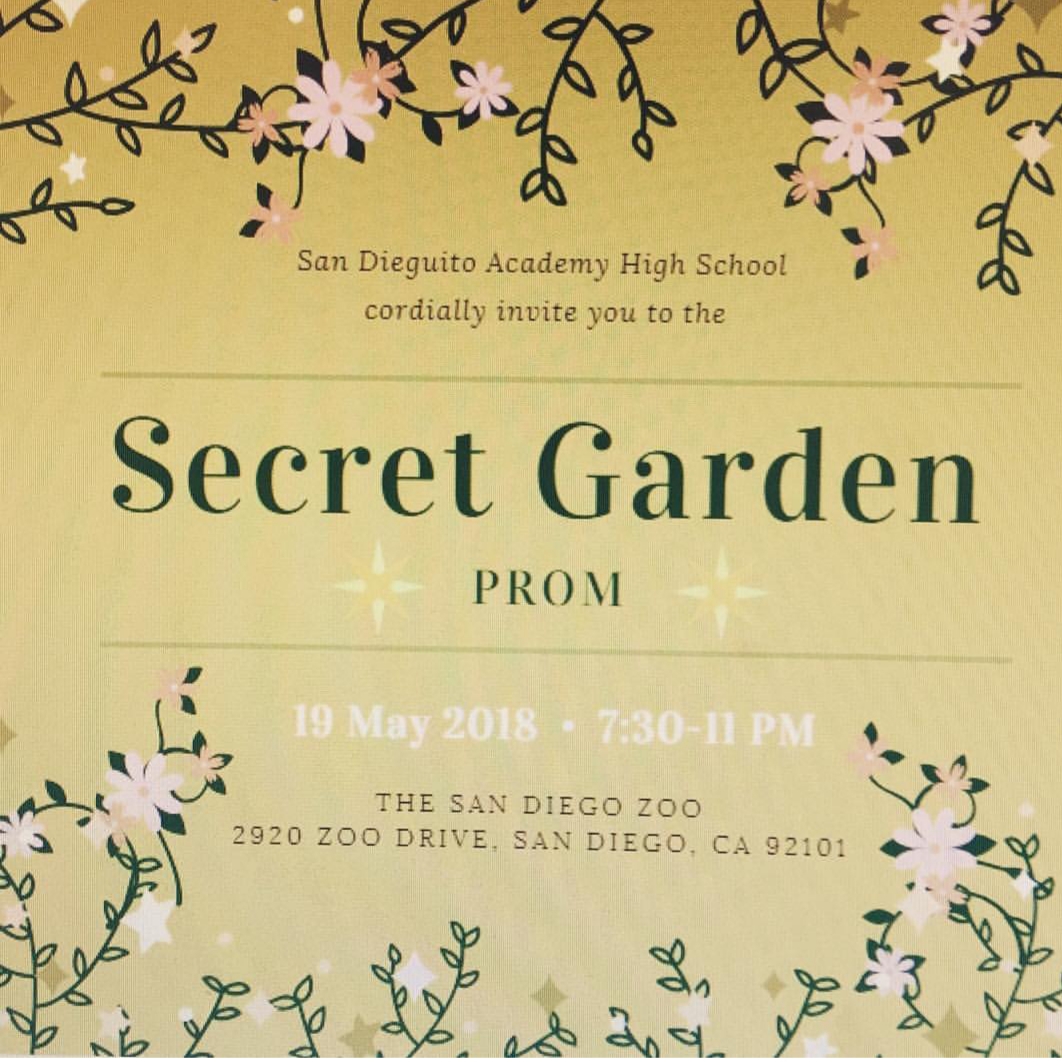 The prom theme was changed this week from Bollywood to Secret Garden following criticism from students at a meeting and a petition by alumni that it was cultural appropriation.

“The decision was made holistically with the assistance of [ASB director] Rod Keillor, our administration, the junior ASB directors…while considering all those outside and internal influences,” said Assistant Principal Robert Caughey. “Our goal here is always to be inclusive.”

“We actually had a very difficult time with it,” said junior director Holly Cook, “but we met with admin, we met with the principal, and all three of the vice principals and they actually decided that changing the theme would be necessary to make sure that our culture here at SDA wasn’t divided in any way, and so that nobody felt uncomfortable to dance, which we were ok with.”

For the past two weeks, the prom theme has been a subject of debate. A forum was held April 27 where student discussed concerns, some saying it was possible appropriation of Indian culture.

McCall Roy, one of the junior directors, said the theme was chosen to “appreciate another culture, and add…diversity.”

After hearing the results of the open forum, however, several SDA alumni petitioned the administration to change the theme.  SDA alums Benjy Malings, Ana Reyes, Andrea Reyes, and Dana Pede collected 75 signatures and 45 personal statements through social media. According to Ana Reyes, students that had graduated from SDA as far back as 2007 gave their support along with many others, despite the petition only being up for a little over 30 hours.

“There was a group of students and former students who believed that the Bollywood theme was not a cultural celebration,” Caughey said. “They were concerned that it wouldn’t be a celebration of Bollywood, but an opportunity for students to play Indian, so to speak, and… mock Indian culture.”

The alumni petition said, “We are not accusing students or the school of deciding the theme from a place of malice… [but] for the administration to allow the theme even after students expressed concern…would be irresponsible.”

The finished petition was handed to Principal Adam Camacho on Monday morning.

The final decision to change the theme was not influenced by one factor alone, but was made after considering all the items on the table, Caughey said.

“We didn’t want an event that was supposed to be a celebration…to be mired down by something such as this,” he continued.

Following the decision, ASB responded quickly and the new prom theme was selected on Wednesday.

“They’re great. Our goal was to look at it as a learning opportunity,” said Caughey, regarding ASB.

Cook and Roy said they continue to stand by their choice in picking the Bollywood theme. “I think it was blown a little out of proportion because of the rumors that were made,” said Roy.

“[It was] something that has to be done, but we would have never decided to change the theme,” said Cook.

“If I [had seen this coming], I definitely would have advertised the educational aspect of what we were doing way sooner…so people would know the steps we took instead of making all these rumors,” said Roy.

Junior director Tasha Gardiner said she supported the new theme, as long as it was something that everyone at school could enjoy.

“I think it was definitely challenging to change the theme two weeks prior to the actual dance, however the…ASB mission statement is to unite the school together…so I think that changing the theme was the best decision,” said Gardiner. “It was able…to put on an event that everyone at SDA can appreciate and not create a divide.”

The theme change will not affect the prom date and some of the activities from the previous Bollywood theme, such as the Skyfari ride, will remain. According to a post on the @sdastudentlife ASB Instagram, this year’s prom will include a DJ, the Skyfari, silent disco, live bands, flip books, airbrush tattoos, and flowers.

“I do want it to be said that the junior directors did an outstanding job,” said Caughey. “They did copious research, they reached out to community centers, and really did focus this event on being a celebration…really celebrating different cultures, vibrancy, etcetera.”

“At the end of the day, we’re just hoping to put on an event that the whole school can…have fun at…after finals and AP exams,” said Gardiner.

Cook said, “I’m just excited that we can now have a theme that everybody will be happy about and bring the school together, and hopefully…it’ll be fun for everyone to attend.”